Taxpayers have spent at least $23B on pipeline subsidies and supports since 2018: report. 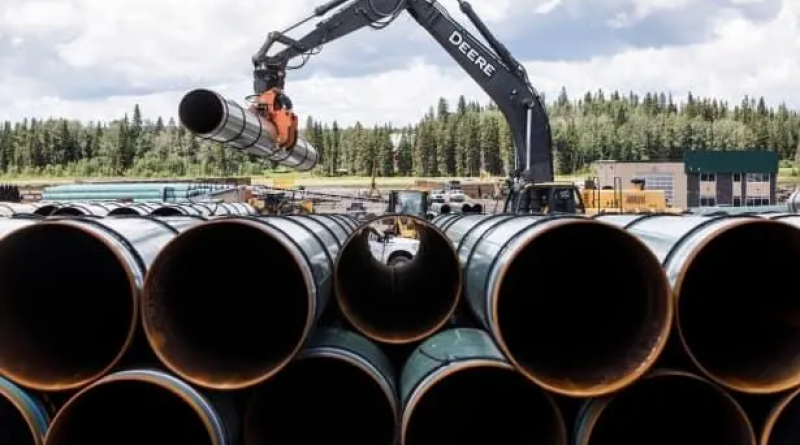 As calls to end government subsidies of fossil fuels grow in intensity, a new report finds that Canadian governments have allocated billions of taxpayer dollars to building and expanding new pipelines in the past year alone.

According to the International Institute for Sustainable Development (IISD), Canadian governments have deployed at least $23 billion to support pipelines since 2018. This is highest figure for government subsidies and supports for the fossil fuels industry ever reported, IISD said.

Nearly half of that sum — $10 billion — was earmarked after the COVID-19 pandemic hit, the IISD report states.

"The amount we have seen since the pandemic has started is really alarming," IISD's Vanessa Corkal said.

IISD and other environmental groups state that this rise in public financing is happening after Canada and other G20 countries pledged in 2009 to phase out "inefficient" fossil fuel subsidies.

CBC News has reached out to the federal and Alberta governments for comment.

"In the past year, there has been a lot more movement globally calling out public finance for fossil fuels," Corkal said. "We really wanted to show the level of Canadian support governments are putting towards fossil fuel export infrastructure."

The federal and Alberta governments have together allocated at least $15.3 billion for Trans Mountain and its expansion, the IISD report says. Owned by the federal government, the expanded pipeline is expected to carry about 890,000 barrels per day when it's in service in 2022.

The federal government has supplied the project with nearly $11.3 billion in loans and related credit support and $35.3 million to cover expenses. Ottawa has allocated another $4 billion to cover environmental liabilities and underwrite an emergency fund Alberta established in 2018. The report says the Alberta government has spent $25.75 million on promotional campaigns to bolster support for the pipeline.

The Alberta government committed $7.5 billion to the Keystone XL project through a mix of equity investment and a loan guarantee, the report found. The White House revoked the project's permit earlier this year; TC Energy formally terminated the project in June.

Alberta's finance minister has said the province is only on the hook for $1.3 billion. Keystone XL had a planned capacity of 830,000 barrels per day and was supposed to run from Alberta to Nebraska. 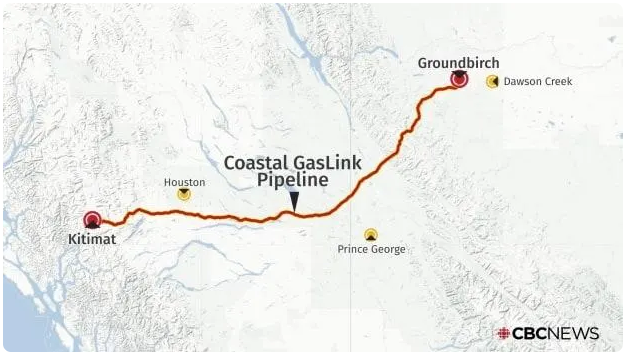 The 670 km Coastal Gas Link pipeline project could end up transporting up to 5 billion cubic feet of gas per day between Dawson Creek, B.C., and the LNG Canada facility at Kitimat, B.C.

In April 2020, the report states, the federal government committed to providing a $500 million loan to the pipeline's proponents: KKR-Keats Pipeline Investors II and a subsidiary of the Alberta Investment Management Corporation (AIMCo). The loan was provided through Export Development Canada, a Crown corporation which supports fossil fuel companies to the tune of billions of dollars per year.

Canada Action, an advocacy group for natural resource industries, said that such reports on fossil fuel subsidies need to be parsed carefully because they often lump together government programs that aren't specific to the fossil fuel industry.

On Monday, Canada Action's chief operating officer Lynn Exner said she did not have a chance to read an advance copy of the report before it was posted online today. She said that when you read the fine print, the subsidies energy companies receive often appear no different from the supports governments offer other businesses in Canada.

Exner also said reports like these often ignore how much the oil and gas sector subsidizes the standard of living many Canadians expect.

The Canadian Association of Petroleum Producers said it disagrees with the report's findings.

"The report cites several advisers who are vocal advocates of the phasing-out of our industry," said CAPP spokesperson Elisabeth Besson in a media statement.

Besson said that demand for oil will continue to grow over the next two decades and Canadian producers will need pipeline capacity to meet that demand at standards that exceed environmental and emission standards.

"When it comes to climate policy and environmental protection, Canada is already a leader, and many nations around the world need to take action to catch up," Besson said. "Attempts to stifle Canadian production can have only one effect: countries with lower environmental standards — and in many cases lower social, human rights and governance standards — will fill the void. We should be supplying Canadian energy to the world."