Take action to mitigate the effects of climate change in the Sahel. 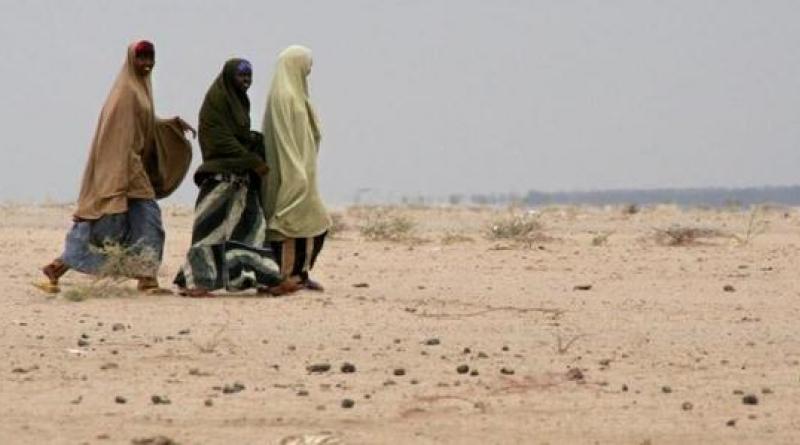 We beseech you, as our leaders, to make ‘climate action’ the spearhead of your policies so that the population can be protected against catastrophic outcomes.

In that endeavour, please kindly give careful consideration to adopting the following measures in the short term:

1) Enable farmers to increase the cultivation of crops suited to the prevailing climatic conditions - by providing relevant information and education, along with seeds and associated guidance.

2) Actively seek out young people, women and people living with physical disabilities in order to discuss future possibilities with them; free up funds to enable young people to work on infrastructure projects, including the reforestation of the region; provide information about the potential risks and dangers involved in leaving for Europe or elsewhere.

3) Take the lead in joint efforts and discussions aimed at bringing together the various tribes and ethnic groups and settling the long-standing disputes between nomadic pastoralists and farmers.

4) Initiate dialogue between representatives of the different religions and their factions so that their disagreements can no longer find fertile ground.

5) Carry out reform of our police systems in order to restore people’s confidence in their governments. Eradicate corruption to prevent the rich from living ‘above the law’. Give neglected judiciaries and justice systems all the support that they deserve, and actually need, in order to function effectively.

6) Ensure that soldiers and security forces receive adequate medical and psychological training and support, so that there will be no more of the retaliatory atrocities that have sometimes been committed in the past against civilians in the Sahel and elsewhere across Africa. As part of the fight against terrorism in the Sahel, insist on severe punishments being given to those involved in atrocities committed on civilians by the military.

7) Make a special effort to set aside the differences that exist between our nations and, instead, focus on shared aims. For example, agree to collaborate to solve those cross-border problems; help each other by lending special skills and expertise. Harness the abundant energy of the sun in order to bring clean water to the Sahel and to provide the electricity that can empower women, girls and whole communities.

8) Provide appropriate scientific information to the entire population so that everyone becomes encouraged to take their own measures to help alleviate the consequences of the climatic changes that are already occurring and very likely to increase.

9) Help us to hasten a general, widespread transition away from using wood and charcoal for cooking. Alternative supplies of fuel must be found if we are to seriously combat deforestation. Large-scale solar energy projects are the obvious solution for the cities and their surrounding areas, while solar mini-grids are perfectly suitable for remote locations. The full range of modern technology is available for us to use.

10) Negotiate more fervently for increased ‘green’ aid and investment from the developed countries whose industrial policies have caused this climate change. Remind them that it is in the interest of the whole world to have the African continent making sustainable progress. We could make a very significant contribution to the world.

Why is this important?

It is a well-known fact that the world is undergoing a man-made change in its climate and that the African continent is experiencing disastrous problems as a result of this change, even though it has contributed only minimally to the greenhouse gas emissions that have caused it.

In the Sahel region in particular, erratic rainfall and increased evaporation have led to desiccation, which causes repeated harvest failures and the disappearance of vegetation for grazing livestock.

As a result, young people’s futures are being undermined, so many of them migrate to the cities or to other countries in Africa and beyond. Some even feel forced to seek refuge in organized crime, which often develops into terrorism.

Africa: Millions of New Poor Are On the Way - Who Cares?