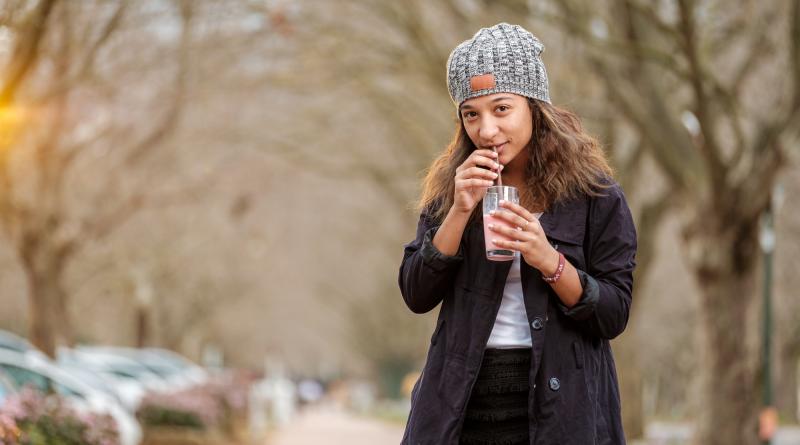 A 19-year-old South African student has created her own brand of edible, biodegradable straws.  Leila Siljeur, a chemical engineering student of Stellenbosch University, developed Eat Me Straws as a solution to combat the proliferation of plastics and its impact on the environment, particularly the ocean. She’s also of the opinion that paper straws, which are supposedly greener alternatives, are not durable.

“Our beaches are filled with plastics, and it is estimated that there would be plastics than fish in the ocean by 2050 … Last year, I came up with the design of a straw that one eats like a gummy bear or dried fruit, but can withstand being in a wet substance,” she said.

18 billion pounds of plastic waste flows into the oceans every year from coastal regions. A huge number of marine life are lost because of this, at least 100 million marine animals die annually, due to plastic pollution. Though unverified, it is widely predicted that if things continue as they are now, the ocean will have a tonne of plastic for every three tonnes of fish by 2025, and by 2050, the ocean would have more plastics than fishes.

News24 reports that the teenager conceived the idea for her brand of straw in 2o18 during an entrepreneurship session with her mentor at the Allan Gray Orbis Foundation. She and a team of eight young girls began researching and experimenting until they came up with something that works. Her straws come in three ranges; regular, vegan, and health, and are the texture of liquorice.

The regular straws are made of gelatine, the vegan straws are plant-based, and health straws are fruit-based with no sugar. Eat Me Straws can also be infused with alcohol, on order. Siljeur says she makes red wine or gin-infused straws for bars and restaurants.

In July, her environmentally-friendly innovation won her a R50,000 prize at the National Jamboree for entrepreneurs organized by the foundation. Now she’s looking to scale production and sales with the money. Before the win, she and her team had been selling the straws in small batches and per customer specification at R2 each to students in her university.

With a R50,000 capital, Siljeur and her team plan to take her business to the next level by mass-producing Eat Me Straws and supplying them to large supermarkets and fast-food chains like Spar, Pick n Pay, KFC, and McDonalds. “We would like to sell them to these types of stores so that they can distribute them. Then it doesn’t come directly out of the consumer’s pocket,” she said.

Guardian to be first national newspaper with biodegradable wrapping