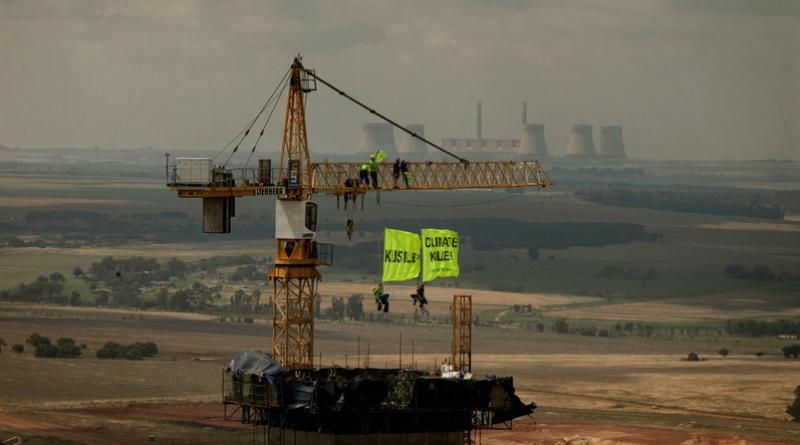 Environmental campaigners in South Africa are hoping to influence a presidential initiative on accelerating the energy transition to bring forward the end of coal burning.

South Africa currently produces 3.6% of the world’s coal, as much as Europe, and generates over 90% of its electricity from the fuel, mainly in Apartheid-era power stations in the country’s north-east.

In September, the government said it would aim to reach net zero emissions by 2050 — making South Africa the first major developing economy to embrace that goal. But the plan still allows a place for coal in the energy mix beyond that date.

To achieve the goal, president Cyril Ramaphosa recently set up a Presidential Climate Change Coordinating Commission to advise his government on how to ensure a just and fair transition away from coal for communities and workers dependent on the industry for their livelihoods.

Its members, which include environmentalists, trade unions and business groups, will get together four times a year for five years, form working groups and come up with recommendations to government, business and civil society.

Speaking to Climate Home News, commission members are anticipating conflict over the pace of transition, how to reskill fossil fuel workers and whether more methane gas will be needed to provide power while coal is phased out and renewables are rolled out.

Among the six climate campaigners on the 22-strong commission, Bobby Peek, director of Groundwork South Africa, and Greenpeace Africa political adviser Happy Khambule told Climate Home they would argue for a much faster coal phaseout.

Khambule wants the government to adopt a hard phaseout date and an “actual just transition plan” by the time the country submits its next climate plan under the Paris Agreement around 2023-25.

Most of the country’s coal-fired power plants are operated by a state-owned firm called Eskom. Mandy Rambharos, who heads Eskom’s just energy transition work, told Climate Home that “for now,” the utility was following the government’s 2019 resources strategy. It forecasts CO2 emissions from electricity generation to grow until 2025 as two new coal power stations are brought online, then plateau between 2025 and 2035 before declining.

Eskom will reduce emissions faster if it can do so without negatively impacting jobs or energy capacity, Rambharos said. The pace of transition will depend how quickly they can get renewables up and running, she added.

But coal mining companies and unions are expected to resist a faster coal phase-out. Trade unions have three representatives on the commission, while business associations which include fossil fuel companies have two.

Among them is Joanne Yawitch, CEO of the National Business Initiative, whose members include coal mining firms Anglo-American and Exxaro. Yawitch recently praised the companies’ transition plans and told Cape Talk radio: “We will be mining coal for some time to come in South Africa”.

For Bobby Peek, of NGO Groundwork South Africa, resistance from unions and coal workers is inevitable. “You can’t blame and you can’t just discard that resistance. We must remember that, for our sins, the South African economy was set up to get cheap, black labour to dig out coal, gold and platinum in very dangerous situations.”

“People rely on this, despite it being a harmful economy,” he added, “and now to say to people that we’re going to stop this only livelihood you know and we’re going to shift. It’s a lot because people rely on it… but we know that when a mining company leaves an area, they don’t leave that town wealthy, they leave that town dead. You can speak about South Africa, the Zambian copper belt, Congo, Chile, Peru, India. It’s the same all over.”

Rambharos said Eskom’s modelling shows that, although there won’t be a 1:1 job replacement, a transition to solar and wind could create more jobs than it would lose. The analysis doesn’t include any manufacturing of renewable equipment.

Ultimately, the transition will require re-training coal workers. Eskom’s coal turbine engineers could be reskilled to work on renewable turbines and coal miners could work in gold or platinum mines, Rambharos said.

Khambule, of Greenpeace, warned that all mining jobs are dangerous and are being lost because of automation. There is “lack of vision” if all Eskom sees is “black bodies… mining the hell of anything that’s available,” he said.

In 2019, there were 51 deaths in South Africa’s mining industry which mining minister Gwede Mantashe described as a record low. “From coal to gold, it’s death,” Khambule said.

Instead, he pointed to the US, where coal miners are learning to code and to Spain’s just transition plan and added that South Africa’s coal areas are also good for agriculture and tourism. “The jobs are there,” he said.

The committee is also likely to argue over whether methane gas should be used as a ‘transition fuel’. Rambharos said that in order to avoid power cuts while shutting down coal and rolling out renewables “we might have to look at bring in some natural gas”.

Khambule opposed this. “We don’t have the luxury to jump from one fossil fuel to the next,” he said.

The case for turning South Africa’s coal fields into a renewable energy hub.