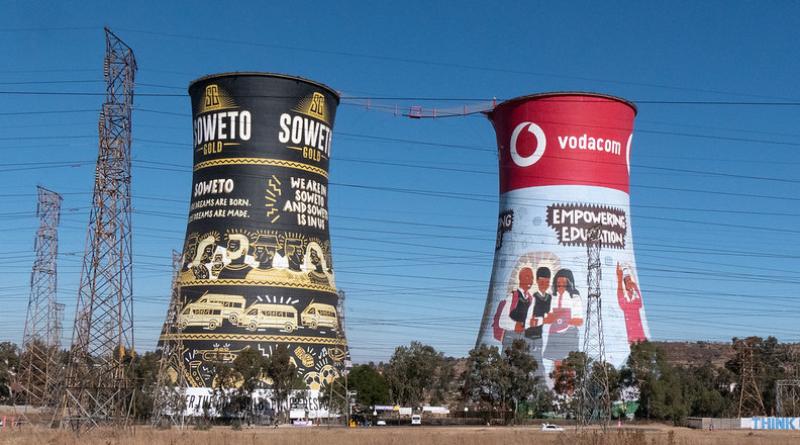 In a low emissions strategy, South Africa flagged an aspiration to become a net zero economy by 2050, but its energy plan foresees a continued role for coal.

The South African cabinet has approved a goal to reduce greenhouse gas emissions to net zero by 2050, but it still plans to burn coal on this date.

The government called the Low Emission Development Strategy (LEDS) “the beginning of our journey towards ultimately reaching a net zero economy by 2050”.

The strategy is a response to the Paris Agreement’s call for countries to set out long-term climate strategies. It draws together existing policies, planning and research across economic sectors. Among these is the Integrated Resource Plan (IRP), which is how South Africa plans its electricity supply.

The 2019 version of the IRP outlines a transition from polluting coal generation to renewable sources like solar and wind. But 5,000 MW of coal power capacity is forecast to still be operating in 2050.

New coal power stations are under construction in Kusile and Medupi, with another 1,000 MW expected to come online by 2030.

Plants in Khanyisa and Thabametsi were planned to meet this but there are now doubts about whether they will go ahead after Khanyisa’s water license was taken away by a South African court and its funders pulled out.

Deborah Ramalope is an analyst at Climate Analytics and was previously part of the South African delegation to UN climate talks. She told Climate Home that building new coal capacity was “not justifiable” and would prove expensive and environmentally damaging. Coal should be phased out by 2040, she said.

Alina Averchenkova, researcher at the Grantham Institute, agreed that building new coal power plants was not consistent with reaching net zero – unless the country plans to invest in “expensive” carbon capture and storage technology.

Currently, more than 90% of South Africa’s energy is generated from coal, mainly mined and burned in the country’s north-east by state-owned utility provider Eskom. The government wants to reduce this figure to 45% by 2030 and plans to shut down and repurpose some older coal power stations to achieve this.

As the coal industry employs many people in South Africa, the government has emphasised the importance of a ‘just transition’ to clean energy, finding miners alternative employment.

Mandy Rambharos is Eskom’s head of just energy transition. She told Climate Home: “We can’t be irresponsible. As we are shutting down plants, how do we replace that so that we have the electricity options still but also ensure that we’re not impeding on socio-economic developments?”

While closing down old power plants, the government wants to invest in renewables. The LEDS says South Africa has “favourable conditions for wind power” and is “ideal for solar power”.

Eskom’s ability to invest has been hampered by its colossal debt levels of around R480 bn ($29 bn). To get around this, Rambharos said, the company is looking for partners to invest in large-scale projects with them and has had “a lot of genuine interest”.

The government is also trying to get renewables built by private companies through its Renewable Energy Independent Power Producer (REIPP) scheme. They say this has mobilised over $15 bn of investment.

Secretary of the Climate Justice Coalition Alex Lenferna said the scheme had been a success between 2014 and 2016 but there had been no bids and no large-scale renewables projects since then.

He labelled the country’s renewables policies “a shambles”, adding that renewable energy was artificially capped “in order to force in new coal, more gas and also try and get nuclear into the mix. So we’re pushing for more expensive energy so we can support coal rather than embracing low-cost renewable energy.”

Ramalope said the “stop-start approach” to REIPP had been caused by differing levels of enthusiasm from energy ministers and had damaged investor confidence. But, she said, a recent announcement of investment in 6,800 MW of renewables, mainly solar, had given her hope.

Another positive development, she said, was the creation of the Presidential Climate Change Co-Ordinating Commission (PCCCC). The government says this 24-member body will have a R10m ($0.6 m) annual budget and “coordinate and oversee the Just Transition [away from fossil fuels]”.

It will be chaired by a Presidential nominee and as such is expected to have more power than the relatively weak environment ministry.

Rambharos said President Ramaphosa was committed to the energy transition and regarded it as a personal priority. “He’s quite sincere when he talks about the climate issues. I think he’s serious,” she said, “although I should caution you that I’m an optimist!”

The PCCCC still has to be approved by parliament, which has a backlog because of Covid-19 delays, before it is created. Its chair and members will then be appointed. A climate change bill will also go to parliament shortly.

Like every signatory to the Paris Agreement, South Africa must submit its updated climate plan to the UN by the end of 2020. Rambharos said the government had told her this too had been delayed by Covid-19. Stakeholders will be consulting on it soon and it should go to government and parliament early next year and be finalised by June 2021.

The investment case for energy transition in Africa.