Sort your greenwashing from your black carbon with The Independent’s climate jargon buster. 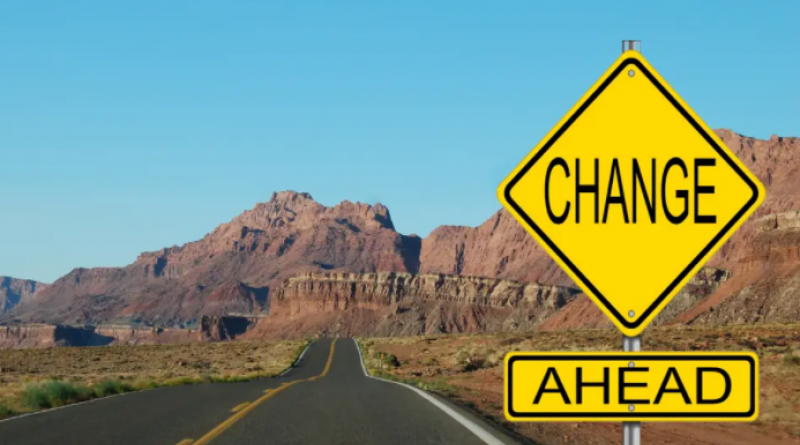 Live in a climate of confusion no longer. Here’s our handy guide to the essential words and terms required to understand the biggest issue facing our planet

Bad things are happening and we need to understand these things to try and stop them. One of the bad things is the climate crisis. The climate’s going all wrong.

As humans have begun to wonder if it might be our own activities that are making the weather do crazy stuff, over the last few decades a whole new vocabulary has sprung up.

It is a wild combination of science, slang and everything in between, but staying up to date with words and terms is vital. Without comfortable familiarity with the essential terminology, we are powerless to understand, debate and tackle problems.

Thursday 22 April is Earth Day, an annual international date on which people around the world demonstrate support for environmental protection. This year, Earth Day coincides with a US government summit on the climate crisis, which is expected to have a significant bearing on the UN’s Cop26 climate summit in November at which major decisions governing how countries will reduce their harmful impact on the world will be set out.

So with this in mind, The Independent has collated a list of words, terms and expressions, concepts, phrases and idioms, parlance, jargon and all the rest of the assorted mumbo jumbo connected to the climate and environment you might hear or read, with what will aim to be as clear a definition as possible.

The current geological epoch has unofficially become known as the anthropocene. It is defined by human impact on Earth.

The Arctic is heating up twice as fast as other parts of the world. This climate phenomenon is known as Arctic amplification and is caused by factors including lessening ice and snow cover – in the past, greater snow and ice cover would have reflected more of the sun’s energy back into space. As it melts, darker land and sea are exposed, which absorb more energy, helping to create a feedback loop of warming.

Any fuel which is derived from biomass – matter which was once part of, or is made up from, living organisms, or their waste. It is considered a renewable energy source.

The sooty particles which are emitted during the incomplete combustion of fossil fuels, biofuels and biomass. It is a key component in fine particulate matter which makes up much air pollution which is dangerous to health. It also contributed to global warming by absorbing sunlight and heating the atmosphere. When it lands on snow and ice, its sunlight absorbing qualities mean it can stop them reflecting the sun’s energy back into space.

Widely used as shorthand for ignoring the climate crisis and focusing on financial gain which damages the planet.

However, it is also often used to denote a climate scenario in which little meaningful action is taken to reduce emissions of greenhouse gases, resulting in worsening outcomes for life on Earth.

Carbon is a relatively uncommon element, making up just 0.02 per cent of Earth’s crust, however, it forms more compounds than all the other elements combined.

This is the process of capturing waste carbon dioxide – often from industrial processes – transporting it to a storage site and then depositing it securely so it will not enter the atmosphere.

The technology is still in its infancy, though many countries and companies are currently depending on it to help them “offset” their emissions, rather than actually bringing down their emissions.

This gas is made up of one carbon atom and two oxygen atoms, and its growing abundance in our atmosphere is one of the biggest issues we currently face, because it acts as a greenhouse gas.

While it does occur naturally – for example as a byproduct of photosynthesis by plants – humans are releasing vast quantities of it through burning fossil fuels.

There are six main greenhouse gases which when released into the atmosphere warm the earth. To simplify this, total greenhouse gas emissions are often spoken of in terms of ‘carbon dioxide equivalent’, which is the amount of carbon dioxide which would result in the same amount of warming. However, all the gases have different potencies and last different amounts of time, so the comparison is not very scientific.

The total greenhouse gas emissions caused by doing something. The bigger the footprint, the more pollution the activity generates and the worse it is for the planet. It is expressed in terms of carbon dioxide equivalent.

For example, the carbon footprint of an economy class direct return flight from London to Paris is around 0.11 tonnes of CO2e, while from London to Sydney it is 4.97 tonnes.

The carbon footprint of just 100 grams of beef is between 25-50kg CO2e, while producing 100 grams of protein from peas emits just 0.4kg CO2e.

This is a scenario in which an activity results in no overall gain in the amount of greenhouse gases being emitted. This can be done by either offsetting the emissions, or removing them, both of which are difficult, but planting trees is the most reliable.

This is the natural absorption and storage of carbon by plants such as trees, algae, plankton, seagrass and the mosses and plants which form peat.

Losing a little common currency due to a ban in 1989, CFC stands for Chlorofluorocarbon. CFCs were common in aerosol sprays until scientists realised they were destroying the protective ozone layer. These potent greenhouse gases recently returned, causing damage to the ozone layer, and were traced to a source in China.

Average weather conditions measured over a long period of time.

Changes in average weather patterns which have occurred relatively quickly. Global warming is one part of climate change. More extreme weather occurring more frequently is also part of it.

What is a Cop? The letters stand for Conference of the Parties. Over three decades, governments have met almost every year to agree the framework by which they aim to tackle the climate crisis.

The meeting in Glasgow in November 2021 will be the 26th such meeting.

Cutting or burning forests and woodlands results in there being fewer trees which can absorb and store carbon dioxide.

This is used as shorthand for greenhouse gas emissions – largely from the burning of fossil fuels.

Environmental, Social, and Corporate Governance. These are the three key factors often used to measure the sustainability and societal impact of an investment in a company or business.

Oil, coal and gas are the main fossil fuels, along with tar sands and bitumens. They all contain carbon and all come from deposits left billions of years ago by organic matter produced by photosynthesis.

The greenhouse gases are, in order of abundance:

And the fluorinated gases:

Carbon dioxide accounts for about 80 per cent of all greenhouse gases in the atmosphere, but methane, which makes up about 10 per cent, is much more powerful, though over a shorter amount of time.

Nitrous oxide accounts for about 7 per cent and the fluorinated gases, which are synthetic and very powerful greenhouse gases emitted from a variety of industrial processes, making up the remaining 3 per cent.

Falsely appearing to be environmentally friendly when in reality the opposite is true. A blatant example is oil companies which have trumpeted their green credentials while fossil fuel extraction is still rising.

As environmental concerns rise, greenwashing is becoming a growing problem as PRs attempt to make companies appear more ecologically aware than they really are.

The Intergovernmental Panel on Climate Change is a UN agency which reviews and assesses the world’s best scientific studies relating to the climate crisis and provides detailed appraisals of how desperate the situation is becoming.

The second-most abundant greenhouse gas, methane is 86 to 105 times more potent than carbon dioxide in terms of disrupting the climate over a 20-year period. Some of the key sources of methane include melting permafrost in the Arctic, oil and gas extraction – including fracking, cattle and sheep farming.

This stands for Nationally Determined Contributions – a rather dry term, but one which is vitally important. NDCs are the aims each country sets themselves to reduce the emissions causing the climate crisis. They also set out how the country will adapt to the impacts of climate change.

It is hoped that ahead of the Cop26 in Glasgow, countries will set out the most ambitious NDCs yet, in order to radically reduce greenhouse gas emissions and prevent the world from warming more than 2C above pre-industrial levels.

In principle, reaching net zero means reducing all of the greenhouse gases being emitted until they are in balance with the same amount of gases being drawn out of the atmosphere.

But although governments and organisations around the world are setting out their paths to reach net zero in the future, the term has no rigid definition. Grey areas include how greenhouse gas emissions from activities are counted and calculated, how they are realistically cut, the true figure for what is still being emitted, and how remaining emissions can be dealt with on a massive scale.

Use of the term has increasingly become associated with greenwashing (see above).

Also known as carbon offsetting, this is the same principle as carbon neutrality or reaching “net zero”. Offsetting is a way to claim an individual, organisation, company or government has compensated for their emissions by funding an equivalent carbon dioxide saving elsewhere. Typically this is through tree planting, however, not enough tree planting could ever take place for every individual or company to offset emissions this way.

Other offsetting projects include making investments in clean energy.

The 2015 Paris agreement was the centrepiece of the Cop21 climate summit in Paris. The legally-binding accord set out a global framework to avoid dangerous climate change by limiting global warming to well below 2C and pursuing efforts to limit it to 1.5C above pre-industrial levels.

Global warming today is measured to “pre-industrial” levels, but this isn’t just a vague period before the first coal power stations fired up. The IPCC uses the reference period of 1850 - 1900 to represent pre-industrial temperature.

Human-induced warming reached 1C above pre-industrial levels around 2017 and, if this pace of warming continues, is on course to reach 1.5C around 2040, according to the IPCC.

This is the theory that various ecosystems in the world could, or have already hit, certain levels of degradation at which point a feedback loop would begin making the problem worse. Examples include loss of sea ice allowing the earth and sea to absorb ever more energy from the sun; melting permafrost releasing methane into the atmosphere which has a greenhouse effect and further warming more areas of permafrost; deforestation in rainforests impacting weather patterns which could turn tropical areas dry, causing yet more deforestation.

Another tipping point scenario is one in which runaway global warming tips us into a “hothouse Earth” state, where carbon dioxide levels soar and the resulting greenhouse effect warms the planet rapidly, melting ice sheets so oceans engulf coastal cities, coral reefs are eliminated and vast swathes of the Earth are left completely uninhabitable.

A metropolitan area which is significantly warmer than its surroundings. As populations increasingly move to cities, this is becoming a more salient issue - and one which could inform urban design in the future.

Not to be confused with climate. Weather relates only to the day-to-day atmospheric conditions around the world, while climate refers to averages over much longer periods.

An abbreviation for Extinction Rebellion. The global environmental movement was founded in the UK in 2018 and has the stated aim of using nonviolent civil disobedience to compel government action to avoid tipping points in the climate system, biodiversity loss, and the risk of social and ecological collapse.