Shedding light on the Hitachi/ABB joint venture and why renewables play a key role. 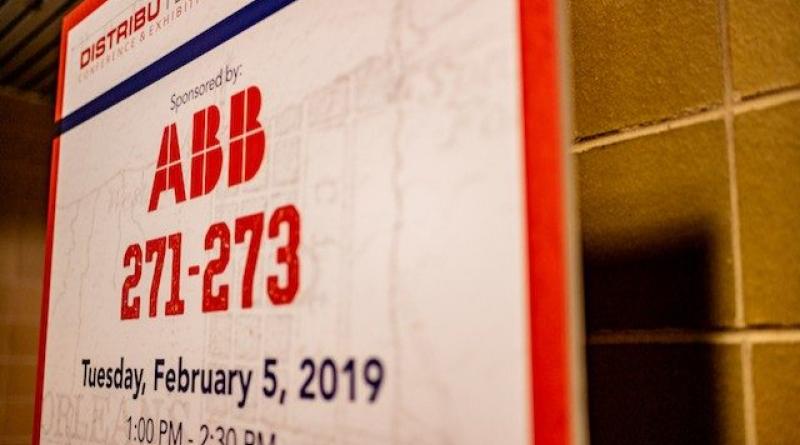 During DISTRIBUTECH 2019, Terrance Donnelly, COO at ComEd said that utilities aren’t in the utility business anymore. Perhaps the same can be said for major energy players like GE, ABB and Hitachi who are also transforming their organizations to meet the renewable future.

First, according to Facchin, the world is moving toward renewable energy.

“There’s no discussion anymore,” he said, adding “renewables are taking the lion’s share.”

What is less understood and less studied, he said, is the enormous change in how consumers are using electricity. From e-mobility to the adoption of solar PV, smart city initiatives and energy-hogging data centers, there is a electrification taking place today at scales never before seen.

“All of that puts much higher complexity into the equation especially when it comes to the linking point between generation and consumption, which is the transmission and distribution part. That's where we come in, right in the center of that,” he said.

So a few years back, ABB decided to invest both in the distributed side of energy management and the transmission of bulk power, said Facchin. “Because that's another key element driving all of this complexity.”

In addition, he said that the company realized because of the speed and the scope of the change in the energy delivery business, it could not approach these two disruptions differently via a siloed approach. “We can only address this horizontally,” he said.

Modernizing and expanding the grid everywhere

Trending alongside these grid modernization initiatives taking place in the industrialized world, there is also a drive toward just bringing electricity to those who do not have it in the developing world. This, according to Massimo Danieli, Group Senior VP of Grid Automation at ABB, presents an enormous opportunity for companies like ABB.

He said that the developing world can leapfrog the western world in terms of using the latest grid technology, and they can adopt the most cutting-edge technologies even faster.

“We are executing digital substation projects in India at a much higher rate than we are in other countries in the western world, said Danieli. “Similarly, in Africa, investments in digitalization technologies like asset performance management are happening as fast as they happen in the U.S.,” he added.

Are utilities in North America falling behind in grid modernization, then? No, said ABB’s Head of North American Power Grid Anders Sjoelin. He believes if there is any “drag” at all, it is due to the slow regulatory process that utilities must deal with and the fact that substations are critical infrastructure.

“I think utilities have done a fairly good job [keeping up with new technology], said Sjoelin.

In fact, Sjoelin said the perception that utilities are slow to adopt new technology in North America might come from the fact that technology is evolving so fast and consumers are adopting new technology so quickly. “Something which three or four years ago would have been seen in a science fiction movie, is now a reality,” he said.

“If you look at a utility with 500 or 1000 substations, when they make a technology decision it has to make a full roll out,” added Facchin. “There are pilots, then tests and demonstrations to make sure it's reliable, safe and it's the right thing because it’s an investment for the next 20, 30, 40 years and its mission critical infrastructure.”

So globally, what we are witnessing is a convergence of energy generation with transmission and distribution, where we have grid modernization driven in part by renewable energy on one hand and a push toward developing large-scale renewable energy generation capacity on the other hand. So perhaps that’s why major energy companies can no longer afford to take a siloed approach to serving their customers —where generation is on one side of the business and T&D is on the other side of the business.

While the ABB executives declined to discuss many details about the ABB/Hitachi joint venture (the deal won't close until 2020), they did acknowledge that this convergence is part of it. And they are not alone.

In January, GE announced that it was combing its grid services business with its renewable energy generation business so that its customers can have one point of contact for all of their renewable power needs.

ABB’s announced joint venture with Hitachi serves a similar purpose for the two energy players. Facchin said that Hitachi is strong on the generation side and the consumption side of the equation through smart cities and electric mobility and ABB is that peg in the center.

“So they are missing the part right in between which is not a standalone anymore,” he said.

“We bring transmission and distribution as a global leader and they bring the rest.”