Sexual harassment is rife in many African media workplaces 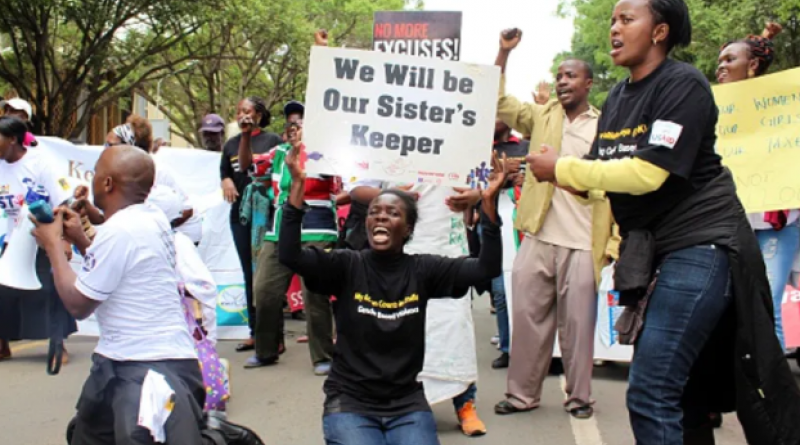 Survivors of sexual violence around the world have begun to speak out more in recent years. This has happened partly due to the #MeToo movement, which began in 2006 in the US and gained momentum through high-profile cases like Hollywood executive Harvey Weinstein and actor Bill Cosby.

On the African continent, several countries have seen the movement gain ground. In Kenya, there was the #mydressmychoice campaign while in Nigeria the #ArewaMeToo campaign mobilised survivors and activists. In South Africa, women have used several campaigns including #EndRapeCulture, #AmINext campaign and #TheTotalShutdown to demand change. And in Malawi, journalists took to the streets in November 2020, in a march against rape and sexual abuse.

The un-silencing of survivors may have accelerated in the past few years, but the response from organisations remains haphazard at best. Consequently, across many sectors there is little incentive for survivors to come forward. The policies that are meant to protect people from sexual harassment are often opaque or nonexistent. Moreover, punishment of perpetrators is rare and retribution for survivors who report it is common.

Included on the long list of problematic industries is news media. When the #MeToo movement took off globally in 2017, it triggered new research into the prevalence of sexual harassment in media. But much of the inquiry focused on the west, with almost no attention on the global south.

Women in News defines sexual harassment as unwanted and offensive behaviour of a sexual nature that violates a person’s dignity and makes them feel degraded, humiliated, intimidated or threatened.

The results show little helpful action is taken when survivors report this behaviour. Organisations still cultivate unsafe work environments in which their staff seldom report it. If they do, their claims are likely dismissed. Or the accused is merely warned. The negative cycle silences survivors and empowers perpetrators.

This project employed two methods for data collection: a survey of media personnel, distributed online, and in-depth interviews with media executives conducted online through video calls. The approach was designed to understand patterns of sexual harassment in newsrooms, and monitor perceptions of officers with positions of power within media organisations.

The survey responses were anonymous and interview participants were assigned a pseudonym to protect their identity. Data collection began in July 2020 in Botswana, Kenya, Malawi, Rwanda, Tanzania, Uganda, Zambia, and Zimbabwe. It ended in November 2020.

The survey was completed by 584 participants and 32 in-depth interviews were conducted with managers and executives.

When people imagine sexual harassment in the workplace, they may assume it’s a powerful man in a senior position targeting junior employees. And certainly, that happens. But higher management accounted for only about 20% of perpetrators in our survey. Participants also reported the perpetrators as fellow employees at 38%, direct supervisors at 22%, and outside news sources at 17% (participants could also choose “other”). In sum, sexual harassment is so ubiquitous that it could happen to anyone and come from anyone.

With the serious emotional and psychological effects of sexual harassment on survivors and the unsafe work environments it cultivates in newsrooms, it would seem logical for news organisations to make eliminating it a top priority. Sadly, this isn’t the case.

A secondary problem is that only a third of survivors ever report their experiences to their organisation. The most common reason given was worry that it would have a negative impact on their job or reputation. The second most common reason was a lack of a reporting mechanism. This would imply that organisations lack the infrastructure for survivors to report and that a negative atmosphere around reporting instils fear.

When we looked at cases where survivors did report, we found that organisations responded to only 42% of them. The most likely response was to warn the perpetrator. Only four participants said the perpetrator was fired, and eight stated the perpetrator was suspended. Survivors risk their reputations, status, retribution and further trauma to come forward. Those who do are likely to be failed by their organisation’s lack of response.

What news organisations must do

Without proper accountability and due process in place, sexual harassment will continue in the news media and workplaces around the world. A lack of reporting and consequences will also continue. News personnel will fear the backlash. Many survivors choose to leave their jobs and even the media industry to get away from harmful newsrooms. Those who stay risk future sexual harassment, anxiety, feeling disempowered, and many other negative consequences.

News organisations need to adopt policies with zero tolerance for sexual harassment. These must clearly outline what sexual harassment is, how survivors can safely report it, procedures on how complaints will be given due process, and consequences for perpetrators. Staff need regular training and survivors need support.

Out for Sustainability: The Intersection of the LGBTQIA+ and Environmental Movements

Breast ironing is a harmful practice to young girls that isn’t getting sufficient attention.