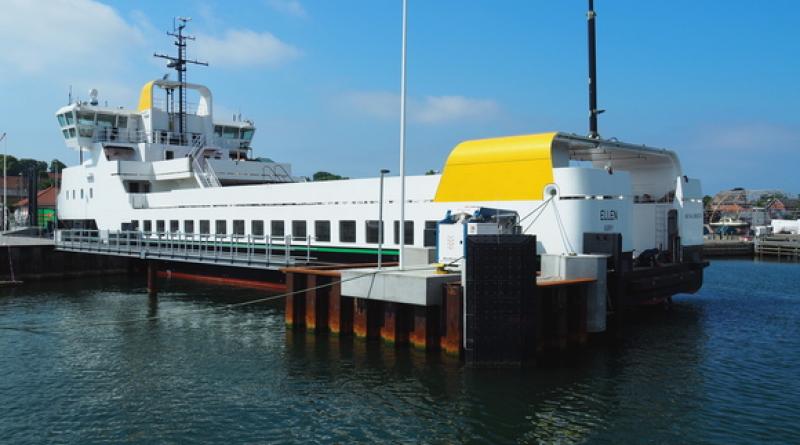 Controversy has dogged the shipping sector's response to the climate crisis for decades. The industry may only account for three per cent of global emissions, but it is routinely accused of lagging other sectors in its decarbonisation efforts and as susch is projected to generating over a tenth of worldwide emissions by 2050. Rules governing the industry are set by the UN's International Maritime Organisation (IMO), which in 2018 agreed a target to cut greenhouse gas emissions by 50 per cent by 2050. But progress towards that goal has since been slow, with measures seen as being among the most effective mechanisms for curbing emissions in the short-term - such as mandating speed reduction or imposing tighter emissions limits - repeatedly kicked into the long grass.

In one area, however, solutions are within grasp - and they could provide a catalyst for change across the industry. Short-sea shipping refers to journeys undertaken close to shore. In Europe, the sector accounts for 40 per cent of all freight moved - a proportion that's set to increase, as firms seek to minimise the congestion, inefficiency, and air pollution that comes with transporting goods by land.

By nature, short-sea shipping is well-suited to electrification. Vessels are rarely far from ports where they can be recharged for onward sailing and ther fuel requirements of shorter journeys can be navigated using constantly improving battery technologies. But despite this low-hanging fruit, little attention has been given to greening the sector, which remains hugely reliant on carbon intensive and dirty diesel technologies.

Now that's finally beginning to change. Playing a lead role in the shift is the Danish firm Danfoss, which is turning its years of experience developing electric drivetrain technology for land-based vehicles to the marine sector.

By enabling the marine industry to switch from a combustion to an electric system, Danfoss offers short-sea operators all the benefits of going electric: not just the flexibility to source power from renewables, freeing the vessels from polluting diesel, but also offering much greater energy efficiency. A combustion engine converts just 30 per cent of its energy to motion, while 70 per cent is wasted, principally as heat. "With electric motors, 98 per cent of the power is actually doing the work you want it to," explains Kimmo Rauma, VP of Danfoss Power Solutions.

A further benefit is the greater simplicity of electric power systems. A typical combustion engine has 20,000 to 30,000 moving parts, while an electric motor has just one. The result is slashed maintenance costs and enhanced reliability. The same benefit that has become obvious to electric car drivers is particularly advantageous for ships, as it reduces the number of essential crew members, helping to cut labour costs, and ensures ferry and shipping operators facing tight margins spend less time with their ships on the sidelines awaiting repairs.

While there is huge scope for electrification in the context of cargo, Danfoss's projects so far have focused on passenger transport. In Sweden, Danfoss installed its Editron drivetrain technology in the country's largest hybrid-electric car ferry, capable of carrying up to 80 vehicles and 300 passengers. The 100-metre vessel is propelled by 12 battery racks with a total capacity of 949kWh, and operates mainly on fully electric mode, charging at night in an onshore charging station.

The Editron system is also used in the Ellen ferry in Denmark, currently the world's most powerful electric ferry, covering 22 nautical miles with a 4.3MWh battery pack and no back-up generator on board.

While Scandinavia has provided an ideal crucible in which to develop this technology, Rauma sees the potential for the biggest impact elsewhere. For now, he's focused on the overcrowded port cities of south-east Asia. In Hong Kong, for example, air pollution kills an estimated 3200 people a year, with 30 per cent of the city's notoriously smoggy pollution coming from short-sea shipping.

In nearby Taiwan, Danfoss's electric system is already powering Asia's first electric ferry in the city of Kaohsiung, retrofitting a boat that transports eight million people per year.

"The old ferry was noisy, it vibrated, you could see the gas in the air, everyone was wearing masks," Rauma recalls. "Now it's totally silent and there are no exhaust fumes. When you look around, at people's faces, you can really see the impact it's having on their daily lives."

Danfoss's electrification technology is not about to tackle the most intractable challenges facing the shipping industry, such as how to decarbonise deep sea shipping, any time soon. "We're far from being able to power those journeys with batteries," admits Sverre Steen, head of the department of marine technology at the Norwegian University of Technology and Science. But the emerging market for electric shipping is providing an arena to experiment with new technology, enabling an innovation pipeline that could help decarbonise longer and more difficult journeys. Experts are optimistic improvements in battery technologies, fuel cells, hybrid drive trains, and biofuels could all yet navigate a route to full decarbonisation for the shipping industry. "Liquid Natural Gas was developed for short-sea shipping in Norway, and then taken on longer ocean voyages," Steen notes.

SDG14 remains one of the most daunting of the world's sustainable development goals and delivering on it will likely require the full decarbonisation of one of the world's oldest and most fossil fuel reliant industries. The shipping industry has a long journey ahead of it before it finds a sustainable course, but short-sea shipping and pioneering electric ferries can help lead the way.