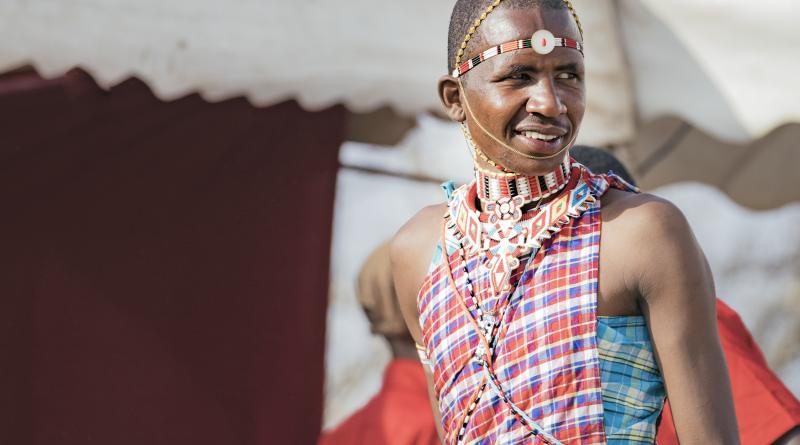 Jenerik Lekilelei, a Samburu warrior from Kenya, was named as one of three finalists shortlisted for the Tusk Award for Conservation in Africa in the category which highlights pioneering individuals who are coming up as leading conservationists.

Lekilelei has been recognized for his work with a non-governmental organisation, Ewaso Lions, where he is the director of Community Conservation.

Lekilelei mentors a new generation of conservationists and leads a programme, dubbed Warrior Watch, which converts young men who once killed lions into ambassadors for the species.

Lekilelei’s Samburu tribe is a pastoralist community in northern Kenya where young men traditionally hunt lions to prove their bravery. Having grown up as a livestock herder, Lekilelei admits that lions were constantly viewed as an enemy.

However, his perspective changed upon joining the NGO allowing him to appreciate the value of the species, whose numbers have been in decline in years. He also realised that humans hold the key to the survival of the big cats.

Lions are one of nine carnivore species listed in Kenya as endangered in the Wildlife Conservation management Act WCMA, 2013.

“I really want everyone to take ownership of lions and wildlife. It’s not just about me and my team, it’s about the whole community. We all need to save lions for our children. Without a balanced landscape, one that includes lions and other wildlife, we could also lose the plants and water that we also depend on for living,” Lekilelei said.

“I now realise how important it is that I am a shepherd of all animals in Samburu and without the wild animals, our domestic animals and our way of life are also threatened,” Lekilelei added.

Tusk’s royal patron, Prince William, noted the importance of recognising people who do great deeds in the field of conservation but hardly get the acclaim they deserve.

“Living alongside Africa’s precious wildlife means they each face huge challenges, but their bravery and determination to preserve all life on the planet gives me hope for the future,” the Prince said in a statement.

Lekilelei has been nominated alongside Dr Gladys Kalema-Zikusoka of Uganda and Tomas Diagne of Senegal.

The Tusk Awards for Conservation in Africa are organised by Tusk Trust, a conservation charity, in association with Investec Asset Management and are celebrated annually with several award categories.

Grandma Ca: the 99-year-old standing up to Vietnam's coal rush.