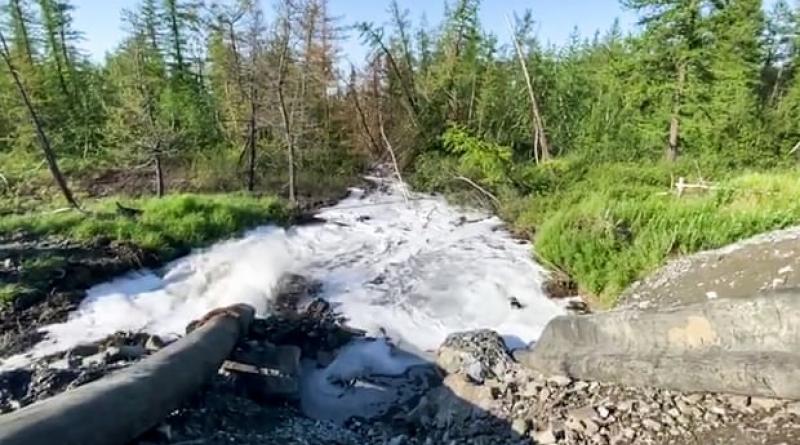 A Russian mining giant said on Sunday it had suspended workers at a metals plant who were responsible for pumping wastewater into nearby Arctic tundra.

A source told Interfax news agency on Sunday that about 6,000 cubic metres of liquid used to process minerals at the facility had been dumped, and that the discharge had lasted “several hours”.

It was impossible to determine how far the wastewater had dispersed, the source said.

Norilsk Nickel cited a “flagrant violation of operating rules” in a statement announcing it had suspended employees responsible for dumping wastewater from a dangerously full reservoir into the natural environment.

The incident occurred at the Talnakh enrichment plant near the Arctic city of Norilsk, the company said.

It comes a month an unprecedented fuel leak at one of the company’s subsidiary plants near Norilsk saw President Vladimir Putin declare a state of emergency. More than 21,000 tonnes of diesel leaked from a fuel storage tank, with the fuel seeping into the soil and dying nearby waterways bright red.

The Novaya Gazeta journalists reported the factory funnelled the wastewater into wildlife areas and hastily removed their pipes when investigators and emergency services arrived on the scene.

Heavy machinery used to clear the pipes appears to have accidentally crushed a car delivering officials to the scene, Novaya Gazeta reported. Interfax said no one was injured in the incident which was also investigated.

Police said they had received reports of “unauthorised dumping of liquid waste into the tundra” on the site of the facility, and had opened an enquiry.

Norilsk Nickel spokeswoman Tatiana Egorova said earlier on Sunday that employees at the factory had pumped out “clarified water” and that an internal investigation was under way.

Russia’s natural resources agency said the decision to remove water from the reservoir was taken to avoid an emergency after heavy rains and recent tests had caused water levels to increase dramatically.

The local emergency services in a statement said the wastewater was not likely to reach the nearby Kharayelakh river.

The massive fuel spill last month took place at a plant owned by a subsidiary of Norilsk Nickel, which had said that the fuel tank had collapsed or sank due to permafrost melting as a result of climate change.

Putin declared an emergency situation after the incident and the head of Norilsk Nickel, oligarch Vladimir Potanin, promised to pay the costs of the clean-up.

The Russian authorities said earlier this month they had cleared the spill from the surface of a river, but the full clean-up could take years.