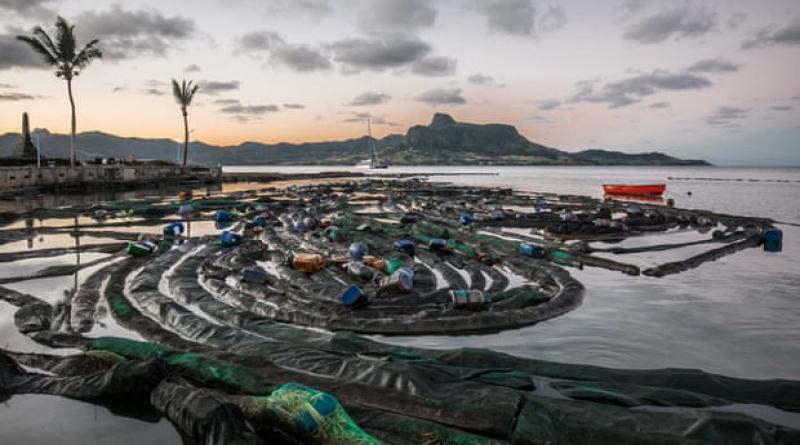 Incidents such as ship stranding in Mauritius stress need for quick and effective solutions.

Special sponges, magnetic soap and autonomous robots are among the latest wave of inventions aimed at tackling oil spills.

Incidents such as the MV Wakashio stranding in Mauritius in August can devastate the environment and threaten communities who rely on the sea or tourism for their livelihoods. They often take months or years to clean up.

Prof Vinayak Dravid and Vikas Nandwana, a PhD student, believe the humble sponge could be the key to fighting oil spillages in the oceans.

“As long as fossil fuels are still in circulation, there will always be oil spills,” said Dravid. “We wanted to create a technology which can make cleaning oil spillages much easier and, more importantly, much cleaner and safer for the environment.”

Dravid and Nandwana, both at Northwestern University, Illinois, have developed a sponge capable of selectively soaking up oil spills found in ocean water.

The sponge has a coating of magnetic nanostructures and a carbon-based surface that attracts oil and resists water. It binds to the oil molecules, capturing and storing the oil until it is squeezed out, and can absorb more than 30 times its weight in oil.

To mimic natural waves, the team put the sponge on a shaker submerged in water. Even after vigorous shaking, the sponge released less than 1% of the oil it had absorbed back into the water.

“We are confident this sponge could help save the fauna and flora on Mauritius’s shores,” said Dravid. “Its biggest advantage is how the sponge can be made into balls to be left in an oil-laden sand or soil pit. The oil will get absorbed in days, and the sponge can be reused.”

Last month three sailors died and one went missing after their tugboat capsized while clearing the Mauritius oil spill.

In June, Russia declared a state of emergency after 20,000 tonnes of diesel fuel spilled from a power plant in Norilsk into the Ambarnaya River, a main connector to the Arctic Ocean.

A decade on from the catastrophic Deepwater Horizon spill in the US, oil production has now outstripped pre-accident levels, raising safety concerns within the Trump administration.

Nandwana likened the sponge to a Swiss army knife of the future. “This is a nanoscale solution to a gigaton problem,” he said. “The oil recovered from our sponges can be sold back to who is responsible for the spillage. We hope after an oil recovery the sponge can be recycled and burned into soot for use as an electrode for lithium-ion batteries.”

Magnetic soap is another unusual option for cleaning up oil spills. Scientists from Bristol University have created a soap composed of dissolvable iron rich salts, which responds to magnetic fields when placed in solution. It is hoped the soap could one day revolutionise industrial cleaning operations and environmental clean-up procedures.

Prof Julian Eastoe, part of the team who developed the magnetic soap, hopes one day the soap may move into commercial usage. “The potential applications of magnetic surfactants are huge,” he said. “Their responsiveness to external stimuli allows a range of properties, such as their electrical conductivity, melting point, the size and shape, and how readily it dissolves in water, to be altered by a simple magnetic on and off switch.”

Self-driving navigating robots may be another solution. Carlo Ratti, the director of the MIT Senseable City Lab, pioneered the Sea Swarm robot in response to the Deepwater Horizon oil spill.

“This technology was conceived to be deployed anywhere it was needed – in oceans, rivers, or seas. It’s mostly useful in deltas and zigzagging coastlines where most of the other technologies fail,” Ratti said. “We all need to be accountable for the environment. Some accidents are still bound to occur, so we still need to develop mitigation or cleaning strategies.”

The robot can hold up to 20 times its weight in oil. It works as a fleet or “swarm” of vehicles communicating their location through GPS. Each robot consists of a head covered by a layer of photovoltaic cells and a conveyor belt covered with tiny wires. The cells generate enough electricity to propel the vehicles forward for several weeks at a time.

“As the head moves through the water, the conveyor belt constantly rotates and sucks up pollution,” Ratti said. “The nanowire-covered belt is then compressed to remove the oil. As the clean part of the belt comes out of the head, it immediately begins absorbing oil, making the collection process seamless.

After each use, the fabric can be heated to remove the oil. Once the oil is removed, the nanowire mesh can be recycled again and again. In terms of end of life, they are trackable, so they can be collected and disposed of.”

• This article was amended on 1 October 2020 because the ship stranded in Mauritius in August was not a tanker as an earlier version said; MV Wakashio was a bulk carrier.