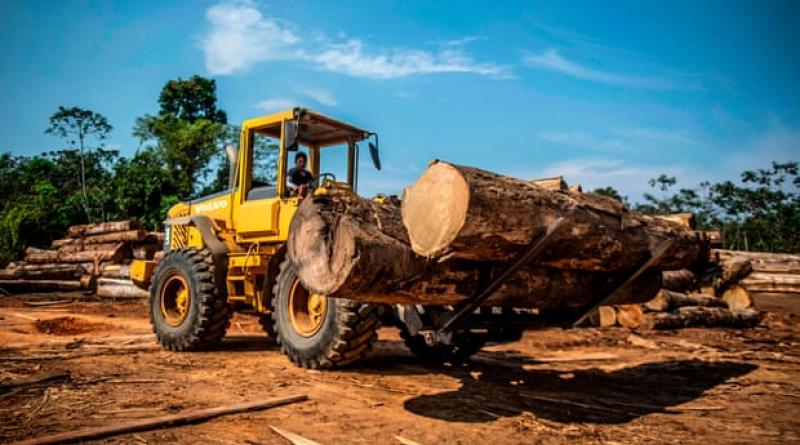 Researchers to tell UN that loss of biodiversity enables rapid spread of new diseases from animals to humans.

Scientists are to warn world leaders that increasing numbers of deadly new pandemics will afflict the planet if levels of deforestation and biodiversity loss continue at their current catastrophic rates.

A UN summit on biodiversity, scheduled to be held in New York next month, will be told by conservationists and biologists there is now clear evidence of a strong link between environmental destruction and the increased emergence of deadly new diseases such as Covid-19.

Rampant deforestation, uncontrolled expansion of farming and the building of mines in remote regions – as well as the exploitation of wild animals as sources of food, traditional medicines and exotic pets – are creating a “perfect storm” for the spillover of diseases from wildlife to people, delegates will be told.

Almost a third of all emerging diseases have originated through the process of land use change, it is claimed. As a result, five or six new epidemics a year could soon affect Earth’s population.

“There are now a whole raft of activities – illegal logging, clearing and mining – with associated international trades in bushmeat and exotic pets that have created this crisis,” said Stuart Pimm, professor of conservation at Duke University. “In the case of Covid-19, it has cost the world trillions of dollars and already killed almost a million people, so clearly urgent action is needed.”

It is estimated that tens of millions of hectares of rainforest and other wild environments are being bulldozed every year to cultivate palm trees, farm cattle, extract oil and provide access to mines and mineral deposits. This leads to the widespread destruction of vegetation and wildlife that are hosts to countless species of viruses and bacteria, most unknown to science. Those microbes can then accidentally infect new hosts, such as humans and domestic livestock.

Such events are known as spillovers. Crucially, if viruses thrive in their new human hosts they can infect other individuals. This is known as transmission and the result can be a new, emerging disease.

An example of such events is provided by the HIV virus, which in the early 20th century spread from chimpanzees and gorillas – which were being slaughtered for bushmeat in West Africa – to men and women and which has since caused the death of more than 10 million people. Other examples include Ebola fever, which is passed on by bats to primates and humans; the swine flu epidemic of 2009 and the Covid-19 virus, which was originally passed to humans from bats.

“When workers come into rainforests to chop down trees they don’t take food with them,” said Andy Dobson, professor of ecology and evolutionary biology at Princeton University. “They just eat what they can kill. So that exposes them to infection all the time.”

This point was backed by Pimm. “I have a photograph of a guy slaughtering a wild pig deep in the Ecuadorian jungle. He was an illegal logger and he and his fellow workers needed food so they killed a boar. They got splattered with wild pig blood in the process. It’s gruesome and unhygienic and that is how these diseases spread.”

However, not every emerging disease is caused by a single, major spillover event, stressed zoologist David Redding, of University College London. “In places where trees are being cleared, mosaics of fields, created around farms, appear in the landscape interspersed with parcels of old forest.

“This increases the interface between the wild and the cultivated. Bats, rodents and other pests carrying strange new viruses come from surviving clumps of forests and infect farm animals – who then pass on these infections to humans.”

An example of this form of transmission is provided by Lassa fever, which was first discovered in Nigeria in 1969 and now causes several thousand deaths a year. The virus is spread by the rodent Mastomys natalensis, which was widespread in Africa’s savannahs and forests but now colonises homes and farms, passing on the disease to humans.

“The crucial point is that there are probably 10 times more different species of viruses than there are of mammals,” added Dobson. “The numbers are against us and the emergence of new pathogens inevitable.”

In the past many outbreaks of new diseases remained in contained areas. However, the development of cheap air travel has changed that picture and diseases can appear across the globe before scientists have fully realised what is happening.

“The onward transmission of a new disease is also another really important element in the pandemic story,” said Professor James Wood, head of veterinary medicine at Cambridge University. “Consider the swine flu pandemic. We flew that around the world several times before we realised what was going on. Global connectivity has allowed – and is still allowing – Covid-19 to be transmitted to just about every country on Earth.”

In a paper published in Science last month, Pimm, Dobson and other scientists and economists propose setting up a programme to monitor wildlife, reduce spillovers, end the wildlife meat trade and reduce deforestation. Such a scheme could cost more than $20bn a year, a price tag that is dwarfed by the cost of the Covid-19 pandemic, which has wiped trillions of dollars from national economies round the world.

“We estimate that the value of prevention costs for 10 years to be only about 2% of the costs of the Covid-19 pandemic,” they state. In addition, reducing deforestation – which is a major source of carbon emissions – would also have the benefit of helping the battle against climate change, add the researchers.

“The rate of emergence of novel disease is increasing and their economic impacts are also increasing,” states the group. “Postponing a global strategy to reduce pandemic risk would lead to continued soaring costs. Society must strive to avoid the impacts of future pandemics.”