‘On a rampage’: the African women fighting to end FGM. 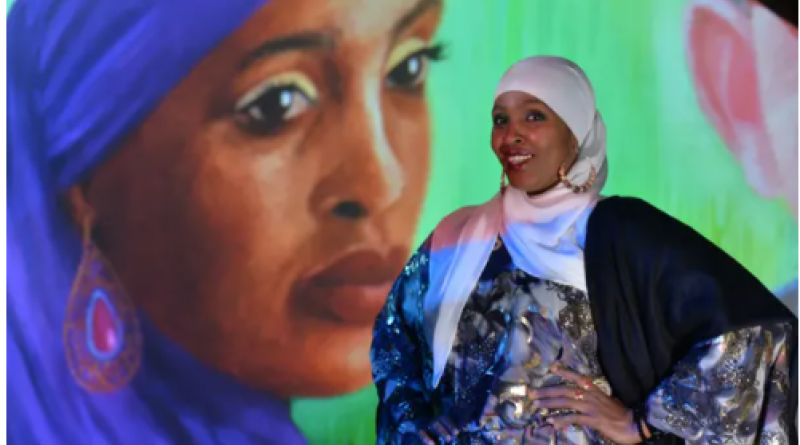 Female genital mutilation has revived under Covid but activists are pushing hard to save girls at risk.

It was when the phone started ringing with calls from worried mothers in Somalia that Ifrah Ahmed knew she was making an impact. The women told her their daughters had been bleeding for hours after undergoing female genital mutilation and asked what to do. Ahmed told them to seek medical attention, and probably saved lives by doing so.

The mothers called because they had heard the story of a 10-year-old girl who had bled to death after being cut in central Galmudug state in July 2018. It was the first confirmed death in years in a country where any complications arising from FGM are generally denied and it gained worldwide attention. The death was first revealed by a local activist who had been trained by Ahmed’s foundation in how to use the media to publicise her work.

Ahmed was herself cut as a child, and three years on from the girl’s death she, and many other activists, believe this grassroots approach is vital in helping to end a practice that causes immense emotional and physical harm, and often kills the victim.

“Grassroots campaigners play a big role in lobbying the government, speaking on behalf of children and raising awareness of the risks of FGM within the community,” says Ahmed, who advises the Somali prime minister on gender issues. “If it weren’t for the local activist we trained who was based in the area, we wouldn’t know the reality of the death of the girl … I don’t want any other girls to die from bleeding.”

Covid has placed millions more girls at risk of FGM as families have turned back to the practice during lockdowns. It has also resurfaced in countries, including Cameroon, where it had been largely abandoned. The procedure is performed for a number of reasons. In some communities it is a prerequisite for marriage; culture and religion are also used to justify it.

The UN has set a target date of 2030 to end the practice. Mireille Tushiminina, head of the UN programme dedicated to eliminating FGM, has a huge task ahead of her and recognises the role grassroots campaigners must play. “For us to address FGM, it requires us to have a holistic approach and have interventions at different levels – global, regional and national,” she says. “FGM is a social norm and any intervention needs to be context-specific.” She cites as an example the ability of activists to speak local languages.

Ahmed started the Ifrah Foundation, which aims to end FGM in the Horn of Africa, after she left Somalia to settle in Ireland. She has certainly seen the pandemic’s impact on FGM in Somalia, where an estimated 98% of females have undergone the practice – the highest level anywhere in the world.

When schools were closed during Covid, cutters were going into homes to convince mothers that their daughters should be cut. In response, Ahmed’s foundation trained 80 women in settlements for internally displaced people and distributed radios to receive broadcasts of anti-FGM messaging. Over the past five years, her foundation has trained more than 5,000 university students, MPs, community groups and religious leaders to speak out against the practice, debunking myths around the idea that FGM is a requirement under Islamic law.

Many campaigners use their personal stories of being cut in their activism, sharing testimonies that enable more powerful and impactful work.

In Sierra Leone, Lucy-Ann Ganda, director of administration and human resources for the Sierra Leone Broadcasting Corporation, trains journalists in how to report on FGM and funds their work through the Global Media Campaign to End FGM, which grew out of an anti-FGM campaign started at the Guardian. She has a network of about 60 journalists based around the country.

When Ganda was working as a reporter in 2006, FGM was a taboo subject and not spoken about publicly in Sierra Leone. Now the media landscape is changing. “We have weakened the silence,” she says. “Now people talk. The media is powerful – you are compelled to listen and you begin to understand and see [FGM] is not good.”

Her team of journalists create programmes featuring medical doctors who use diagrams and visual aids to show people the damage that cutting can cause. Survivors of the practice also talk on TV about their experiences and the health problems they have experienced that stemmed from FGM.

Between 2007 and 2019, the prevalence of FGM in Sierra Leone – as a proportion of women and girls who have been subjected to the practice – dropped from 98% to 86%, she said, adding that the next generation, who are more informed, are starting to rebel against parents who say they should be cut. “It’s a very serious issue here so that is why we are going on a rampage to let people know, so they don’t fall into the same trap as their elders.”

There is still a long way to go. “We are up against quite a huge and broad mandate with the sustainable development goals being off track and we are underfunded,” argues Tushiminina. “At the moment, we have over 200 million girls [and women] who have undergone FGM. We are trying to prevent 68 million more from undergoing the practice.

“Covid has given the opportunity to some perpetrators to go back and practise again,” she warns. “Unfortunately, that is the reality of gender-based violence increasing in a lot of countries.”

In a Victory for Women in Sudan, Female Genital Mutilation Is Outlawed.

New report ranks how friendly – or not – African governments are towards girls.