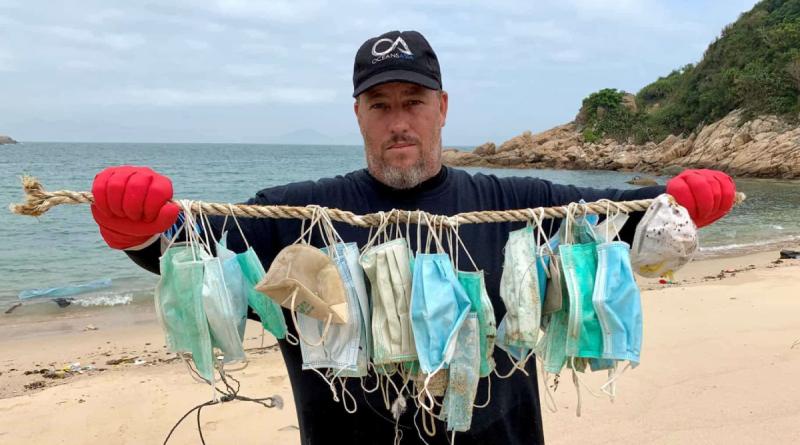 TORONTO -- Early on in the pandemic, it was starting to look like 2020 might be the year pollution disappeared.

You may remember the satellite images that showed a dramatic drop in air pollution over China as parts of the country went through the world's first coronavirus-related lockdown, or the quick-turnaround research that showed significantly improved air quality in many major global centres, or that people in some parts of India reported seeing the bluest sky they could remember in at least a decade.

What wasn't clear in those days was whether the temporarily lower levels of pollution would have any significant long-term effect, or if they could teach us anything about combating the climate crisis. One early study estimated that Europe's lockdown may have prevented 11,000 premature deaths linked to air pollution. Experts warned, however, that the causes of the improved air -- a sudden near-cessation of air travel, shuttered factories and emptier-than-usual roads -- were not sustainable, meaning any direct effect on the fight against global warming would likely be negligible.

More than half a year later, we're now getting a flood of scientific research into the relationship between pollution and the pandemic -- and it turns out there isn't much of an impact.

WHY THE POLLUTION DROP DOESN'T MATTER

The Global Carbon Project did report last week that carbon dioxide emissions fell by seven per cent this year, marking the highest drop on record. This was directly attributed to the pandemic-era stay-at-home lifestyle, and is not expected to persist as humanity turns the tide on COVID-19.

In India, meanwhile, the blue sky did not last. The smog returned, and there are new fears that stopping the virus may make the country's climate goals unattainable. With supply chains broken, the government is already firing up shuttered coal plants to help boost manufacturing capacity.

Other countries, however, are attempting to address the climate crisis and the pandemic simultaneously, adopting the mantra of "build back better" as they look to recharge their economies and make them more environmentally friendly at the same time.

OTHER IMPACTS ON THE PLANET

Air pollution has been the most visible connection between COVID-19 and climate change, but it's far from the only thing linking the two.

Take face masks, for example. This form of personal protective equipment has suddenly become ubiquitous, and even fashionable. But once the masks are discarded, they have to go somewhere -- and one report estimates that in far too many cases, “somewhere”ends up being the ocean. OceansAsia estimates that more than 1.5 billion masks will enter the world's oceans this year, creating thousands of tons of extra plastic waste.

In theory, decreased air pollution is good for our oceans. Oceans are a major absorber of carbon dioxide, even though taking in the CO2 causes acidification. Researchers at the University of Colorado measured to see if the drop in CO2 emissions meant less acidification -- and reported back that it was "almost impossible" to find any difference.

An estimated 50 million people worldwide were affected by both the pandemic and climate-related disasters this year, according to the World Meteorological Organization (WMO). When disasters struck, getting those in danger to safety was more difficult than in the past. The WMO relays the story of evacuations ahead of a cyclone hitting the Philippines; transporting 180,000 people took longer than usual because of the requirement for social distancing measures, and many of them had to be sent farther from their homes because emergency shelters could only operate at half of their normal capacity.

Not all of the ways the pandemic has affected nature have been negative, though. One new study reports that it pushed many Americans to spend more time outdoors. More than 25 per cent of those surveyed by University of Vermont researchers reported that they had spent time in parks this spring despite rarely or never checking them out last year.

Then there are the attempts to suggest that the economic recovery from COVID-19 should place a strong focus on green initiatives. The United Nations Environment Programme recommended a "low-carbon recovery" earlier this month, arguing that it could cut greenhouse gas emissions by 25 per cent by 2030. Specific reasons why Canada in particular could benefit from a green recovery are spelled out in this piece in The Conversation.

That's what we know, up to this point, about how the pandemic has affected the environment. But what abouthow our environment is affecting the pandemic?

Let's start with pollution, where we find mounting evidence that the condition of our planet's air may have exacerbated the spread of the virus. A team at the University of Geneva focused on correlations between worsening COVID-19 situations and fine particulate matter in the air. There's already an established connection between this matter and influenza, with higher concentrations of fine particulate matter being a telltale sign of an impending wave of influenza.

The Geneva researchers' findings suggest a similar relationship between fine particulate matter and the coronavirus. They reported that early virus spikes in London, Paris and Switzerland followed periods in which the amount of fine particulate matter in the air was at a peak -- concluding that it "is both reasonable and plausible" to believe that the amount of matter in the air aggravates the extent of COVID-19 spread.

Similar research out of the U.S. found a direct correlation between the long-term levels of fine particulate matter in the air in various communities and the COVID-19 reproduction ratio in the same places.

As researchers at Washington University in St. Louis put it, "the United States may have set itself up for the spread of a pandemic without even knowing it" by permitting levels of fine particulate matter above national standards.

But pollution making it easier for a virus to spread is only one piece of the puzzle. There's also reason to believe that the warming world is increasing the risk of infectious disease for many animal species, as American biologists reported last month.

Their explanation: Bacteria, viruses and other parasites have evolved to survive in certain temperature ranges, just as animals have. However, some of these infectious agents seem to be very effective at adapting to climate change – especially in situations where colder climates warm, which could be particularly alarming for wildlife in Canada. The biologists specifically singled out polar bears as facing this sort of increased risk.

There's danger here for humans, too, because most infectious diseases we pick up come from other species, just as the leading theory for the origin of the novel coronavirus involves bats.

More research is needed to figure out exactly how much impact climate change will have on pathogens that move between humans. More publicity might be helpful too, as recent survey results show that many people are not aware of the links between climate change and infectious disease – even though if ever there was a time to know about those connections, 2020 is certainly it.