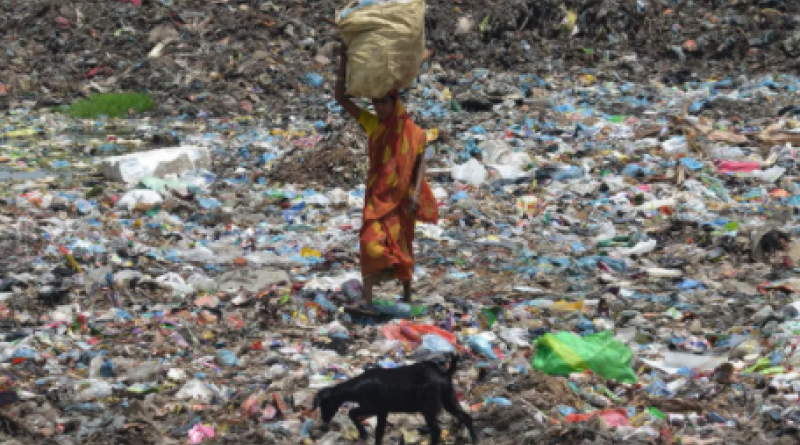 Plastic pollution isn't just a threat to non-human life like turtles and whales. It's also a major environmental justice problem.

"Plastic pollution is a social justice issue," report coauthor and Azul founder and executive director Marce Gutiérrez-Graudiņš said in a press release. "Current efforts, limited to managing and decreasing plastic pollution, are inadequate to address the whole scope of problems plastic creates, especially the disparate impacts on communities affected by the harmful effects of plastic at every point from production to waste."

The report provides several examples of how plastics harm vulnerable communities, according to UN News.

Production: Plastics come from oil, and oil extraction can be a highly damaging and polluting process. Indigenous communities are displaced for oil drilling, fracking pollutes drinking water and oil refineries pose a health risk to the African American communities along the U.S. Gulf Coast.

Use: Women are more likely to be exposed to toxins from the use of plastic, which is predominant in domestic and feminine products.

Disposal: Improperly disposed of plastic ends up in marine ecosystems, where it threatens the livelihood of those who rely on fishing to survive and threatens the health of those who consume it by mistake in their seafood. In addition, people who make a living waste picking are disproportionately exposed to its toxins.

"The impact of plastics on vulnerable populations goes well beyond inefficient and sometimes non-existing waste management systems," report lead author and senior research fellow at the Center for the Blue Economy Juliano Calil said in the press release. "It starts with issues related to oil extraction, through toxic environments and greenhouse gas emissions, and it even impacts water distribution policies."

The report authors noted that plastic use had only increased since the start of the COVID-19 pandemic and was becoming part of a "triple emergency" along with the climate crisis and biodiversity loss, UN News said.

To address these problems, the report favored several solutions. These included more studies into the health impacts of plastic; better monitoring of plastic waste; bans on single-use plastics; and more investment in waste management, recycling and reuse.

In a press call announcing the report, authors also spoke in favor of an international treaty to bring plastic pollution and production to an end, as Gizmodo reported. David Azoulay, the director of the Center for International Environmental Law's health program who did not help write the report, said its emphasis on human rights could help provide a framework for such a treaty.

"Considering rights-based approaches," he told Gizmodo, "is a very important step to developing a treaty that actually develops solutions."

GREENPEACE AFRICA: You are being force-fed plastic by wealthy countries

GREENPEACE AFRICA: Plastic waste is not going anywhere, unless...