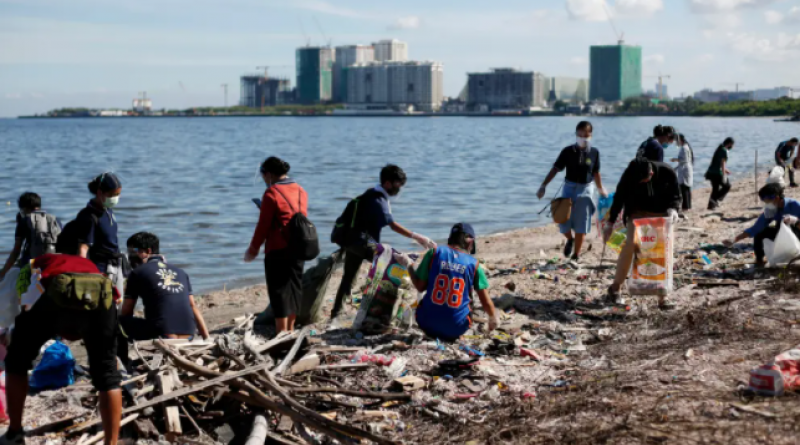 The world may be approaching an irreversible tipping point for plastic pollution, a group of scientists is warning, with impacts for both the environment and wider society.

In an article published inScience, scientists from Sweden, Norway and Germany wrote that there were “enormous” consequences for continuing to throw away plastics, which continue to be “poorly” recycled.

Figures for plastic waste entering the environment by 2025 are in the region of 9 and 23 metric tonnes per year, with warnings that by 2050, the world’s oceans and seas will be filled with more plastic than fish.

Most plastics that are thrown away eventually break down into tiny nano-particles through a process known as weathering, but according to the study, that will be impossible at future rates of waste.

Matthew MacLeod, the lead author of the study, said in an interview with SciTechDaily that while many countries were recycling, “plastic is deeply ingrained in our society, and it leaks out into the environment everywhere”.

Should rates of pollution reach a so-called tipping point, the scientists warn, there will be a collapse of habitats and species loss, and changes to the way in which the ocean removes carbon — which would increase temperatures globally.

”So far, we don’t see widespread evidence of bad consequences, but if weathering plastic triggers a really bad effect we are not likely to be able to reverse it”, said Mr MacLeod of a tipping point. “The cost of ignoring the accumulation of persistent plastic pollution in the environment could be enormous.“

The study argued a reduction in plastic is “the rational policy response” for governments.

“The rational thing to do is to act as quickly as we can to reduce emissions of plastic to the environment,” Mr MacLeod added.

Call for global treaty to end production of ‘virgin’ plastic by 2040.