Plastic petition by UK nine-year-old gains over 70k signatures in under a week. 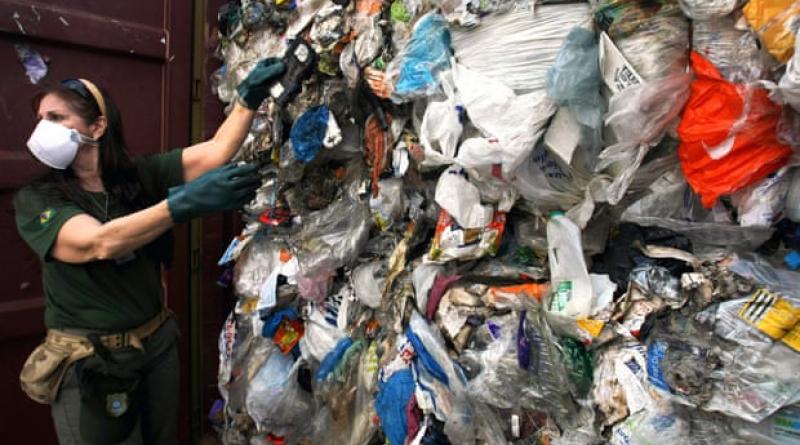 After studying how microplastics damage the oceans, schoolgirl Lizzie wants the government to stop sending waste to developing countries.

A petition by a nine-year-old schoolgirl calling on Boris Johnson to stop shipments of plastic waste to developing countries has received more than 70,000 signatures in less than a week.

Lizzie A*, who is studying plastic pollution in year 4, said she began the petition because sending Britain’s unsorted plastic waste to poorer nations is “unfair” and wrong. She took action last week after her mother, Esther, showed her a piece in the Guardian’s Seascape series, revealing the UK will continue to ship plastic waste to developing countries despite an EU ban on the practice from this month.

Lizzie, who wants to be a marine biologist or ecologist, said: “At school, we’ve learned about how plastic damages the environment and what happens to it over many years. It breaks down into microplastics and they harm marine life. I’m passionate about the ocean and I was upset at how plastic ends up in the ocean because of the exports.”

Waste that cannot be recycled usually ends up being illegally burned or dumped in landfills or waterways, from where it finds its way into the ocean.

She was particularly upset, she said, after learning that the practice will continue, albeit under new regulations, despite a Tory party manifesto promise to stop the shipment of unsorted plastic waste to non-OECD countries.

“I was very surprised about how Boris Johnson made a promise and he hasn’t done what he said,” she said. “We’re really lazy in not dealing with our own plastic ourselves. It’s a large amount of plastic. It’s 300 tonnes of plastic every day. When we send it to communities that can’t deal with it they burn it and lot of the smoke gets in the air and that can harm people.”

Her mother, Esther, a former teacher from Devon, said Lizzie has been checking the petition’s progress daily. She originally tried to register her petition on the UK parliament website, where the receipt of more than 10,000 signatories prompts a government response, but was rejected because of a duplicate petition already on the site. Lizzie is now writing a letter to her MP, the Conservative Simon Jupp, of East Devon, to ask if he can help persuade the government that it needs to act faster to honour its election promise.

“If parliament realises people are thinking passionately about plastic not being exported then Boris Johnson might ban it quicker,” Lizzie said.

A spokesperson for Change.org, the petition platform, said that the success of Lizzie’s petition was an outlier during the coronavirus pandemic.

“To reach 72,000 signatures in under a week is pretty fast moving,” the spokesperson said. “We have been seeing fast-moving petitions relating to coronavirus but to see a petition growing this fast on plastic pollution is a real clear signal people care about this issue.”

• This article was amended on 20 January 2021. An earlier version incorrectly stated that 100,000 signatories were necessary for a petition to prompt a government response.

A Girl from Mogadishu review – tragedy and joy in a daring escape.