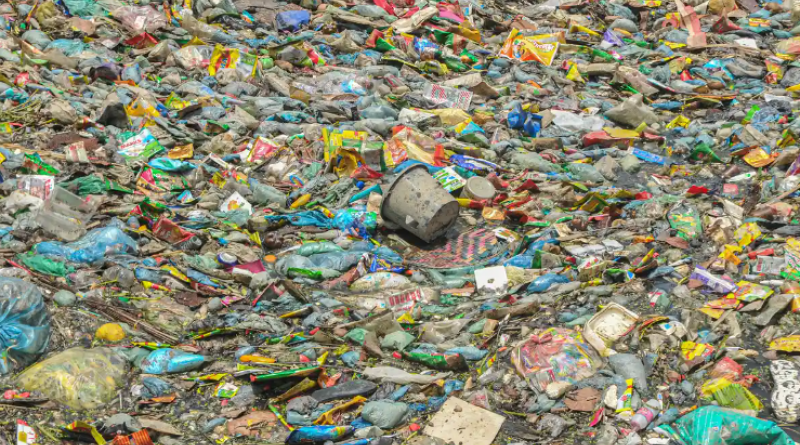 Every great movie has at least one scene that stays with you.

In the 1967 classic The Graduate, directed by Mike Nichols, that scene could be when Mrs Robinson (Anne Bancroft) first seduces our protagonist, young Ben (Dustin Hoffman), a newly minted college graduate. Or when Ben, crazy in love, pounds the glass walls of a church. What haunts me, though, is the earlier scene in which one of Ben’s parents’ friends offers him some unsolicited advice. The man tells him that a “great future” awaits him in one word: “Plastics.”

Today, Americans throw away an estimated 2.5m plastic water bottles every hour. Rather than drink from clean streams, or from faucets that once brought us good municipal water, we buy single-use plastic that will take at least 400 years to break down in any significant way. And when it does break down, often from exposure to sunlight, or from heat and other weathering, it becomes microplastics.

Welcome to our largely unregulated, Reagan-inspired, free-market nightmare, where profit and productivity are prized over health; where plastic pollution – a child of big oil – is now found in the deepest oceans, atop the highest mountains, and in fresh Antarctic snow; where microplastics and synthetic microfibers (polyester) exist in our carpets and roughly 60% of our clothing. Where microfibers spew out of our dryer vents by the billions, become air- and water-borne, and find their way into fish and other seafood, into honey, beer, meat, and now, it appears, by various ways into human bloodstreams, especially in people in urban areas.

If that weren’t bad enough, polychlorinated biphenyls (PCBs) and flame retardants, already a plague, affix themselves to plastics and become more of a threat. Medical professionals are uncertain what this portends. But it can’t be good. Plastics with chemicals to make them flexible, and those that are biodegradable but have endocrine-disrupting effects, may both increase rates of cancer, infertility and obesity – for starters.

In short, we’re poisoning ourselves.

“With skyrocketing plastic production, low levels of recycling, and poor waste management,” writes Brian Hutchinson for the Oceanic Society, “between 4 and 12 million metric tons of plastic enter the ocean each year – enough to cover every foot of coastline on the planet! And that amount is projected to triple in the next 20 years.” Plastics now jam the stomachs of seabirds, sea turtles, sharks and whales that wash up dead. They litter remote beaches from the Aleutians to Midway to Pitcairn Island. The Great Pacific Garbage Patch – two huge floating masses of plastic debris, each bigger than Texas – is so large (and growing) that Captain Charles Moore, who discovered it in 1997, has said cleaning it up would “bankrupt any country” that tried.

No place is pristine any more.

It looked good in the beginning, though, in the mid-1800s, when a competition to find a substitute for elephant tusk ivory (used to make billiard balls) led to the discovery of celluloid. Then in 1907, a chemist working in a barn in Yonkers mixed carbolic acid with formaldehyde and created the world’s first fully synthetic plastic. Praised as the “material of a thousand uses”, it contained no molecules found in nature, and had the near-mystical property of being moldable under pressure, rigid when cool, heat resistant, lighter than metal, and hardier than ceramics. Soon came nylon stockings – a sensation. And when petroleum chemists converted the simple components of crude oil and gas into synthetic polymers, the building blocks for our modern-day plastics were born, as was an industry that would fight government regulation at all costs.

By the time our college graduate, Ben, got his unsolicited advice, plastics were considered the “miracle” behind modern American life. Saran Wrap, Hula-Hoops, Styrofoam …

Soon, plastics found their way into our hospitals, kitchens, airplanes, trucks and cars.

And what became of it all? Back then, nobody knew. Few people cared.

One who did was the American folk singer Pete Seeger, who lived simply and said: “If it can’t be reduced, reused, repaired, rebuilt, refurbished, refinished, resold, recycled or composted, then it should be restricted, redesigned or removed from production.”

Many scientists and activists say the best way to fight our modern global plastic scourge is at its source. Halt production. Change packaging.

Early this year, inspired by a French-led “One Ocean Summit”, governments at the United Nations Environment Programme (Unep) officially adopted a mandate to open negotiations for a global plastics treaty to address the full lifecycle of plastics, from oil and gas extraction to product disposal. Then in late June, just prior to the 2022 UN Ocean Conference in Lisbon, additional governments signed on, joining more than 500 signatories across the plastics spectrum.

Sheila Aggarwal-Khan, director of Unep’s economy division, said: “Joining the global commitment is a way to keep the momentum while negotiations are ongoing.” She cited a recent report that said moving toward new economic models will reduce the annual volume of plastics entering our oceans by 80%, and will reduce greenhouse gas emissions by 25%. This in turn will save an estimated $200bn and create 700,000 net additional jobs.

Only 9% of plastics used in the US are recycled. That’s pitiful, and must change. Patagonia, the clothing company, encourages people to reject fast fashion and buy durable goods. It claims to have diverted and recycled more than 525 tons of discarded, non-biodegradable fishing nets into hat brims, jackets and shorts. Corona, the beer company, is testing six-pack holders made of barley that require less energy and fewer harsh chemicals. Trex says it has recycled 1bn pounds of post-consumer plastic into decks more durable than wood. All three companies deserve praise – and tax breaks.

As for government: the Biden administration should fully engage in the UN global plastics treaty, and pressure Congress to get on board. Americans should vote out any senator or representative who refuses to support a gas tax, a windfall profits tax (on big oil’s highway robbery record profits), and a plastics tax, and any who refuse to end fossil fuel subsidies. Why? Because big oil is killing us on two fronts: climate and plastics.

Every state in the US should follow the lead of Rob Bonta, the California attorney general, who recently accused fossil fuel and petrochemical companies of promoting recycling while knowing it would never keep pace with growing plastic production. “Enough is enough,” Bonta said. “For more than a century, the plastics industry has engaged in an aggressive campaign to deceive the public, perpetuating a myth that recycling can solve the plastics crisis.” His office has subpoenaed Exxon Mobil for information in its alleged role in a “decades-long plastics deception campaign”.

The best way to address this crisis is in all three realms combined: individual, business and government. Step up. Be informed. Start a revolution. Make smart choices.

How the plastic industry turned the pandemic to its advantage