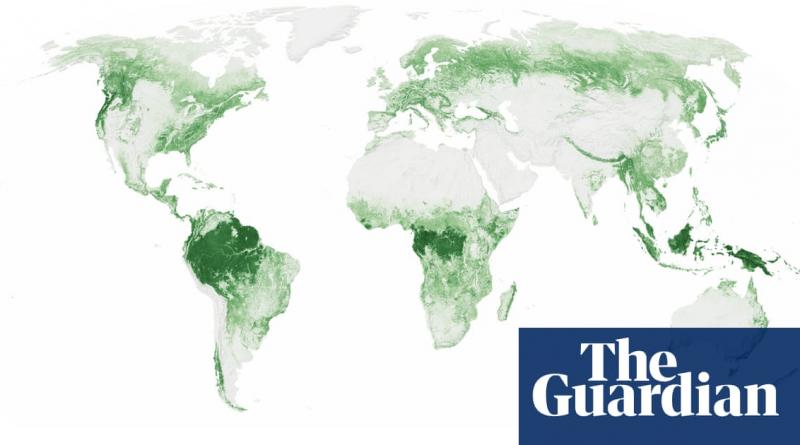 Researchers have drawn up a blueprint of areas that need additional conservation to stem biodiversity and climate crises.

World leaders are preparing to join a key summit on biodiversity being hosted in New York amid mounting evidence that governments are failing to halt the unprecedented loss of species around the world.

Earlier this month, a UN report revealed that the international community had failed to fully achieve any of the 20 biodiversity targets agreed in 2010.

But scientists at the environmental research organisation Resolve have drawn up a blueprint for a planetary “safety net” of protected areas they say could help halt catastrophic biodiversity loss.

Lead author Eric Dinerstein told the Guardian that the analysis, published in Science Advances, pulled together the most widely used global datasets of biodiversity features to identify areas that require additional conservation attention.

“We wanted to cover everything from those species with the narrowest ranges – like the Udzungwa partridge, only found in a specific mountain range in Tanzania – to phenomena like the caribou migration in the Canadian tundra which happen over vast areas. Because all of that is biodiversity.”

Earlier this year the UN presented a draft plan to protect 30% of lands and oceans by 2030, which will provide the backbone to an agreement on nature to be finalised in Kunming, China, in 2021.

The move was welcomed by environmental campaigners and wildlife experts, although some said that the 30% number reflected what was politically feasible rather than what the science recommended.

“It is a floor, not a ceiling,” said Brian O’Donnell, director of the Campaign for Nature. “This is an interim goal, and we strongly support the science put forward by the authors of the Global Safety Net and other scientists who are showing we ultimately need even more ambitious targets.”

“All the science to date shows that we need far more land and sea under conservation than 30%,” said Dr James Watson, director of conservation science at the Wildlife Conservation Society and professor at the University of Queensland. “So I think [the 30% target] must be seen as a bare minimum and couldn’t be justified as evidence-based.”

Watson said the proposal for a safety net spanning 50% of all lands was far bolder, but added: “There must be more of a complete focus on retaining the last intact ecosystems on the planet if this plan is to succeed.”