Painting wind turbines black can help birds not fly into them. 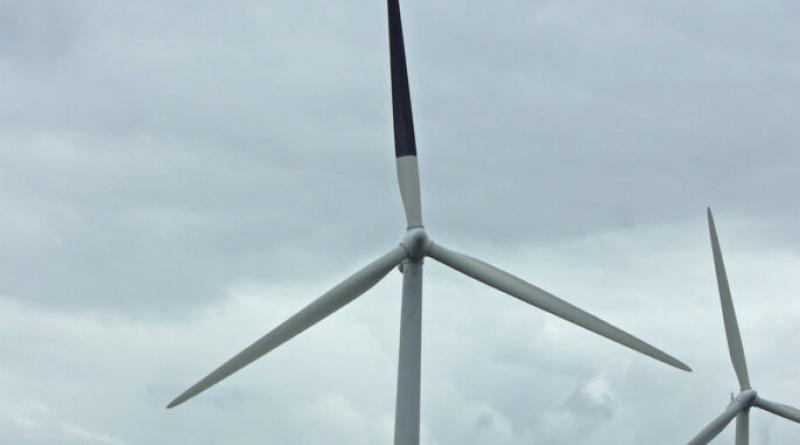 The white, sleek exterior of the wind turbine definitely looks good to me. But birds probably wouldn’t agree. According to a new paper, the current design of our wind turbines makes them hard to see for birds, promoting impacts.

Not only would such a change help save bird lives, but it would also help our bottom line. Birds in flight hit hard, and turbines are expensive to repair or replace. Taking one of them off for repairs also incurs costs (as they can’t produce power during the same time). All in all, the paper argues, painting one of the three rotor blades black is enough to help birds see the turbines and avoid collisions.

“As wind energy deployment increases and larger wind‐power plants are considered, bird fatalities through collision with moving turbine rotor blades are expected to increase. However, few (cost‐) effective deterrent or mitigation measures have so far been developed to reduce the risk of collision,” the authors explain in their paper.

“We tested the hypothesis that painting would increase the visibility of the blades, [which reduced bird fatalities] by over 70% relative to the neighboring control (i.e., unpainted) turbines.”

Growing awareness of climate change has prompted countries all over the world to move away from fossil fuels into clean energy sources; wind is a particular favorite, as wind farms can be installed in otherwise unusable (and quite unpleasant areas) such as windy coastal areas.

That isn’t to say, however, that wind energy is flawless. As with everything else in life, it comes with good and bad both. Although they won’t release CO2 and heat up the planet, turbines can be quite disturbing to wildlife as they’re quite noisy, they bring humans to the area, and they’re a significant collision risk for birds. We have procedures in place to ensure that the sites we choose for such farms pose the lowest possible risk to wildlife. However, as more and more wind capacity is being installed, it’s unavoidable that it will impact local animals.

The current paper tested whether painting one of the three rotor blades of each turbine can help lower collisions with birds. The experiment was carried out at the Smøla wind-power in Norway. The plant was built in two phases: 20 turbines of 2.1 MW were finished in September 2002, and an additional 48 turbines of 2.3 MW in August 2005. the team used trained dogs to look for bird carcasses in a radius of 100 m around the turbines “at regular intervals”.

Roughly 9,560 turbine searches were performed between 2006–2016, finding 464 carcasses. The team explains that “there was an average 71.9% reduction in the annual fatality rate after painting at the painted turbines relative to the control turbines”. Despite this, they note that annual fatalities fluctuated significantly. All in all, there is enough evidence to seriously consider this approach as an effective way to protect birds from impacts with wind turbines. However, more long-term research is needed to establish exactly how effective it is in absolute numbers.

“The in situ experiment was performed comparing only four treated turbines to the neighboring four untreated turbines. We must therefore be careful what we deduce from the experiment given the limited number of turbine pairs,” the authors note.

The paper “Paint it black: Efficacy of increased wind turbine rotor blade visibility to reduce avian fatalities” has been published in the journal Ecology and Evolution.

Kissing the Sky: The Pros and Cons of Ultra-Tall Wind Turbine Towers.