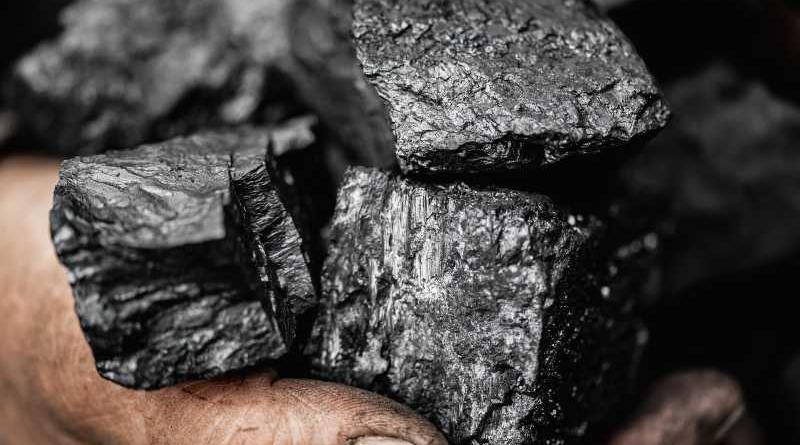 Since the presidency of Thabo Mbeki, plans have been periodically put forward to increase South Africa’s nuclear output. At present, Africa’s only nuclear power plant, Koeberg, supplies electricity to Cape Town, a city of just under five million residents.

Cape Town’s economy accounts for 72% of the Western Province’s economic activity, according to 2016 figures, with manufacturing being the second largest contributor after finance and business. Manufacturing provides productive employment, but also requires electricity. Because of manufacturing, the rate of unemployment is the lowest in any of South Africa’s capital cities.

More than two decades ago, plans were once more put forward to expand the nuclear energy industry. At the time, a national debate on the subject was dominated, as it still is, by environmentalists and strongly anti-nuclear leading South African economists such as Grové Steyn, Meridian Economics, and member of Eskom’s Sustainability Task Team who said in a paper entitled ‘The Future of Nuclear Energy in South Africa: The challenges of decision making under uncertainty‘ that the future is uncertain and that we must not plan for it!

Similarly, Patrick Bond who is currently an economics professor at the University of the Western Cape and a devotee of Global Warming, likes slogans such as this: Leave the oil in the soil, leave the coal in the hole, leave the tar in the sand and believes statements like that “epitomise a clear, well thought out political strategy”.

Unfortunately, due to pressure from the green lobby, plans for expansion were dropped, which left 80% of South Africa’s energy coming from coal. Let us put that into perspective: sub-Saharan Africa uses roughly the same amount of electricity as one relatively small country in Europe, Spain. 50% of that electricity is produced in South Africa. 80% of which is from coal.

600 million people in sub-Saharan Africa have no access to electricity whatsoever. 900 million households have no alternative to wood or manure for cooking which is labour intensive, time-consuming, has a negative effect on respiratory health and causes massive deforestation as well as vast amounts of CO2. In fact, you can honestly say that, by building coal-powered stations in Southern Africa, you can reduce CO2 emissions!

Renewable energy has its place but not as the main energy source of any industrialised economy. It is through manufacturing goods, be it value addition in agriculture, high tech components, tractors, machine tools, household goods or even bread that sub-Saharan African economies will reduce poverty by supplying productive employment and enabling economic growth.

Solar and wind can, if used intermittently, supply both urban and rural communities and can and do contribute to the national grid, however, renewables need coal or nuclear as baseload (minimum constant 24/7) as a backup. Ironically, wind turbines and solar panels can only be manufactured using non-renewable energy sources.

In Western Europe, hydropower makes sense. The European climate is not prone to droughts and high levels of evaporation due to extreme heat. Most hydro dams, like those in Scandinavia, are situated in valleys which provide a narrow expanse and deep water level as opposed to a broad expanse and shallow water level which is generally the situation for hydro dams in sub-Saharan Africa due to the geography. Shallow dams in hot climates lose a large percentage to evaporation.

Western European countries are geographically very small. Most countries in Western Europe are relatively minute compared to African countries. This fact remains neglected by European foreign policymakers who are not well educated in the geography of Africa.

Germany, which constantly imposes its anti-nuclear and anti-fossil fuel policies on Africa, is considered large by European standards. Germany is the 5th largest county in Western Europe at 357,168 square kilometres. Norway and Sweden are the 3rd and 4th largest. However, most of Norway and much of Sweden are either uninhabited or uninhabitable.

Spreading in a band across the heart of South Africa is a semi-desert region called the Karoo or Great Karoo. It is 400,000 square kilometres, making it bigger than Germany. It is a much loved and very beautiful part of South Africa but is of no great significance sizewise as South Africa itself is comprised of nine vast provinces. It has a coastline along both the Atlantic and Indian Oceans stretching more than 2,850 kilometres.

The total land area of South Africa is 1,220,813 km2. From Cape Town in the west to the eastern port city of Durban, is 1,272km as the crow flies and by road, 1,636km. The distance from Pretoria to Cape Town is the same as that from Rome to London.

The capital of the Democratic Republic of Congo, Africa’s largest sub-Saharan country, is Kinshasa, which is located in the west. Bukavu is the provincial capital of South Kivu which is in the east. The distance between the two cities of Kinshasa and Bukavu is 2,494km which is slightly less than the distance between London and Moscow. The Democratic Republic of Congo is 2,344,858 km2.

The Mercator Projection used as a standard in world maps is Eurocentric. The distortion makes North America and Europe appear much larger than they in fact are.

Why does size matter in relation to electricity?

A national energy grid for the average African country has no resemblance in requirement of scale to a country in Western Europe. Transmission distances in Africa are far, far greater than in Western Europe. Due to the resistance properties of the metal comprising the power lines, the further that electricity has to travel the less current there is available at the destination. Therefore, the very long-distance power lines dissipate a significant amount of the available power.

The length of transmission cables and energy infrastructure needed for Africa is uniquely daunting. The cost of transportation of fuel, be that coal or diesel is far greater.

In addition, Germany (Western Europe’s most populous country) has 83 million people. Europe’s population growth rate is 0.06%, the lowest in the world. Europe (including Russia) has 11% of the world’s population. Europe covers about 2% of the whole surface of Earth and 6.8% of the land area with Russia comprising 39% of that total land area.

Electricity means life is better. And 80% of that better life in South Africa is from coal. So when Europeans impose green energy policies on Africa, they do it with total ignorance of the Sleeping Giant. And by their total ignorance of condemning coal and nuclear energy, they condemn 1,4 billion people to a future of poverty when the majority of those 1,4 billion people do not use so much as one light bulb’s worth of electricity.

Every human being wants to breathe clean air and drink pure water. Most human beings want to protect the natural kingdom which is our God-given role. No one wants to live in creativity-crippling, futureless poverty. Only creative human innovation can bring solutions.

Nuclear power technology fulfils all the requirements of clean energy. And until nuclear energy can power African cities and industries, let fossil fuels, hydro, gas, solar and wind reduce sub-Saharan Africa’s energy deficit. Africans are tired of living in the dark and they are tired of Eurocentric energy policies.

South Africa is presently in a dire economic situation due to the lack of investment in the physical economy. If the situation in South Africa continues as it is, by 2030, the existing manufacturing/industrial plants will be faced with closure due to insufficient electricity. At present, there is no incentive to invest in new manufacturing plants because there is not enough power.

Energy poverty sustains poverty because electricity is the foundation of all economic development. It is high time that the West stopped its energy imperialism.

Yemi Osinbajo, Nigeria’s vice-president recently stated: “Curbing natural gas investments in Africa will do little to limit carbon emissions globally but much to hurt the continent’s economic prospects. Right now, Africa is starved for energy: excluding South Africa, sub-Saharan Africa’s one billion people have a power generation capacity of just 81GW — far less than the 108GW capacity of the United Kingdom. Moreover, those one billion people have contributed less than 1% to global cumulative carbon emissions.” ESI

About the author: PD Lawton, originally from KwaZulu Natal writes about energy and mega-infrastructure developments on the continent. She is the creator of Africanagenda.net and colleague of Lawrence Freeman, editor of lawrencefreemanafricaandtheworld.com

For 50 years, governments have failed to act on climate change. No more excuses