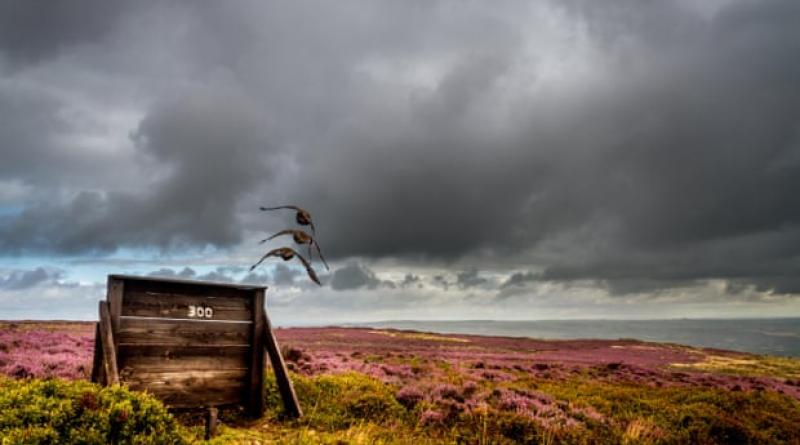 The prime minister’s green credentials have yet to materialise and his silence on Cop26 is a warning.

Much has been made of Boris Johnson’s purported green credentials. They are in his blood, it is claimed. His father is an environmentalist, he says, while his brother Leo is a sustainability expert. At Oxford he even introduced himself as “a green Tory”, it was alleged in the Times last week. It sounds impressive, though it remains to be seen how well Johnson’s passion for protecting the environment and for combatting climate change will serve him over the next few weeks. His green badge of honour faces a testing time.

First on this agenda is the setting fire to British peatlands, an issue that we highlight in today’s Observer. Peat bogs are burned to encourage the growth of new heather shoots and so maximise the availability of food for grouse. It is good for the grouse (until the shooting starts) but bad for the environment. Our peatlands hold about 400m tonnes of carbon, according to the RSPB, and burning these reserves releases plumes of carbon dioxide into the atmosphere. It also destroys lichens and mosses and plays havoc with the habitats of waders and otters. The government’s Committee on Climate Change says peat burning should be halted and the environment minister, Zac Goldsmith, agrees. However, the move is being blocked by the environment secretary, George Eustice, who is keen to protect grouse estates that would otherwise have fewer birds to shoot and so lose business.

It is an unedifying spectacle in which privilege, as exemplified by the owners of shooting estates and by those who pay to kill grouse there, has used its influence to help halt action urgently needed to help the UK cut its carbon emission. It is only one of many other environmental headaches that lie ahead for our prime minister, however.

Next year, Britain will host one of the most important international summits ever staged. In November, in Glasgow, delegates will gather for theCop26 climate meeting to debate how different nations will introduce strict emission cuts in order to implement the 2015 Paris agreement, which aims to keep global warming at a relatively safe level. That concordant has been under constant attack by Donald Trump who claims it is “ridiculous and extremely expensive” and harmful to industry. Johnson has uttered not a single word of defence against this invective despite the fact it is intended to undermine the summit Britain will be hosting. Johnson has a duty to do all he can to ensure Cop26 succeeds. His silence is an ominous warning that he does not accept such responsibility and is more interested in appeasing Trump.

The government’s position over environmental concerns has been further undermined by the recent decision to appoint the Australian climate scepticTony Abbott as a UK trade ambassador. The move has provoked a furious reaction with the UK’s former climate chief Claire O’Neill – who was sacked by Johnson earlier this year – describing the move as “a particularly bad decision” that erodes government claims to support green causes.

Last week, the Japanese conglomerate Hitachi announced it was abandoning plans to build a new £20bn nuclear power station at Wylfa in Anglesey. The reactor would have supplied 6% of Britain’s electricity and should have played a key role in replacing the nation’s network of ageing atom plants without building new oil or gas power stations. Britain once planned to build up to six new nuclear plants to provide the nation with electricity – alongside wind and solar power plants – in the 21st century. Today only one is under construction, Hinkley Point C, which is currently running almost £3bn over budget.

Nuclear power plants are expensive, with high front-end construction costs, and that often leads to projects being axed. Nevertheless, the shrinkage of UK nuclear aspirations has not arrived abruptly. Plant cancellations have been accruing over the past decade with little sign that the government appreciates the impending crisis. Now it has arrived. It remains to be seen how Johnson will deal with it.

These grim tidings arrive at a time when it has become very clear we face a real chance of having to live with an unstable, overheated climate. Last week five separate tropical cyclones developed over the Atlantic for only the second time in history; wildfires continued to devastate Oregon and California; while summer Arctic sea ice coverage has reached its second-lowest level on record. All these events are linked to global heating caused by continued increases in fossil fuel consumption. We urgently need to end this addiction.

In the past, Britain has played a key role in the battle against climate change but our influence has waned and we look increasingly isolated and ineffective as an international player. This point was underlined last week when the EU and China concluded a leaders’ conference at which they agreed to establish a high-level environment and climate dialogue to pursue ambitious joint commitments to help combat global warming. Thanks to Brexit – which was so energetically pursued by Johnson – the UK was not involved in those talks.

Government sources say Johnson is planning to make a major speech on the environment in the next few weeks and is expected to unveil a vision of how to “build back green” after the coronavirus crisis has abated. Given the catalogue of green bungles and lost opportunities that have unfolded during his premiership, his words should make interesting reading.