No business need at all now for a Chinese nuclear plant in the UK. 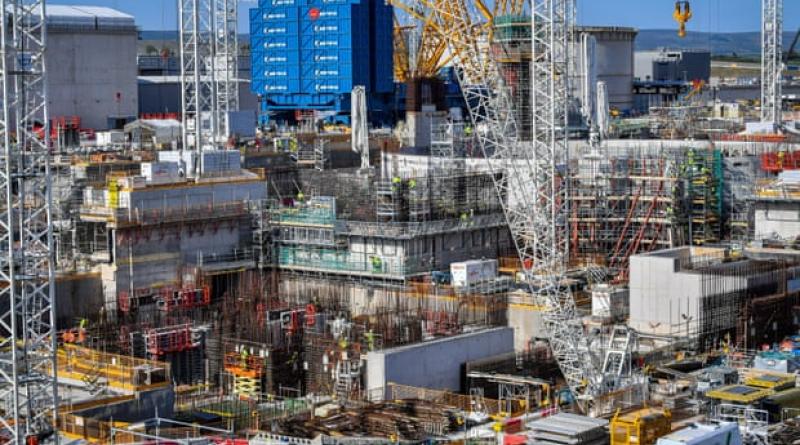 Get ready for the “new Huawei” is the word from Westminster, meaning another flare-up in UK-China business and political relations, this time over Chinese involvement in the UK’s nuclear power programme.

Ditching state-owned China General Nuclear Power Group (CGN) would indeed be a political development on a political par with a Huawei exclusion. The 2016 agreement, which imagined CGN’s “progressive entry” into the UK’s “resurgent” nuclear ambitions, was given maximum hype at the time by both Beijing and David Cameron’s government.

But here’s the good news: unlike with Huawei, where a ban would seriously disrupt 5G rollout in the UK, there are few direct downsides to excluding CGN. The UK does not need Chinese nuclear technology.

The construction of Hinkley Point Cin Somerset, where CGN is merely a 33% investor, could proceed without interruption. The plant is being built to French firm EDF’s European design, so the security risks ought to be minimal or nonexistent. The same applies at the proposed follow-on plant at Sizewell C, where CGN has the option to take a 20% stake in another EDF-dominated project.

The major impact would be at Bradwell in Essex, the prize CGN was really seeking – the first Chinese-built nuclear plant outside China.

But the Bradwell proposal is years away from being approved, and already looks surplus to need for the reasons the National Infrastructure Commission offered in its most recent long-term assessment: “Given the balance of cost and risk, a renewables-based system looks a safer bet at present than constructing multiple new nuclear power plants.”

The NIC thought only one new big nuclear plant needed to be commissioned before 2025 – and that, presumably, will be Sizewell. Cancelling Bradwell would involve no real sacrifice on the part of the UK.

In fact, the Cameron/Osborne nuclear vision has aged horribly in four years. The offshore wind revolution has accelerated and the industry’s costs now beat nuclear’s every time. If replacement nuclear capacity is still deemed essential for baseload purposes, the aim should be to build as few mega-plants as possible.

Advances in battery storage technology should further tilt the economics in favour of renewables. While we wait, small modular reactors look a nimbler nuclear alternative. Rolls-Royce is in the development vanguard on that front, and carries no geopolitical headaches.

In short, for purely business reasons, one would rip up that 2016 agreement in an instant.

Online fashion retailing is a fast and furious place, as Boohoo should know; at the flick of a few switches, its clothes have been delisted from the websites of Next, Asos and Zalando.

The industry’s response is impressively speedy – and far clearer than the confused messaging from Boohoo’s boardroom in response to allegations of illegal pay rates at a factory in Leicester producing its clothes. The factory may have been operated by an unauthorised subcontractor, as Boohoo said, but that’s not an excuse; it’s up to the retailer to control its supply chain.

A temporary loss of sales on a few third-party websites may be tolerable, but Boohoo’s breezy image will suffer permanent damage if this saga drags on. Mahmud Kamani, founder and executive chairman of Boohoo, needs to get a grip.

He should do what most observers are advising: appoint an outside auditor or lawyer to examine what went wrong. The failure to take that obvious step looks more perverse by the day. Does he also need Next & co to give him lessons in how to manage a crisis?