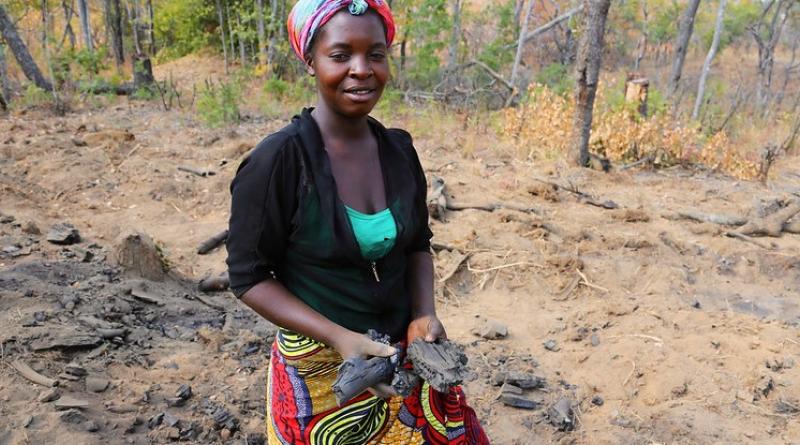 Missing from the global discourse on climate change and biodiversity

When Paula Whyte, a technical advisor for Tanzania-based non-governmental organization Mpingo Conservation and Development Initiative (MCDI), visited a miombo woodland for the first time as part of a tree-planting venture, she wasn’t expecting to be quite so taken with what she found.

The group left the port town of Kilwa Masoko at four in the morning, and Whyte spent much of the bumpy truck-ride to the planting site wishing she were in bed or having breakfast – until they drove into the forest just as the sun was rising.

“It’s not a very high-density forest, so you still have a lot of light coming through, and it’s grassy as well,” she says. “And it’s absolutely beautiful – I remember being on the back of this truck and just looking around me and thinking, ‘This is stunning. There’s nowhere like this.’ ”

Miombo woodlands are not exactly small. These dry forests and woodlands form a broad belt across much of southern Africa, spanning an estimated total area of around 2.7 million square kilometers (1 million square miles) – from Angola in the west to Tanzania in the east, and down to the northern edge of South Africa.

Over 65 million people rely on these ecosystems for their livelihoods, making use of resources such as fuelwood, timber, charcoal production, fruits, honey, mushrooms, medicinal plants and fodder for livestock. They carry important cultural and spiritual significance too – in the Tanzanian miombo, for instance, some tribes bury their dead in sacred groves, and then use these spaces for a range of ceremonial purposes.

But, rather like Brazil’s Cerrado, these well-used, widely-inhabited woodlands frequently fail to gain the attention of conservationists and funders, while emblematic rainforests – such as those in the Congo and Amazon basins – command considerable focus worldwide.

“The miombo are widely used, but they are forgotten in the sense that they do not appear in the global discourse on climate change or biodiversity,” says Robert Nasi, director general of the Center for International Forestry Research (CIFOR).

This research forms part of the CGIAR Research Program on Forests, Trees and Agroforestry, which is supported by CGIAR Fund Donors.