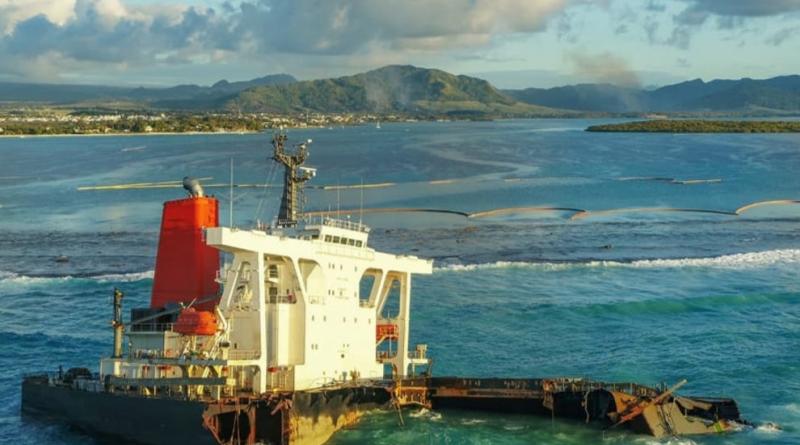 In July this year, the Japanese cargo ship MV Wakashio, chartered by Mitsui OSK and owned by Nagashiki Shipping, struck a coral reef off the coast of the Indian Ocean island of Mauritius and spilled over 1,000 tonnes of fuel oil.

The ship had been sailing close to the reef and ran aground. Less than two weeks later, a major leak began emptying fuel oil into the lagoons and mangroves of southeast coast of Mauritius in one of the worst environmental disasters in the country’s history.

Fresh concerns have now been raised about the exact mix of fuel oil the ship was carrying, and how it will continue to impact the marine life where it was spilled.

It is normal for scientists to conduct detailed analysis of fuel spills in order to guide short- and long-term response plans, and to help protect the health of people working in the area and those handling the clean-up operation.

But as the oil slick began impacting beaches, local people as well as international organisations sprang into action to protect the habitats, without guidance on the type of fuel oil they were dealing with.

Since then, the cleanup has reportedly been conducted in a more secretive way than is usual for major oil spills, according to experts quoted by Forbes.

Last week, Nagashiki Shipping said in a statement that all the floating oil had been recovered, and work to remove oil along approximately 30km (18.6 miles) of coastline was “proceeding smoothly” and would likely be completed by January.

Meanwhile, scientists from the Woods Hole Oceanographic Institution (WHOI) said the first ultra-high-resolution analysis of an oil sample from the Mauritius spill revealed the substance to be “a complex and unusual mix of hydrocarbons”.

The scientists said that “even though some of the components in it may have already degraded or evaporated, what remains still gives it the ability to persist in the environment”.

“There is no single recipe or set of ingredients, and it gets even more complicated with these new low-sulfur fuel oils that require more steps in their manufacture. We don’t know if this was a low-sulfur material, but it’s unlike anything we’ve seen spilled before — that alone demands a closer look.”

The findings have fuelled speculation as to what the mysterious oil is, with the suggestion that a “Frankenstein fuel” made from waste plastics could have been used.

If that is the case, the impact on Mauritius could be considerably more far-reaching than the oil spill, as the creation of fuel oils with a plastic component is based on using an unknown mixture of various toxic chemicals to break down the plastics.

Since the spill, more than 50 whales and dolphins have been found dead on Mauritius’s coast, along with thousands of other sea creatures, all within a few miles of the wreck of the ship, although the cause of their death is not yet known.

The analysis of the collected fuel oil by WHOI researchers revealed that the sample contained relatively low levels of polycyclic aromatic hydrocarbons (PAHs), which are known carcinogens in humans and animals.

“Although low, the levels of PAHs might accumulate in certain parts of the marine environment,” the scientists said.

The findings will increase pressure on the Japan Ship Owners’ Mutual Protection & Indemnity Association — the insurers that are handling the cleanup operation, and which have been accused of a lack of transparency regarding the spill, with no independent organisations overseeing the cleanup.

The scientists at the WHOI have called for a “fresh” sample taken from the ship, in order to analyse the fuel oil’s makeup.

This would allow researchers to determine what has already been lost from the oil as a result of evaporation, dilution, photodegradation, and other processes.

“Our limited view of what spilled only reinforces the need for long-term monitoring, access to samples from the ship, and a more in-depth analysis that officials can incorporate into detailed plans to help Mauritius and its environment recover from this.”