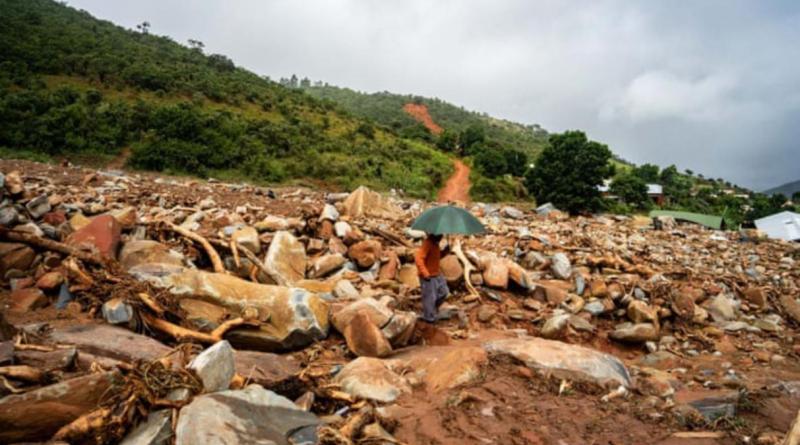 The recent devastation in Mozambique due to two successive hurricanes (Aida and Kenneth) of unprecedented severity for southern Africa, are a clear indicator that we are now living in a climate changed world. And that the huge loss and damage sustained by the people of Mozambique is due to human-induced climate change and not just natural causes.

This means that the message of the Swedish schoolgirl Greta Thunberg and the school students following her as well as the activists of the Extinction Rebellion in Europe and elsewhere are justified in calling it a climate emergency.

The scientists and developing countries have been calling attention to the impending problem for decades but with little impact on those who were causing the problem.

Now that their children are accusing their parents of inaction causing the emergency, perhaps they will get the decision-makers who matter to actually take action commensurate with the scale of the emergency.

I will offer a few suggestions below about decisions and actions that should now be prioritised (which were unthinkable until now).

The first action is to acknowledge that the fossil fuel companies such as Exxon, Shell, etc. have known about the problem of human-induced climate change for decades but chose to promote denial and confusion while they continued to profit from the sale of coal, petroleum and natural gas. This now rises to the level of criminal acts.

Hence every country should immediately impose a Climate Damages Tax on every fossil fuel company domiciled in their jurisdiction and put the proceeds of that tax into a new Global Loss and Damage Fund to be set up under the aegis of the United Nations Framework Convention on Climate Change (UNFCCC). The level of tax can be negotiated but should not be less than 20 percent of the profit of each company. This would immediately raise tens of billions of USD for compensating the victims of climate change.

This would be a justified application of the polluter-pays-principle to compensate victims of their pollution.

The second act should be to declare an immediate moratorium on any new exploration of fossil fuel reserves as we cannot afford to burn the known reserves so looking for new ones makes no sense at all.

Indeed I would favour declaring the exploration of new fossil fuels as a crime against humanity and treat the exploration companies, their shareholders and banks who support them, as international criminals.

In the somewhat longer run, we need to put these companies out of business altogether and replace them with renewable energy from solar and wind and other sources. This is beginning to happen but the process needs to be accelerated considerably by making the fossil fuel companies pay for the cost of their pollution as well as supporting the development of renewable energy technology to bring down the price so that they can outcompete coal, petroleum and natural gas on commercial terms.

In the UNFCCC process, the next Conference of Parties (COP25) is to be held in December in Santiago, Chile, where raising innovative sources of funding for loss and damage will be an important issue for agreeing on how to go beyond insurance to raise funding.

The Least Developed Countries (LDC) Group would do well to revive an old proposal that they had made a number of years ago for an International Air Passenger Adaptation Levy (IAPAL). This proposal did not get much support at the time but it did not die either. Now may be the time to revive it as the International Air Passenger Levy for Loss and Damage (IAPLLnD). Under the original proposal, a levy of only USD 10 on each international passenger in economy class (and USD 50 on Business class) would raise over 10 billion USD a year which would have been collected by the airlines and given to the Adaptation Fund under the UNFCCC.

The new proposal could allocate the fund to the newly proposed Global Loss and Damage Fund to pay compensation to the victims of climate change.

In any case, the climate emergency makes it imperative that fossil fuel companies who blocked the world from taking the actions needed must now be made to pay for the pollution they are responsible for.