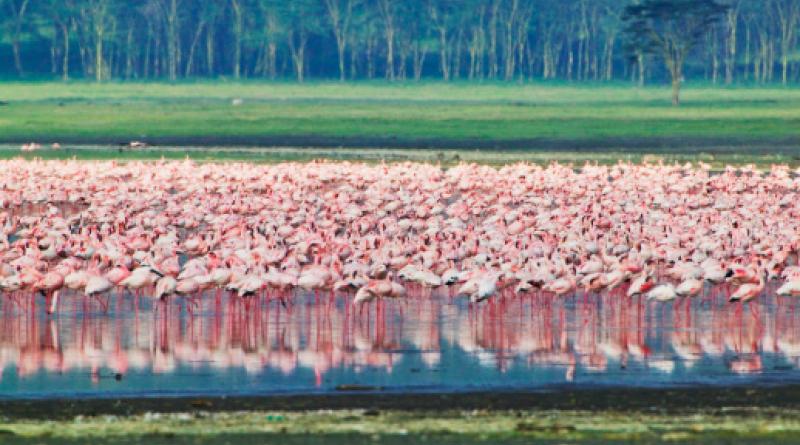 Eight years ago, rising water levels in Kenya’s Lake Nakuru drove away the clouds of pink-coloured flamingos that were the park’s biggest draw.

Rangers say their disappearance triggered a drop in visitor numbers by for the Nakuru National Park. Now they’re back.

On a recent visit, flocks of flamingos foraged for food in the lake’s turquoise waters, while others flapped in a sine-wave formation above. A rhinoceros grazed nearby.

“With the increase now of the number of flamingos we have started seeing visitors also increasing,” Caroline Mwebia, the park’s tourism warden said.

She declined to give visitor numbers and the Kenya Wildlife Service did not return calls seeking comment. But nearly a quarter of a million visitors came in 2011, the last year figures are publicly available for.

When Nakuru lake first rose, Mwebia said, flamingos left for nearby lakes like Bogoria and Baringo whose waters were shallower.

But heavy rains in recent years have also flooded those lakes, forcing the birds to return to Nakuru, where they are such an intrinsic attraction that the street leading up to the park is decorated with flamingo-shaped lampposts.

The global pandemic has battered Kenya’s tourism industry, but Nakuru at least sees a bright spot on the horizon.