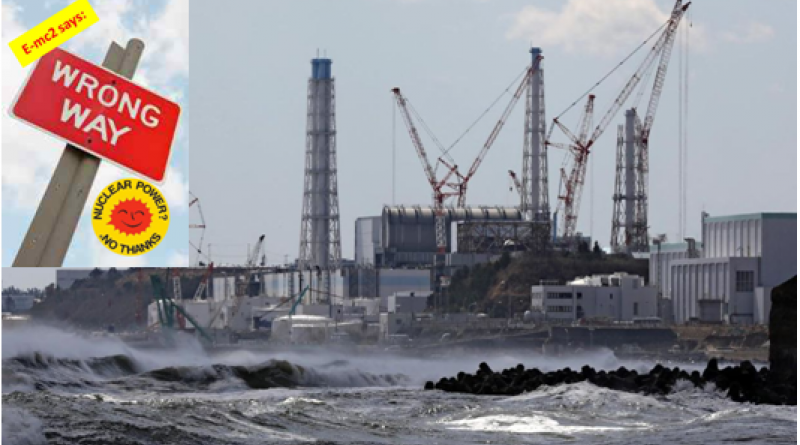 In what Japanese regulators on Wednesday called an "extremely serious" development, lethal levels of radiation have been recorded inside the damaged reactor building at the Fukushima No. 1 nuclear power plant, threatening the shutdown and decommissioning of the site of the second-worst peacetime nuclear disaster in history.

According to The Asahi Shimbun, Japan's Nuclear Regulation Authority (NRA) reported that massive amounts of radioactive materials have been found around shield plugs of the containment vessels in the No. 2 and No. 3 reactors.

NRA officials estimated radiation levels at 10 sieverts per hour—enough to kill a worker who spends just one hour there.

Decommission of the reactor requires workers to remove the shield plugs, which block radiation from the reactor core during normal plant operation. This discovery has forced officials to reconsider their shutdown plans.

"It appears that nuclear debris lies at an elevated place," Fuketa said at a news conference earlier this month. "This will have a huge impact on the whole process of decommissioning work."

The latest alarming find is the result of an investigation that resumed in September after a five-year pause in which the NRA took new measurements of radiation levels around the shield plugs at the No. 2 and No. 3 reactors.

Tokyo Electric Power Co., the operator of the plant, announced December 24 that nuclear fuel debris removal would be postponed until 2022 or later due to the coronavirus pandemic.

As Common Dreams reported in October, Greenpeace and other environmental and anti-nuclear advocates expressed shock and outrage after the Japanese government announced a plan to release stored water from the ill-fated plant into the Pacific Ocean. Greenpeace subsequently released a report claiming that radioactive carbon-14 released into the ocean "has the potential to damage human DNA."

The Fukushima Daiichi disaster—the result of a 2011 earthquake and tsunami that killed more than 15,000 people in northeastern Japan—was the worst nuclear incident since the 1986 Chernobyl meltdown in the former Soviet Union, and the worst in Japan since the United States waged a nuclear war against the country in 1945 that killed hundreds of thousands of people.