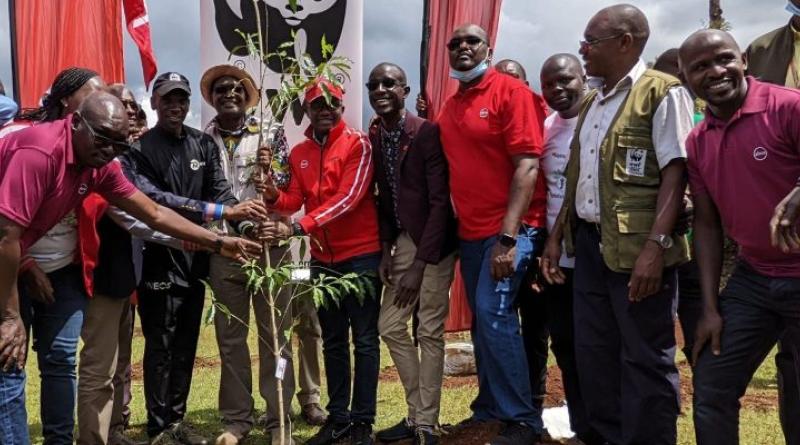 The Kenyan government is launching the sixth reforestation campaign of the Kaptagat forest in the west of the country, with the planting of 250,000 trees. The initiative, which is supported by several organisations, will help mitigate global warming in the East African country.

In Kenya, the village of Kaptagat, located 11 km from the capital Nairobi, is at the forefront of deforestation, which is the cause of the loss of national forest cover, estimated to be only 7.5% to date by the United Nations Environment Programme (UNEP). It is in this context that the Kenyan authorities recently launched the annual reforestation campaign of the Kaptagat forest.

In its sixth year, the initiative, supported by Kenyan long-distance runner Eliud Kipchoge, will see 250,000 trees planted and 50.8 hectares of land restored in this mountain ecosystem area. Also, 40,000 fruit trees will be distributed to local people in Kaptagat. “All these tree seedlings have been purchased from community forestry associations,” says Jackson Kiplagat, head of conservation programmes at the Kenyan branch of the World Wildlife Fund (WWF).

The operation, coordinated by Chris Kiptoo, Nairobi’s Principal Secretary for Environment and Forestry, also involved other actors such as the UK Pact for Accelerating Climate Transitions, the Wildlife Conservation Society (WCS) based in New York, USA, and the Trillion Tree Initiative created by the German association Plant-for-the-Planet. “The environment is important to us all. We will allocate 3 million Kenyan shillings (more than 25,000 dollars) to the rehabilitation and conservation of the forest”, announces Moses Muthui, the strategy director of Absa Bank Kenya, a subsidiary of the financial group Absa based in Johannesburg, South Africa.

As part of this initiative, in 2021, the Kenyan authorities planted 319,000 trees, including 310,770 indigenous species, 6,470 bamboo plants and 3,200 fruit trees. This has resulted in the restoration of 225 hectares in the five blocks of the Kaptagat forest, including Sabor, Kessup, Kipkabus, Penon and Keloaptagat. In Kenya, another government-initiated reforestation operation is underway in the capital Nairobi. The campaign, launched in 2018, aims to plant an additional 1.8 billion trees to enable the East African country to increase its forest cover from 7.5 to 10% by the end of 2022.

Should we be growing trees in the desert to combat climate change?