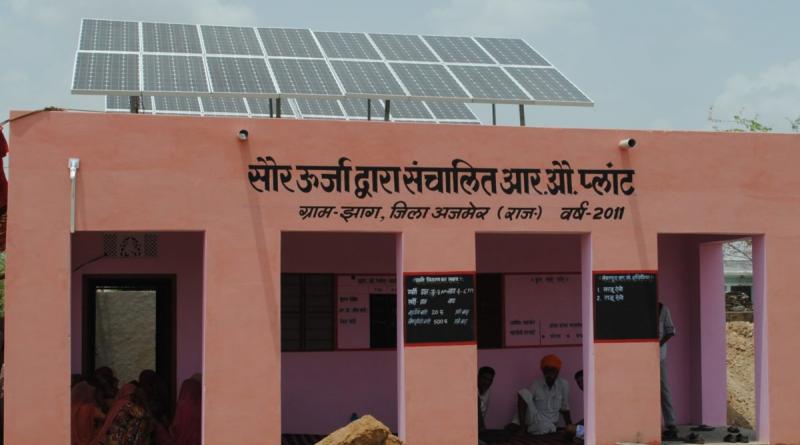 A 10,000-liters-per-day plant in Tamil Nadu offers hope for powering clean water without fossil fuels. However, researchers warn the technology is difficult to scale up because PV panels take up so much space.

India has joined the nations using PV to produce drinking water after a 10,000-liters-per-day solar-powered desalination plant was set up at the Vivekananda Memorial in Kanyakumari, Tamil Nadu.

The plant was developed by a team from the Indian Institute of Technology-Madras (IIT-M) and the Ministry of Earth Sciences funded the Rs1.22 crore ($175,000) experimental project.

“It requires about 15 kV power a day to function,” said A Mani, of the refrigeration and air-conditioning laboratory at IIT-M’s department of mechanical engineering. “We have installed panels that each generate around 324 W. Since the plant is entirely solar powered, it can be operated only during the day, i.e. for six to seven hours between 9am and 4pm. The generated power, converted from DC to AC through an inverter, is stored in 14 batteries to provide 30-minute power backup.”

M A Atmanand, director of the National Institute of Ocean Technology which gave technical assistance for the project, believes solar desalination has significant prospects in coastal areas. However, researchers say scaling up the technology to generate 10 million liters per day or more could be technically challenging as PV panels require a lot of space.

It slakes a village

Though the Tamil Nadu plant is being touted as the first in the country, Rajasthan-based non-profit the Barefoot College installed a solar-powered desalination plant for voluntary organization Mnathan in Kotri village that has been operational since 2006. That project dispenses 500 liters of safe drinking water every day.

“So far, Barefoot has installed six solar desal plants across Rajasthan,” said Dadi Jaswanth, program coordinator of the Barefoot College’s water department. “The plant in Kotri was functioning well until November last year. We are trying to get funds to revive it and hopefully it will start running again in a few months.”

The need for an alternative

The researchers arrived at their conclusion after weeks of field research in India reviewing established technologies. According to Wright and Winter, the factors that favored solar-powered electrodialysis included relatively low levels of salinity — ranging from 500 to 3,000 mg/liter, compared with seawater levels of around 35,000 mg/l — and a lack of electrical power. For on-grid locations, the team found reverse-osmosis plants could be economically viable.

In January, The Hague-headquartered Elemental Water Makers announced it had developed the world’s first solar-powered reverse osmosis desalination process without batteries which works 24 hours a day.

Desalination began in the 1950s in the Middle East, with thermal technology driven by fossil fuel energy. Today, almost 150 countries desalinate seawater using fossil fuels. With 16,000 desalination plants worldwide and an expected 15% rise in desalination demand as the world warms, a policy to drive solar desalination is sorely needed.