How do Power-to-X technologies work? 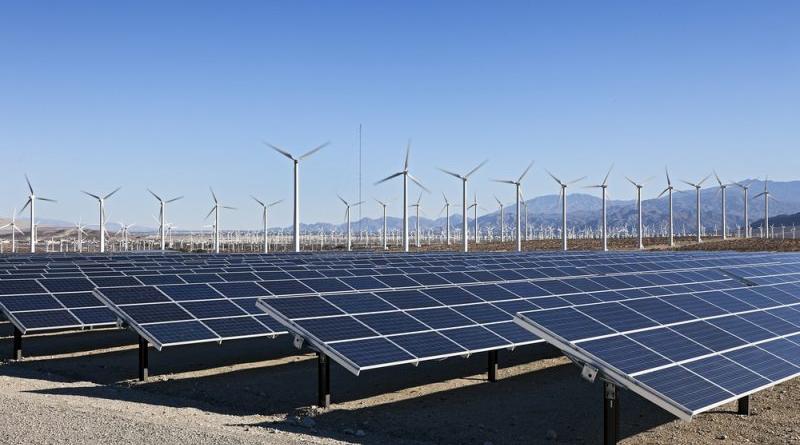 P2X, P2Y, PtG, PtL, power-to-gas… These somewhat cryptic terms stand for energy conversion processes that can be used to store surplus power from renewable sources and help meet climate targets. But whether they will actually reduce emissions depends on many  different factors, EURACTIV Germany reports.

Detractors of renewable energies often make the point that they are intermittent sources of electricity: solar panels and wind turbines need sunshine or strong winds to generate power at full capacity.

This is why storing surplus electricity production at times of high output is seen as key to stabilise renewable energy production.

And Power-to-X (PtX) technologies could be just the right solution to do this.

Behind Power-to-X (PtX or P2X) are various energy conversion technologies that can be used to store power surpluses from renewable energy sources.

P stands for power, while X stands for the type of energy into which the electricity surplus is being converted – gases, liquids or heat – for storage. These are known as power-to-gas (PtG), power-to-heat (PtH) or power-to-liquid (PtL). Meanwhile, the Y in P2Y stands for the possible end uses for the energy thus obtained.

Researchers and politicians attribute particular attention to the process in which electricity is converted into hydrogen gas. This is PtG, where hydrogen is obtained by splitting water into oxygen and hydrogen through electrolysis.

While most hydrogen today is produced from natural gas – a fossil fuel that emits CO2 when burned – that process can be made almost entirely emissions-free by using renewable electricity as the source. Artificially-produced hydrogen could thus ensure that the gas industry becomes environmentally-friendly in the future.

Besides, it could also be used for heating, the propulsion of aircraft or ships, or even to further process it into fuels such as synthetic diesel or petrol (e-fuels).

What are the issues?

The main issue is that converting electricity into hydrogen implies energy losses. And the process is only as clean as the electricity that is being used to produce the hydrogen in the first place. In a worst case scenario, a car running on hydrogen obtained from coal-based electricity will probably end up polluting more than a petrol or diesel car.

That is why environmentalists are calling for safeguards to ensure the promotion of artificially-produced hydrogen doesn’t end up harming the environment.

But their criticism doesn’t stop here. Often, hydrogen is converted into synthetic methane – or natural gas – which can be injected straight into the gas grid for use in industrial processes. However, this requires adding CO2 to the hydrogen. And at present, that CO2 is mainly obtained from fossil fuels such as coal, crude oil or natural gas.

Green alternatives do exist in theory but none are really satisfactory or mature yet. Wood-based-CO2 production, for example, is not considered sustainable because it causes deforestation. And while sucking CO2 from the air is conceivable in theory, the technology — known as direct air capture or DAC — is not sufficiently advanced yet.

Environmental organisations are therefore calling for clear rules to monitor imported PtX products to ensure they are obtained from sustainable sources.

“We should not make the same mistakes with PtX as with biofuels,” said Peter Kasten of the Öko-Institut. “Only PtX technologies that reduce greenhouse gas emissions should be promoted,” he added.

At first, biofuels were celebrated as a solution to cut carbon emissions from petrol and diesel. But policymakers in Europe stopped promoting them when it emerged they could cause deforestation in places such as Malaysia, contributing to global food insecurity.