How can Britain commit to net zero and still drill for millions more barrels of oil? 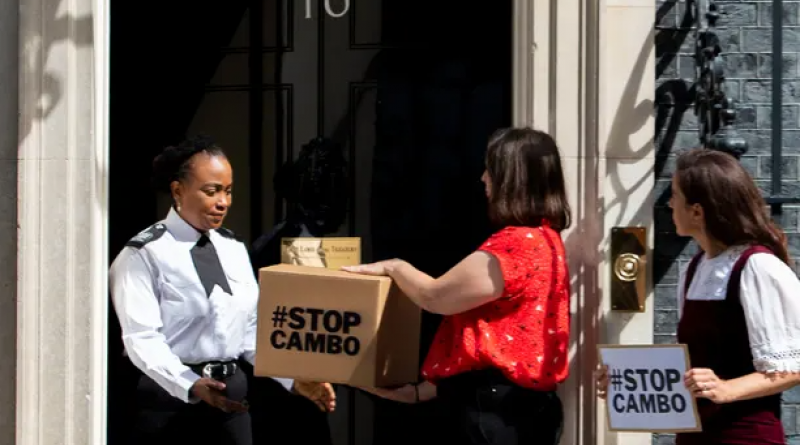 Just months before hosting the Cop26 climate summit in Glasgow, the UK government will decide whether to approve a massive new oilfield 75 miles north-west of Shetland. Boris Johnson has hinted at a likely go-ahead. The Cambo field, being developed by private-equity-owned Siccar Point and Shell, would produce 170m barrels of oil – oil the world cannot afford to burn.

The Cambo decision is the government’s first test since the International Energy Agency (IEA) warned against developing new oil and gas fields. In a landmark report this year, the IEA found that that already-operating fields will produce more oil and gas over the coming decades than can be consumed if global heating is limited to 1.5C.

The UK was the first country to adopt a net zero emissions commitment. But buried in the small print of Britain’s statute books is a clause that explains the proposed Cambo development and explodes our climate credentials: “maximising economic recovery” – a legal obligation for the UK government to maximise the extraction of its offshore oil and gas. As we allegedly lead the charge towards a cleaner, greener future, UK policy remains legally bound to drill every last economically viable drop from the North Sea.

Our obligation to maximise extraction suffuses countless policies, subsidies and tax breaks for the fossil fuel giants. Consider taxes on oil production, for example. In the 2015 and 2016 budgets, then chancellor George Osborne introduced the largest cuts in oil production taxes for a generation with the purpose of “extracting every drop of oil we can.” Petroleum revenue tax, for instance, is now charged at0%.

Companies rushed in to take advantage of the giveaway. As a result, UK production increased every year from 2015 to 2019, reversing the decline of previous years. While Covid-19 reduced production, it is expected to return to growth next year. This is as a direct consequence of government policy: according to official estimates, cumulative UK production from 2016 to 2050 will be nearly 3bn barrels higher than it would have been without the recent government interventions. It is not the declining and struggling industry we are encouraged to imagine.

Perhaps the Johnson administration isn’t solely to blame for policy that it inherited. But chances to do away with it have been squandered. A recent review by industry regulator the Oil and Gas Authority restated its objective of maximising extraction, and in March, the government rejected proposals to join several neighbouring countries in ending licensing of new oil and gas exploration, promising instead just to test future licensing rounds for climate compatibility.

The consequence of the maximising extraction policy is to dig us further into the climate hole. The 282 fields already in production in UK waters contain oil and gas reserves of about 5bn barrels of oil equivalent. Consuming that oil and gas will emit one-and-a-half times as much carbon dioxide as the annual emissions of the whole of Africa.

Yet the oil industry wants to increase this total with Cambo, and with many more fields coming up behind it. Add to this new licenses to search for more oil – the UK issued 113 last year – and even more carbon will be pumped from beneath the UK waves and into the skies. Through new field approvals and licensing new exploration, the government aims to double or quadruple UK reserves to 10-20bn barrels, locking us into a carbon-intensive economy while the climate crisis intensifies.

Defenders of the status quo point to the economic implications of greener policy. The case, among those attempting to rein in climate action before it is even under way, appears to have shifted – from denying climate change to delaying action on it. The economy, they allege, hangs in the balance.

But there is no economic case for maximising extraction. In 2015 and 2016, the UK government lost money on its offshore oil and gas fields, as subsidies and rebates exceeded taxes. Today, oil revenues are back in the black, but remain extremely low. They are set to turn negative again in the coming years as the taxpayer picks up nearly half the cost – over £20bn – of cleaning up the North Sea and decommissioning the oil platforms.

It is still true that thousands of workers are employed by the industry. But this, too, is changing. A survey of nearly 1,400 oil workers last year found that over 80% said they would consider leaving the industry, with job security their biggest concern. A majority favoured renewables as the sector they would like to move to. Our research has found that serious policies to decarbonise the UK economy and ensure job creation would create more than three new jobs for every job lost in the oil sector during a managed phaseout. Yet the government is not creating those jobs, as renewables contracts go overseas, and jobs in the UK have often been low-quality and even paid below the minimum wage. A change of tack is long overdue.

A growing number of countries have ended – or are in the process of ending – new licensing of oil and gas, including France, Spain, Portugal, Ireland, New Zealand, Costa Rica and Belize. In December, our North Sea neighbour, Denmark, became the largest producer to date to make the same commitment. A few months later, California – once the third largest producing state in the US – announced that it would end oil production by 2045.

With twice the oil production of California and more than 10 times that of Denmark, the UK could lead the trend, setting a benchmark for climate action worldwide. It should reject the Cambo field, end the policy of maximising extraction and use Cop26 to set out a vision for a job-creating energy transition.

As the pioneer of the Industrial Revolution, the UK helped lead the world into mass consumption of fossil fuels more than 200 years ago. Now that era must end, and the UK must lead the charge.

No new oil, gas or coal development if world is to reach net zero by 2050, says world energy body

Net Zero Producers Forum: A catalyst for climate ambition or yet another delaying tactic?