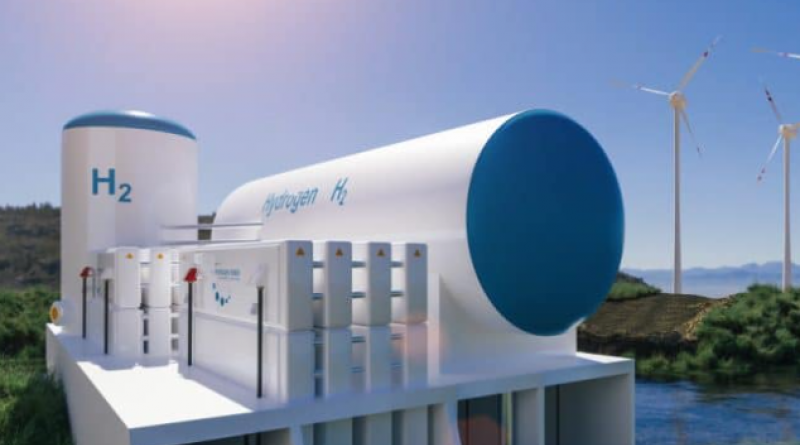 According to many experts, hydrogen could revolutionize the world's energy sector. In a global race to develop this new market, African countries are trying to position themselves. Hydrogen could also contribute to the decarbonization of emerging economies, provided it is produced with electricity obtained from renewable sources. Green hydrogen is above all a solution for the storage and transport of renewable energies, which are known for their intermittency.

Relatively unknown a few years ago, green hydrogen is becoming more and more talked about in Africa. The continent is particularly targeted by energy solution providers for the development of this new energy. The projects currently underway are mostly experimental, i.e., designed to test the technology to evaluate the possibilities of producing this energy on a large scale. Green hydrogen is increasingly attracting the interest of global giants who are positioning themselves on the most dynamic markets of the African continent, particularly in Egypt, South Africa, Morocco, but also in Mauritania and Namibia for their potential in renewable energy.

Following the example of other nations in the world, African countries, notably South Africa, are betting on green hydrogen for the energy transition and decarbonization. The rainbow nation is the biggest polluter on the African continent, with its electricity mix largely dominated by coal. Of its current installed capacity of 58 GW, more than 48.3 GW of electricity is generated from fossil fuels. The country has been engaged for several years in its energy transition, which should lead it to close several of its power plants in the coming years, and to build new clean energy facilities. Green hydrogen is presented as a solution capable of supporting sustainable development, with the creation of new green jobs.

What is green hydrogen?

Hydrogen, or more precisely dihydrogen (H2), is produced through the electrolysis of water (H20). This process transforms electrical energy into chemical energy. The dihydrogen thus recovered can be used to obtain energy in two ways: through its direct combustion with oxygen (02) or in the form of electricity via a fuel cell. As soon as the electricity used in the electrolysis of water comes exclusively from renewable sources such as hydroelectricity, solar or wind power, we speak of green hydrogen.

What uses for green hydrogen

Green hydrogen will first be used to store electricity, as renewable energies are often intermittent. For a solar power plant, for example, it is a matter of producing electricity during the hours of sunshine and transforming the electricity produced into green hydrogen. This gas, whose combustion only emits water vapor, can be transformed back into electricity when the primary renewable energy source (the sun) is unavailable.

Green hydrogen will also play an important role in decarbonizing transportation. In South Africa, chemical industry giant Sasol is currently positioning itself in the nascent green hydrogen market. It has already signed a partnership with Toyota South Africa Motors (TSAM), the subsidiary of the Japanese car manufacturer Toyota, to develop green hydrogen for truck transport with the launch of hydrogen-powered vehicles on the South African market. A new technology that the giant Toyota is already working on.

On the scale of the African continent, hydrogen could be a game changer in terms of pollution caused by mobility. And the issue of sustainable mobility is of growing interest to policymakers and investors in Africa. According to the World Bank, most of the nationally determined contributions (NDCs) recently developed by African countries have identified transport as a priority area for reducing greenhouse gas (GHG) emissions in carbon-intensive sectors. However, this must be put into perspective, as many African countries are still struggling to implement real strategies for the transition to clean mobility. Existing solutions, especially electric ones, are still not widely adopted at the moment due to high costs and the lack of infrastructure needed for sustainable mobility, such as electric vehicle charging stations and a reliable power grid.

The British company Chariot is setting up the Noor project with the aim of producing and exporting 10 GW of hydrogen. The company will generate the necessary electricity from wind and solar farms. Chariot has already secured exclusive rights from the Mauritanian government to a total land and offshore area of approximately 14,400 square kilometers to conduct pre-feasibility and feasibility studies for the production of clean electricity. Like Mauritania, major groups currently positioning themselves in Africa are planning to export green hydrogen to international markets.

The lure of Egypt

Egypt is also among the future green hydrogen producing countries in Africa. Cairo continues to attract investors who want to use the North African country as a center for green hydrogen production and export. The country has also convinced investors with its success in implementing numerous clean energy projects by independent power producers (IPPs) in Egypt.

Four energy companies have signed agreements with the Egyptian authorities for hydrogen research and development. This is the case of the German giant Siemens and the Italian oil company ENI, which is now trying to diversify its activities by investing in renewable energy. Similar agreements have also been signed with the Belgian group Dredging, Environmental and Marine Engineering NV (DEME) and by the Norwegian Scatec, which is currently operating six solar photovoltaic plants totaling 380 MWp in the Benban complex (1,650 MWp) located in the governorate of Aswan.

In Morocco, bilateral cooperation for the development of green hydrogen

Morocco, which also wants to invest in the nascent green hydrogen industry, is relying on bilateral cooperation to access the necessary financing. The North African kingdom has signed agreements with Portugal and Germany. Rabat wants to export the green hydrogen produced in Morocco from the port of Tangier.

For its part, the International Renewable Energy Agency (IRENA) wants to support the efforts of the Moroccan government through studies on technological and commercial prospects. The institution also contributes to the development of public-private cooperation models, intervenes in the development of new hydrogen value chains and wants to lay the foundations for its commercialization at the national and regional level.

What about financing, research and development?

In Namibia, Germany has pledged to support the production of this new energy with $40 million to fund research and development.

Hyphen Hydrogen Energy, a joint venture between German renewable energy producer Enertrag and investment company Nicholas Holdings, has signed with Windhoek to invest $9.4 billion, equivalent to Namibia’s current gross domestic product (GDP) of $10.7 billion by 2020 according to the World Bank. Hyphen will set up facilities capable of producing 300,000 metric tons of green hydrogen by converting 5,000 MW of electricity generated from wind and solar farms in the Tsau/Khaeb national park on the coast in the southwest of the country.

But for now, Namibia itself has not yet established a well-structured strategy for green hydrogen production, with the first assessment still underway. This is also the case for several countries on the continent.

The only country that has so far made specific commitments on the financial aspect is Egypt. The Egyptian government wants to invest 4 billion dollars to support the development of green hydrogen over the next few years. Namibia is also making significant progress with private investors.

As far as R&D is concerned, the first advances are located in South Africa. And it is the French giant Engie that is behind the work undertaken near the Mogalakwena platinum mine, located in the Limpopo province and operated by the British company Anglo American. This experimental green hydrogen production project is being implemented in partnership with Release by Scatec, a subsidiary of Norwegian IPP Scatec.

As part of the agreement, Scatec will supply solar photovoltaic energy to Engie over a 2-year period. The installed Release by Scatec containerized solution will be capable of producing 616 kWp of solar energy. This clean energy will be converted into hydrogen as part of Anglo American’s much broader strategy to achieve carbon neutrality in its mining and processing operations by 2040.

Green hydrogen produced at its Mogalakwena mine will power its mining trucks. According to the group, the hybrid model currently being assembled in South Africa will be capable of carrying a payload of 290 tons.

Scatec is also active in Egypt, where the company wants to produce green ammonia that could be used in shipping. The ammonia will also be produced from green hydrogen. The project launched by the Norwegian energy company is being implemented in partnership with Fertiglobe, an ammonia producer jointly owned by OCI N.V. and Abu Dhabi National Oil Company (ADNOC), as well as the Sovereign Wealth Fund of Egypt (TSFE). The Scatec plant will be able to convert 100 MW of green hydrogen into green ammonia, which is needed to reduce GHG emissions from nitrogen fertilizers.

‘It will save the world’: Put Africa at heart of climate fightback, Cop26 told