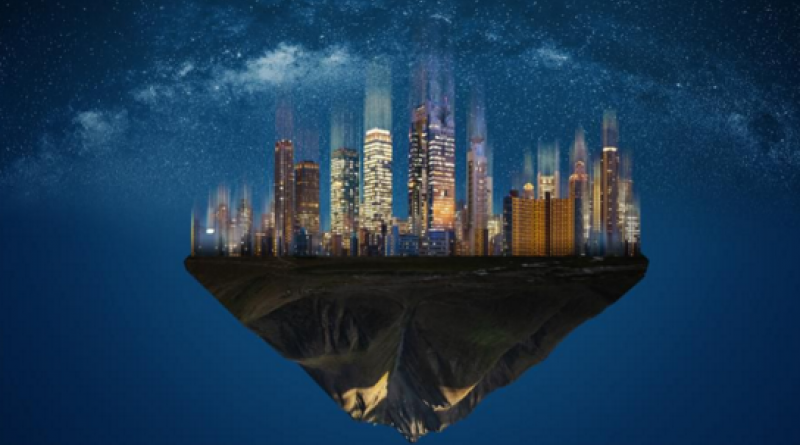 While cities are often seen as centers of innovation, a growing number of islands are quietly leading the way in smart technology. Islands worldwide are positioning themselves as incubators as they work towards becoming self-sufficient & reducing carbon footprints, leading to the adoption of new smart technology . Their growth has the potential to provide replicable models for larger areas, meaning many islands are becoming blueprints for the future development for the rest of the world, while themselves transforming into sustainable communities for the benefit of the local population.

The limitations of island life mean islanders have long been innovative, making do with resources available locally. While often deemed peripheral to modern life, for environmental issues, island communities are at the forefront. Climate change impacts are more acute on small islands and therefore the need for adaptation solutions is more pressing, driving innovative approaches.

Arno Boersma, Director of UNDP’s Centre of Excellence for Small Island Developing States highlights the opportunity for islands to exchange knowledge and benefit from each other's experiences: "Islands face many common challenges, and often a lack of resources to address them. Therefore, knowledge sharing of proven solutions that address the SDGs can be particularly beneficial for them. ‘Islands’ are often used as metaphors in the domain of knowledge management, ie. for the silos within organizations that need to connect."

Often relying on expensive electricity costs due to imported fuel and the lack of local energy production, energy self-sufficiency is an important discussion for islanders . With the benefits of smaller infrastructures and more control over local governance, islands may provide the optimal technological testing ground with more favorable economics than larger grids. As a result, islands have been transitioning to smart technology for several years and have benefited not only from self-sufficiency but sustainable development and a reduction of carbon emissions.

The Smart Community Aruba is a good example of transition success. A project involving smart technology and new housing on the island, the smart community is being used as a prototype for future developments. The homes within the community are fully integrated with new technology and are part of a smart grid reliant on renewable power. This creates opportunities for private partners to showcase, test and certify technology, building systems and designs. Additionally, it lets planners learn about consumer behavior and how to create more efficient buildings, energy systems and water or waste networks.

By transitioning towards renewable energy that is linked to a smart grid, the project not only reduces carbon emissions but provides the data needed to improve its efficiency. Smart grids help identify potential issues before they arise and provides information in real-time regarding services, power production and what more efficient options are available. Research being undertaken in Orkney is delving into how a multi-layered renewable smart grid can benefit the archipelago and its inhabitants. Just like on Aruba, the data being collected in Orkney will help shape how local planners and developers improve everything from the archipelago’s transport systems and energy networks to building techniques.

The Isles of Scilly are also moving towards a smart technology future as well, using a similar framework than the one used in Orkney and a range of other sustainable islands. Scilly will be a case study for the United Kingdom’s future development, as the government outlined itself in the2017 Industrial Strategy white paper. Positioned as the UK’s test lab, the project includes installing renewable energy, integrating a smart-grid system that keeps energy within the same loop and reducing the islands’ reliance on fossil fuels. Real-time analysis will show where improvements can be made and which sectors have the most to gain, and will then affect the next phase of improvements - a fact-based development strategy that mirrors science in how it self-corrects and adapts itself based on new findings. The pioneering island grid experiments have given opportunities to apply the technology to the mainland grid.

Success stories from islands worldwide have inspired policymakers to adopt smart technology and IoT as a default framework for improving themselves. The European Union recently announced the Clean Energy for EU Islands program aimed at transitioning several thousand islands away from fossil fuels towards renewables, which comes after the EU alsolaunched the Smart Islands Initiative in 2017. The data collected from the Initiative, which involved Eigg in Scotland and El Hierro in the Canaries is expected to provide inspirations to other communities looking to transition. The new technologies developed the Smart Islands Initiative will directly benefit the Clean Energy for EU Islands program, who will use their data to develop the islands as efficiently as possible.

Another program named the Smart Fossil Free Island has also been using smart tech to reach its sustainable development goals and has inspired other local governments to follow their example. The French island of Belle-Ile-en-Mer has launched its own transition program via renewable energy and smart technology funded by several French companies.

Gilles Normand, the Senior Vice-President of Renault’s electric vehicle division, which is involved with the project explains how they see it panning out: “Our goal is to promote the implementation of global solutions that meet local needs using both tried-and-tested and more recent technologies. It will be possible to carry over the Belle-Île-en-Mer system not just to other islands but also to cities and suburban areas.”

It is expected that smart technology will feature in the EU’s new project, which will provide decision-makers with a way of monitoring how the islands are progressing, but also give feedback for future expansion. Being able to collect information about how smart technology can be used, and testing its limitations will have a major impact on how major cities and countries develop their own strategies to transition towards a low carbon economy. On top of this, it will also have the added benefit of providing a pathway for larger entities to follow.

Policymaking for the Future

Islands may have previously been left at the periphery but then now present an opportunity. Jonathan Pugh, Senior Academic Fellow at Newcastle University points out that:

“Islands have been framed as convenient sites through which to watch the unfolding forces of modernity: islands as living laboratories for the modern sciences, and for romanticized notions of backwardness and savagery, where moderns can observe peoples who are more in touch with nature and the elements. But today the stakes are rapidly changing. Islands are fast becoming the exemplars and living laboratories for those interested in non-modern ways of living as the new solution to transforming planetary conditions. Thus, islanders have become celebrated as the emblematic living laboratories for understanding adaptive resilience and indigenous ways of adapting to the elements, rather than the heavy-handed, command and control approaches of modernity.”

Islands that have implemented smart technology in conjunction with renewable energy see a marked decrease in carbon emissions, in addition to improved resiliency for their power systems. The fight to mitigate environmental damage gives policymakers worldwide a chance to follow their lead and implement the changes they have through transitions and technological advances.

Paradise lost? EU funds to polluters will trash some of the world’s most beautiful islands.