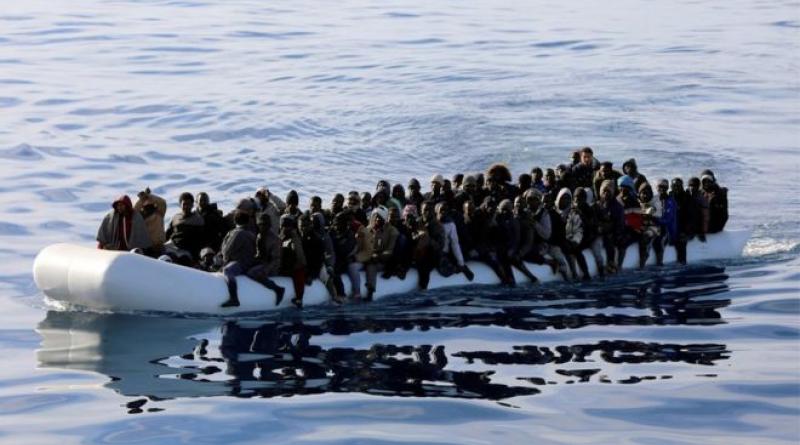 Europe can expect even greater migratory pressure from Africa unless action is taken to prevent global warming, Sir David Attenborough has said in a strongly worded warning to policymakers that time is running out to save the natural world from extinction.

Speaking at the spring meeting of the International Monetary Fund in Washington DC, the broadcaster and environmentalist said that on current trends parts of the world would soon become uninhabitable and populations would be be forced to move.

Attenborough, 92, said it was vital that countries met their commitments made in the 2015 Paris climate agreement to reduce carbon emissions because time was fast running out for the planet.

Asked by the IMF managing director, Christine Lagarde, whether there was a link between migration and climate change, Attenborough said: “It is happening in Europe. People are coming from Africa because they can’t live where they are.”

He said migration pressures would become more acute as temperatures continued to rise because more parts of the world would become uninhabitable.

Attenborough, who was publicising the Netflix series Our Planet, said: “I find it hard to exaggerate the peril. This is the new extinction and we are half way through it. We are in terrible, terrible trouble and the longer we wait to do something about it the worse it is going to get.”

Safeguarding the future of the planet meant that governments may need to risk the wrath of voters by ending subsidies for fossil fuels and imposing carbon taxes.

“We are supporting and subsidising the very things that are damaging our planet. The natural world is so delicate. It needs all the protection it can get. Sometimes that means governments have to take decisions that are painful and cost money.

“Carbon-based fuel is the source of many of our problems and we are subsidising that.”

Attenborough said it gave him hope that support for environmentalism was strong among young people and politicians needed to listen: “They are saying: ‘Do something and we will support you.’”

He said there had been examples, including the agreement to end whaling, of international cooperation to help the natural world, but added: “The opportunity won’t last for ever. Unless we act on the Paris climate change agreement we are going to be in real trouble.”

Attenborough’s theme will be echoed by the chancellor, Philip Hammond, during his visit to Washington for the IMF’s spring meeting.

“We must work together with our partners across the world to create a safer, more prosperous and more sustainable economy for future generations,” he will say, at the inaugural gathering of a global group of finance ministers dedicated to using economic levers to tackle climate change.

The Treasury said Hammond would make the first intervention at the Coalition of Finance Ministers for Climate Action, building on his previous warnings that calls by the young to reverse the existing damage to the environment must be heeded if global economies are to continue to grow and capitalism is to continue to succeed.

Hammond will argue that environmentalism is good for the economy, pointing to the UK’s 430,000 jobs in low carbon businesses. The chancellor will insist that global guidelines for tacking climate change need to be backed by urgent actions.