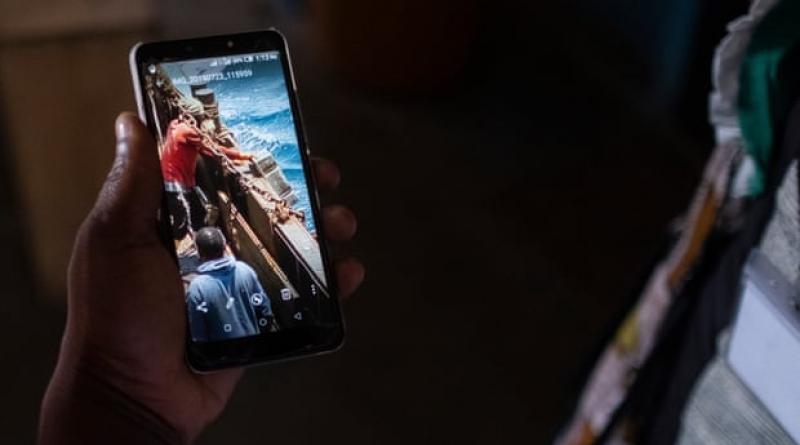 Illegal and destructive practices by industrial trawlers in Ghana have led to one of the worst overfishing crises in west Africa, with small pelagic species known as “the people’s fish” driven almost to the brink of collapse.

Scores of small-scale fishers are now fighting back against illegal trawlers using a smartphone app that allows them to record, log and report any alleged fishery crimes they spot out at sea.

Evidence gathered via the app, developed by the Environmental Justice Foundation (EJF), an NGO working in Ghana and other west African countries to help combat overfishing, was used to report an alleged infraction of fisheries law to Ghana’s Fisheries Commission late last year. A canoe fisher who spotted an industrial trawler with its nets allegedly within the six-mile nautical exclusion zone reserved for small-scale fishers, used the app to photograph and film the boat, and a report was submitted to the Ghanaian government.

When a user spots a vessel they believe is illegally fishing, coming too close to shore, or damaging canoes or gear, they use the app to take a photo of the boat, with its name or identification number. The app records the location and uploads it to a central database, managed by the EJF, where it can be used to catch and penalise perpetrators.

The tool, called Dase, which means “evidence” in Fante, is also being developed for use in Liberia, where dangerous clashes between canoes and industrial trawlers have been reported.

Researchers predict the total loss of small pelagic fish populations, the staple of coastal communities in Ghana, within five years unless urgent action is taken.

“Illegal fishing is causing the collapse of Ghana’s staple fish stocks and the loss of food security, livelihoods and tens of millions of dollars in national revenue,” said Nana Jojo Solomon, executive member of the Ghana National Canoe Fishermen Council, at the launch event in Cape Coast.

“This app means canoe fishers no longer have to stand by while industrial vessels fish illegally in their fishing grounds.”

So far 100 small-scale fishers from communities active in surveillance along Ghana’s 350-mile coast have downloaded the app, according to EJF, which developed the app based on the Collect software platform under the EU-funded Far Dwuma Nkodo project.