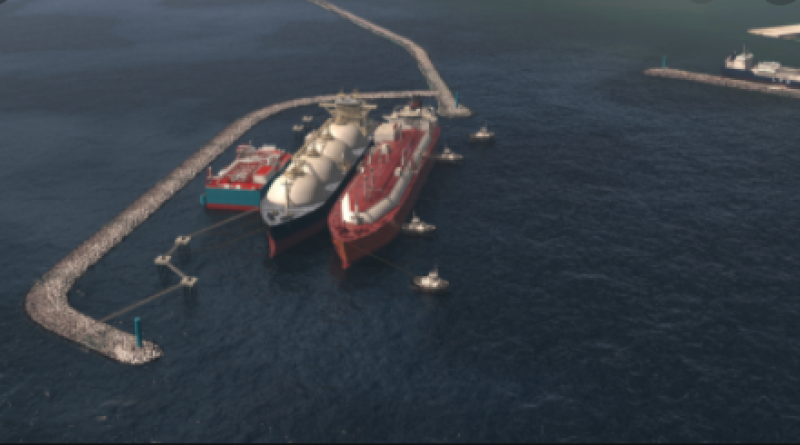 Ghana is set to become the first Sub-Saharan nation to import LNG as the government continues its attempts to renegotiate unaffordable power generation contracts.

LNG is being pushed in emerging nations as a clean transition fuel that is “critical” for development. It is neither of these things.

Ghana’s first LNG imports will arrive amidst a continuing financial crisis within the nation’s power system – something that LNG threatens to make worse.

As one of Africa’s most politically stable economies, Ghana enjoyed strong and consistent economic growth prior to COVID-19. GDP growth was 6.3% in 2018 and 6.5% in 2019 according to the World Bank.

However, Ghana has found that such growth is no protection from power sector overcapacity in its power system and the financial issues that brings with it. Overcapacity occurs when a nation adds new power capacity in excess of electricity demand growth. COVID-19’s impact has slowed power demand growth making overcapacity problems even worse.

Economic growth in Bangladesh has been even higher than Ghana’s, reaching 8.2% in fiscal year 2018-19. Yet Bangladesh is suffering from a worsening overcapacity problem with utilisation of its power fleet at just 40% in 2019-20 and likely to drop lower in the next few years.

The result of this is higher capacity payments to plants standing idle much of the time, an issue which raises the average cost of power generation – a problem with which Ghana is all too familiar.

Like Bangladesh, Ghana suffered power shortages six or seven years ago that threatened to constrain economic development. The response in both cases was to accelerate power capacity additions by signing contracts with independent power producers (IPPs).

In Ghana, these contracts are now proving to be excessive and unaffordable.

In 2019, the country’s finance minister made clear that excess capacity, rising capacity payments and growing debt within the power sector are threatening Ghana’s economy.

The build-up of debt within Ghana’s power system threatens to become totally unsustainable and may reach US$12.5 billion by 2023.

The mounting debt is being caused by the inability of the state-owned power distributer – the Electricity Company of Ghana – to collect all the revenue for the energy it sells. Transmission and distribution losses as well as illegal grid connections also play a part. The annual revenue loss is estimated at $580 million, leaving the company unable to fully pay power generators.

Ghana is not the only African nation burdened by capacity payments. Kenya Power has warned of an overcapacity problem and has been plunged into losses by the growing cost of power it purchases from generators.

Capacity payments make up 54% of Kenya Power’s cost of sales according to Kenya’s Auditor-General.

These issues in Kenya and Ghana mirror another power system financial crisis in Pakistan which has led to the need for very large power tariff hikes for consumers and businesses.

Similarly impacted by low bill collection rates, transmission and distribution losses, and power theft, debt within Pakistan’s power system is on course to reach US$18 billion by the end of June 2021.

Pakistan’s increasingly precarious situation is also being made worse by overcapacity and rising capacity payments. Under existing contracts, capacity payments to power generators are on course to reach almost US$10 billion per annum by 2023.

The inevitable consequence of expensive power generation and unsustainable debt is a rise in consumer power tariffs. In March 2021 it was revealed that consumer power tariffs in Pakistan would rise 34% over two years to help address the growing debt problem. This followed a 15% tariff increase approved in February 2021.

IPPs protect themselves at consumers expense

The experience of Ghana, Pakistan, Bangladesh, and Kenya should be a warning for other developing economies across Africa and Asia.

IPPs like to claim they are providing much-needed power capacity to support development. But when power demand growth inevitably falls below forecast – which is common – IPPs are protected by capacity payments they receive whether they are generating power or not.

The resultant increase in power generation costs then have to be borne by governments or consumers (or both).

Ghana is now in the process of renegotiating these unaffordable contracts and is planning to invest US$1 billion in proceeds from a 2020 Eurobond issuance to refinance expensive debt on the IPPs books to allow for lower tariffs.

Pakistan has also been renegotiating IPP contracts. Like Ghana, IPP contracts have included capacity payments and returns fixed in U.S. dollars which have proven unaffordable as the Pakistan rupee has weakened. The renegotiations have not been enough to prevent large consumer tariff increases.

Kenya Power has identified reductions in capacity payments as key to reducing consumer power bills and a means to bring it back into profitability. This represents a U-turn for the company which until recently has been insisting that significant consumer tariff increases were needed to make it profitable.

Meanwhile, Bangladesh is planning to shut down more than 1,000MW of power plants by 2024 to reduce the burden of capacity payments.

Ghana will begin importing LNG just as the expensive fuel is making problems in Pakistan and Bangladesh worse.

The high cost of LNG is already causing Bangladesh’s fossil fuel subsidies to increase unsustainably so as to avoid significant electricity price rises that could hold back its developing economy.

And imports of LNG into Pakistan are now causing debt to build up in the gas system in addition to the electricity system.

The recent energy crisis in Texas is another warning for any nations planning an increased reliance on LNG.

African nations need to question the financial impact of expensive LNG imports on their energy systems, especially when there are cheaper, more energy secure options available. In addition to Ghana, LNG import terminals are being planned in Benin, Mozambique, South Africa, Sudan and Equatorial Guinea and have previously been proposed in Kenya and Namibia.

Rather than increase exposure to volatile fossil fuel prices and massive infrastructure costs, developing nations should turn to power technology that has no such exposure – renewable energy.

A switch in focus to renewable energy should be matched with grid investments that can reduce transmission and distribution losses and make better use of existing capacity as demand growth picks up post-COVID-19.

Increased grid inter-connection within the West African Power Pool could help Ghana’s situation and power exports out of the country should increase in 2023 when current inter-connection projects are completed.

Around the developing world, power systems based on fossil fuels are in financial crisis.

Rather than increasing fossil fuel reliance by importing expensive LNG, emerging economies would be better off focusing on renewable energy projects – which don’t receive capacity payments – in order to reduce the cost of generation.

This is a clearly preferable solution to address financially unsustainable power systems that avoids huge consumer tariff increases of the type now occurring in Pakistan.