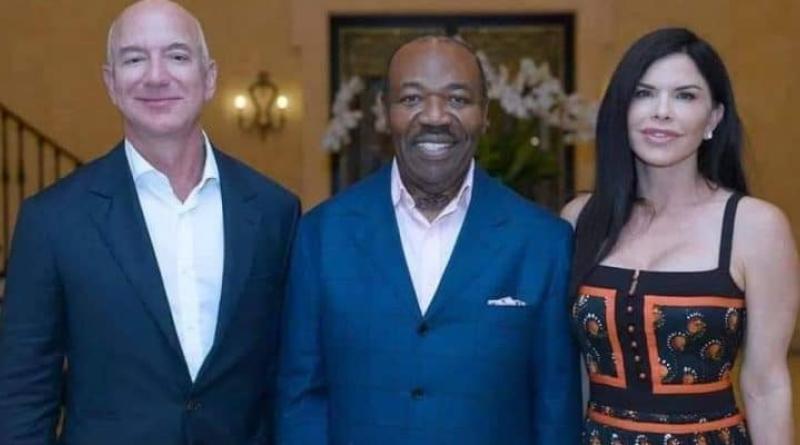 The founder of the Bezos Earth Fund has announced the granting of 35 million dollars to Gabon, to support the preservation of forests. The funding is part of the foundation's $110 million commitment to support nature conservation in the Congo Basin.

“A great moment! We discussed the most effective way to preserve the climate, the forest and biodiversity. Gabon and the Bezos Earth Fund share the same vision and ambition: to leave our children a livable planet,” said President Ali Bongo Ondimba, who received Jeff Bezos on Tuesday 12 July 2022. As a token of his support, the American businessman has committed 35 million dollars, or 22.9 billion CFA francs, to support the conservation efforts of the Gabonese authorities.

The support given to Gabon by the founder of the Bezos Earth Fund is part of the $110 million granted by the foundation to support nature conservation in the Congo basin. In December 2021, the US non-governmental organisation (NGO) Wildlife Conservation Society (WCS), which aims to preserve nature around the world and particularly in Africa, is receiving a $40 million grant to scale up its conservation work in the Congo Basin, one of the most biodiverse regions in Africa and the world’s largest net tropical carbon sink.

At the launch of his foundation in 2020, the American businessman pledged $10 billion in grants over the decade 2020-2030 to fight climate change and protect nature.

In addition, the Bezos Earth Fund is one of nine private funders who have pledged $5 billion to protect and conserve 30% of the planet by 2030. Also known as ’30×30′, this goal was debated on 30 September 2020 at the 75th regular session of the UN General Assembly. It aims to convert 30% of the planet into protected areas by 2030.