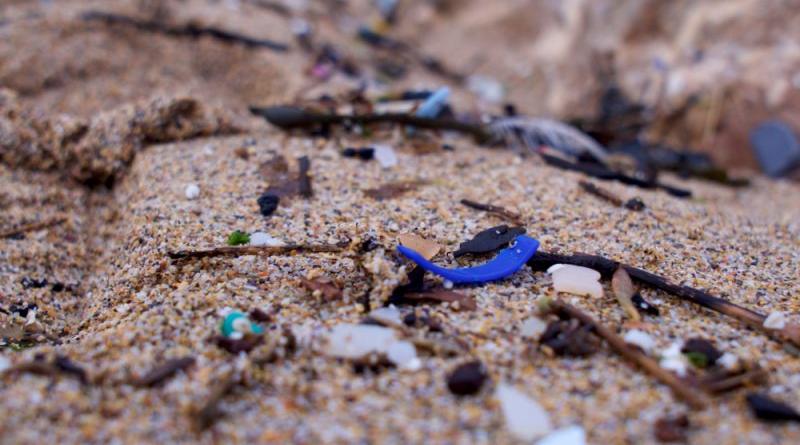 600,000 tonnes of plastic are being dumped by 22 countries in the Mediterranean Sea every year, EURACTIV’s partner La Tribune reports.

If humanity continues dumping plastics into nature at the current rate, there will be more plastic than fish in the world’s seas by 2050.

This prediction has been haunting public opinion and plastic processors since 2016 when this was made in a study published by the World Economic Forum in collaboration with the Ellen MacArthur Foundation.

On Friday (7 June), the day before World Ocean Day, a new report from the World Wildlife Fund (WWF) reinforced this claim. Focused on the Mediterranean, it reveals that 600,000 tons of plastic end up in the waters of the ancient cradle of Western civilization every year.

79% of the plastic at sea attributable to coastal activities

In 2016, each Frenchman generated 66.6 kilos of plastics, with France generating 4.45 million tonnes in total. Out of the 22 countries analysed, France’s plastic waste amounts to 18.6%. Of this French waste, 98% is collected, 76% incinerated or landfilled and 22% – less than in Italy, Spain, Israel and Slovenia – is recycled.

Nevertheless, 80,000 tonnes of plastic ends up in the wild every year, of which 11,200 tonnes are dumped into the Mediterranean.

WWF is alarmed by these figures.

The impact of this pollution is considerable, according to the report.

66% of France’s waste is still on the water’s surface after one year, 21% returns to its coasts and 11% is washed up on the seabed. Plastic waste clogs boat engines and fishing nets, kills marine life, worries seafood consumers and discourages tourists.

Plastic waste costs the French economy €73 million every year, estimates WWF. The total losses for the Mediterranean region amount €641 million, while the region’s Blue Economy represents 6% of the region’s GDP.

In addition, there are cleaning costs, which in the most complex situations can reach up to €18,000 per tonne of waste collected and are often covered by local authorities, not to mention the increasing environmental impact of plastic consumption, which in France requires the equivalent of 74 million barrels of oil.

“It is therefore imperative that the states in the Mediterranean region take ambitious measures to put an end to this scourge,” WWF France President Isabelle Autissier concluded.

In particular, the NGO urges Mediterranean countries to negotiate a binding multilateral agreement to put an end to plastic dumping at sea before 2030.

It also urges the French government to endorse a draft law for a circular economy, which is expected to be presented before the French Council of Ministers on 3 July. In particular, the French government is urged to strengthen measures to reduce the production and use of plastics, including by encouraging business models based on recycling and the reuse of products.

However, while the draft bill for a circular economy is currently under consideration by the National Council for Ecological Transition, stakeholders from the plastics sector have welcomed it because of its lack of ambition in terms of plastics.

The new bill does not provide for a new ban on single-use packaging in addition to those already provided for by the Energy Transition Law and the Law on Food and Agriculture. As for the provisions to encourage recycling and the incorporation of recycled material, recyclers consider that the bill’s drafters could have gone further.

And some stakeholders fear that the deposit system mentioned in the draft law will end up being applied only for the simple recycling of the type of waste that is already being well recycled, namely PET bottles.

But parliamentarians could well show more ambition by amending the draft laws since the WWF report is also addressed to them.

Plastics are being glued together in the ocean