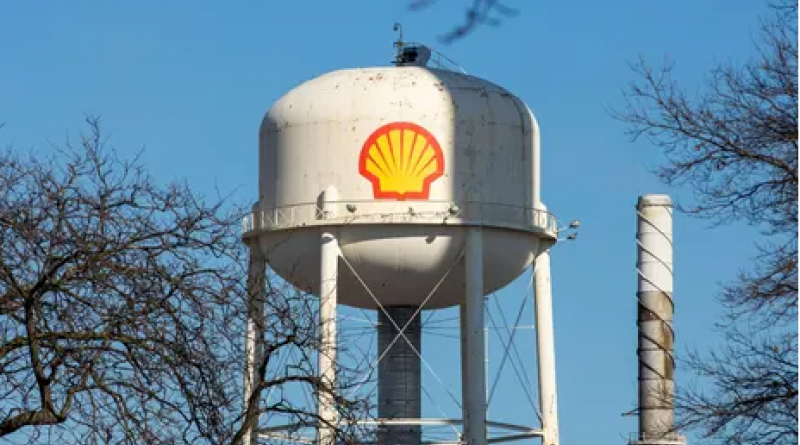 Nearly two in three Republicans believe oil and gas companies are at least somewhat responsible for the climate crisis – but they don’t want to keep these companies accountable.

In fact, even when they were told that oil and gas companies knowingly misled the public about their products driving climate change, most Republicans said the public and the government should not hold those companies accountable.

These findings are part of a new YouGov poll commissioned by the Guardian, Vice News and Covering Climate Now, which reveal America’s lasting attachment to the fossil fuel industry. 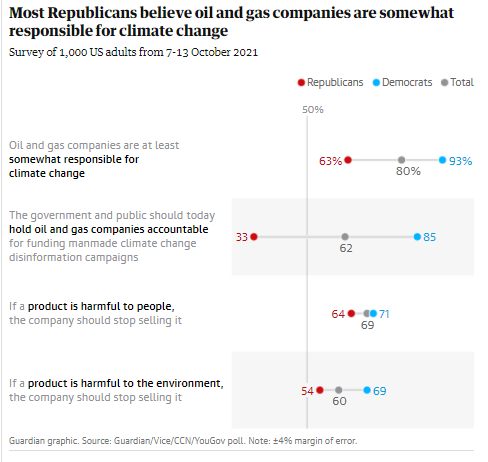 The poll findings suggest that much of the marketing campaigns that fossil fuel companies have released to paint themselves in a positive light have worked.

About 90% of Republicans said they have neutral or positive feelings toward America’s two biggest fossil fuel companies, Shell and Exxon. But about half of Democrats said the same, despite more than 90% of them saying oil and gas companies were at least somewhat responsible for climate change.

Notably more Americans had negative opinions about BP, possibly linked to the negative publicity the company received after the 2010 BP Deepwater Horizon oil rig accident in the Gulf of Mexico, which is still the biggest oil spill in American history. 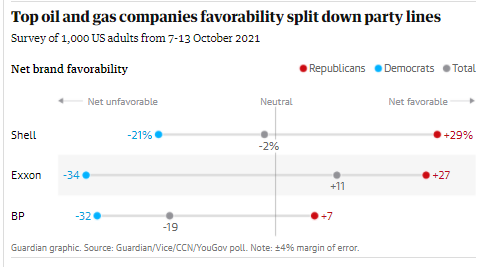 For decades oil and gas companies ignored their own scientists who told them their products were harmful to people and the environment as early as the 1970s.

In fact, they bankrolled multimillion-dollar campaigns to downplay the climate crisis and misled the public by saying global heating was a theory not based in scientific fact.

This poll shows these efforts have been largely successful, especially among Republicans who have been heavily influenced by misleading stories in conservative media like Fox News. 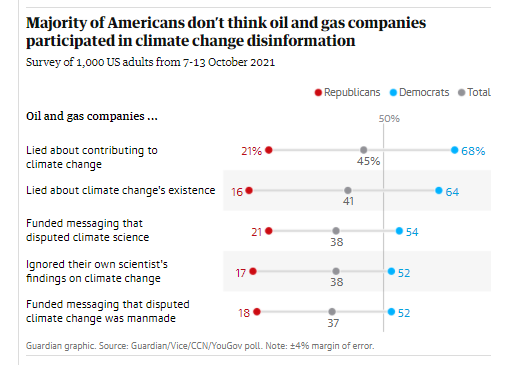 Fossil fuel production is twice what the world needs to keep warming below 1.5°C