Forests Are Vanishing More Slowly, But Not Slowly Enough. 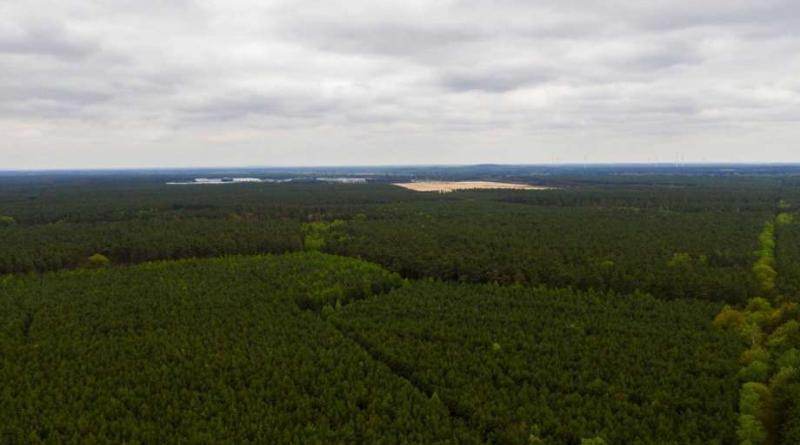 A United Nations report says Africa and South America lost the most trees in the past decade, but the data don’t show the whole picture.

The world’s total forest area is decreasing more slowly than in past years, according to new data from the United Nations. But the numbers fail to show the bigger, darker picture.

The planet has lost 178 million hectares of forest since 1990, an area roughly the size of Libya. The rate of loss, however, has decreased “substantially” over the last decade due to a combination of slower deforestation, forest planting and natural forest expansion. 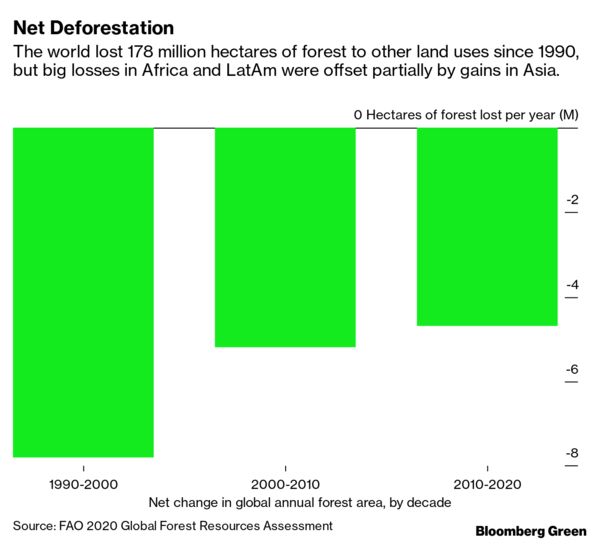 Although the progress is encouraging, it nevertheless falls far short of environmental goals. Deforestation was supposed to have been halted completely by 2020 under the UN’s Sustainable Development Goal 15. And while deforestation has been declining, the pace of decline is slowing.

“When looking at these results, we see some positive news,” said Anssi Pekkarinen, coordinator of the Global Forest Resources Assessment. “But we can also see we are far from actually achieving these objectives. The progress isn’t good enough.”

The situation may be more dire than the data suggest. Nations are responsible for submitting their own data to the UN’s Food and Agriculture Organization, which published the report Thursday. The Global Forest Resources Assessment 2020 tracked more than 60 variables in 236 countries and territories between 1990 and 2020, according to the UNFAO.

Critics contend the data submitted can be outdated and vary widely by country. The FAO said it’s currently conducting a remote sensing survey of global forest area, which it intends to publish in 2021.

“The overall trend we are seeing for primary forests is not positive,” said Crystal Davis, director of Global Forest Watch, which uses satellite imagery to detect deforestation on a weekly basis and wasn’t involved in the production of the FAO report. 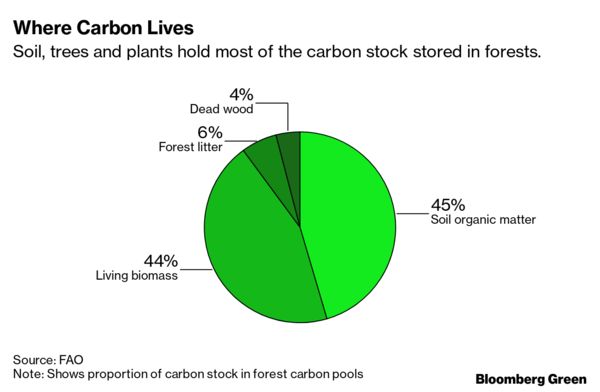 Even worse is the loss of trees in areas that function as “carbon sinks.” The data show the total amount of carbon sequestered in global forests has decreased over the past 30 years, from 668 gigatons in 1990 to 662 gigatons in 2020.

“When you dig into the numbers, you see continued rapid loss in the tropics,” Davis said. Years of conservation efforts in Brazil, for instance, are being undone by the administration of right-wing President Jair Bolsonaro, a climate-change skeptic. These losses are especially painful, since tropical forests provide valuable biological diversity and store more carbon than new growth forests.

As Davis put it: “Not all forests are created equal.”

— With assistance by Emily Chasan

Gabon will be paid by Norway to preserve its forests.

A Battle to Protect Forests Unfolds in Central Africa.

This startup is using geo-tagging and blockchain to fight deforestation in Africa.