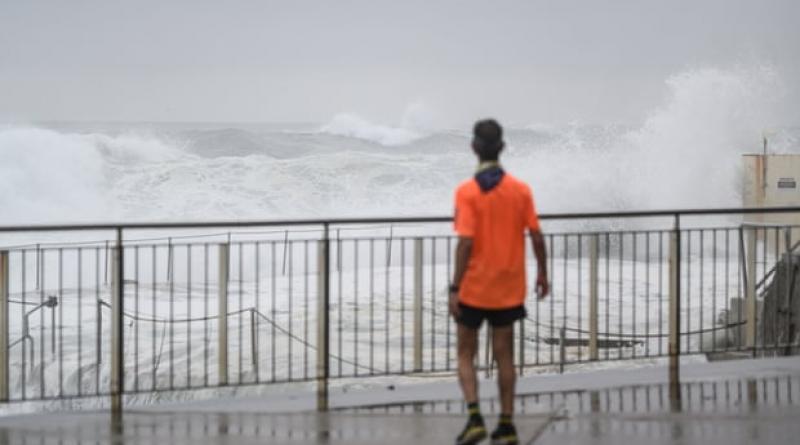 Human-caused sea level rise likely caused eight out of 10 floods in the region between 1970 and 2015, a study finds.

Flooding in localised areas around Sydney will happen almost every week by the middle of this century because of human-caused sea level rise, according to a study by scientists at the Bureau of Meteorology.

The frequency of flooding around parks, gardens and footpaths had already gone up from less than two days per year in 1914 to a present day rate of about eight days per year, the study found.

If greenhouse gas emissions remained high and no measures were taken to adapt to rising sea levels then flooding events caused simply by tides would be a daily occurrence in Sydney by the end of the century, the study found.

Published in the journal Earth’s Future, the study concluded that between 1970 and 2015, human-caused sea level rise had likely been the cause of eight out of 10 flooding events in the Sydney region.

Minor inundation had occurred on 248 days since 1970, the study found, but 203 of those days of minor flooding would not have happened without sea level rise.

Human-caused global heating has caused sea levels to rise because as oceans warm up, they expand and take up more space. The melting of ice attached to the land – such as ice sheets and glaciers – also raises sea levels.

Ben Hague, a climatologist at the Bureau of Meteorology who led the study, said: “What we are talking about here [is] the flooding of streets and car parks and gardens like December 2017 when parts of the Royal Botanic gardens were flooded.”

As well as analysing past minor flooding events, the study also looked at projections of sea level rise for the future to work out how often these flooding events would happen.

The study, which included scientists from Monash University, did not account for flooding events exacerbated by storm surges coinciding with high tides. 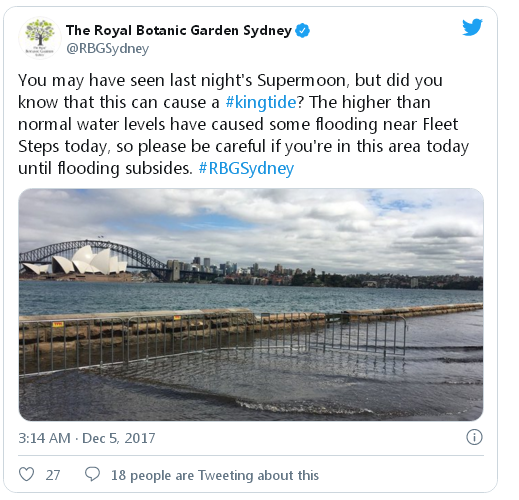 Hague said the results in the study presumed that no structural or engineering measures were taken to adapt to the flooding.

“But we hope this study helps to improve risk assessments and forecasts and increases our resilience to coastal floods in the future,” he said.

According to a 2019 United Nations report on climate change and the oceans, the world’s sea levels will be rising faster by the end of the century even if greenhouse gas emissions are reduced quickly.

Sea levels will rise by between 43cm and 84cm by the end of the century from their average levels between 1986 and 2005, depending on how much CO2 is emitted.

A study in July found that combining rising sea levels with storm surges and high tides would likely expose an extra 23 million people around the world to coastal flooding in the next 30 years, even if greenhouse gas emissions were cut dramatically.

Prof John Church, an expert on sea level rise at the Climate Change Research Centre at the University of New South Wales, said the findings of the study of Sydney flooding were broadly consistent with previous studies.

He said: “The big uncertainties in future sea level rise are really the large-scale issues – climate sensitivity, the future of the ice sheets, and the regional distribution of sea level rise – rather than local issues. Of course local authorities need to be aware of the various local issues, including subsidence.

“The general message here is absolutely correct – I have been stating for many years now that the historical one-in-100 year coastal flooding event will be occurring several times a year by 2100 in some locations for high emission scenarios.

“This is clearly something we are going to have to deal with. This is the very important aspect of climate change and particularly sea level rise that I have argued for – while the impact today maybe moderate, if we take no action we are locking in very significant impacts in the future. And of course sea level rise does not stop in 2100.”

“The numbers are already confronting and just with the thermal expansion of the oceans can make inundation a daily event.”

Prof Kurt Lambeck, of the Australian National University, said the most serious issue related to sea level rise would be how it interacted with an increase in the magnitude of storms.

“The underlying cause of the anthropogenic sea level change is the rising global temperature. Action on that is required to reduce the likelihood that current rates of sea level rise do not accelerate.”

Mangroves Threatened by Sea Level Rise Could Disappear by 2050.