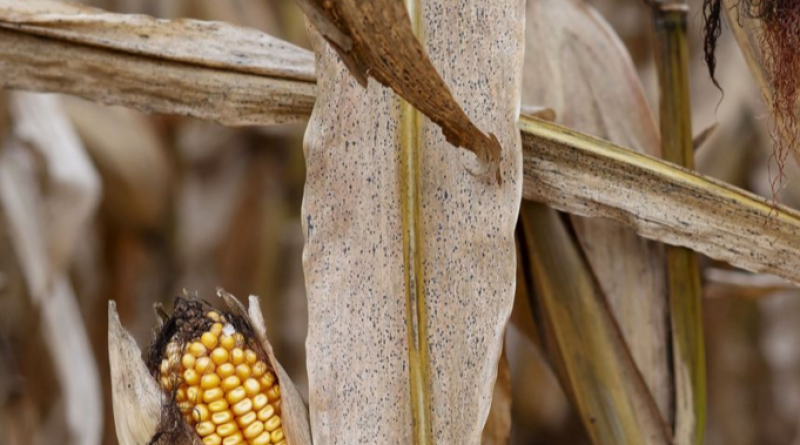 Corn is a staple grain across much of sub-Saharan Africa, where it’s milled and cooked with water to form a porridge or stiff dough. Zimbabwe, Mozambique and Kenya are all expected to see imports surge this season to offset dwindling harvests. That may spur neighboring Tanzania to export a record amount, and some grain may also be sourced outside the continent.

Consumers in sub-Saharan Africa generally eat white corn, while the yellow variety that’s more commonly traded globally is used for animal feed. That, combined with bans on genetically modified crops in many African countries, can make international purchases difficult, and the imports come amid a rally in global corn prices as floods ravage U.S. plantings. 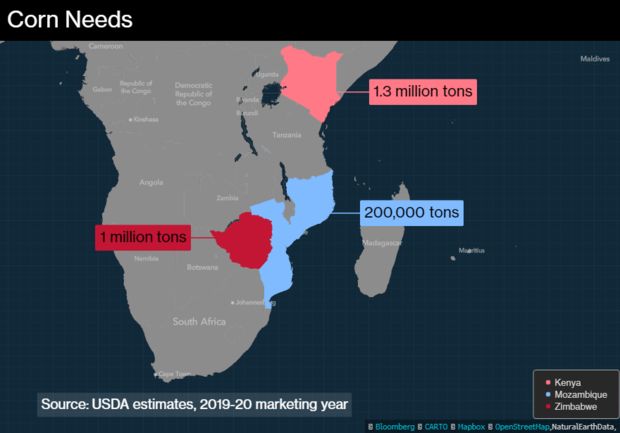 Zimbabwe may buy 1 million tons of corn, an increase of 10-fold from the previous marketing year, according to the U.S. Department of Agriculture. The country has already said it’s preparing to invite bidders to supply 750,000 tons. Purchases by Mozambique, which was hit by both cyclones and dry weather, are seen at a 14-year high. In East Africa, Kenya may require imports of as much as 1.3 million tons after a drought.

Tanzania, geographically in the middle of the three, may help to ease the shortage. The nation said it’s received a formal request from Kenya to supply 1 million tons and also aims to sell 700,000 tons to Zimbabwe. If realized, that would be more than triple the amount of grain the nation has ever exported in a season, according to USDA records.

“Most of this shortfall could be covered by a shift in regional and continental trade flows,” said Alessandro Costantino, an East Africa economist for the United Nations’ Food & Agriculture Organization in Rome. Kenya should have finances to import from abroad if supply from the region isn’t enough, he said.

Imports of coarse grain in sub-Saharan Africa may reach 4.8 million tons in the year that begins in October, according to the USDA. Though that’s a small fraction of global trade, it marks the region’s highest demand in three years.

Outside of Africa, Mexico is one of the sole nations with large supplies of white corn, said Wandile Sihlobo, chief economist at South Africa’s Agricultural Business Chamber. The country’s exports are forecast to nearly double in the 2019-20 season.

South Africa, traditionally Africa’s top corn producer, is forecast to have a corn surplus of about 1.1 million tons, Sihlobo said by email. Not all of that is white maize and the figure is much lower than the prior season. The country is likely to sell its extra corn to neighbors Botswana, eSwatini, Namibia and Lesotho, Sihlobo said. South Africa will publish updated crop estimates on Wednesday.

Tanzania may not have enough grain to fully supply 700,000 tons to Zimbabwe, and the nation may buy some from Mexico, according to USDA’s Foreign Agricultural Service. Still, Tanzania’s government has said it has a large surplus of corn that it can sell to regional markets.

“If what Tanzania promises materializes, it will be of great help to the southern and eastern Africa region,” Sihlobo said. “It’s really a wait-and-see situation.”

Aside from corn, the region’s consumption of wheat and rice has also been climbing. Consumer preferences are shifting, and imports may gain further amid the drought, Gerald Masila, executive director of the Nairobi-based Eastern Africa Grain Council, said in an interview at the International  Grains Council conference in London.