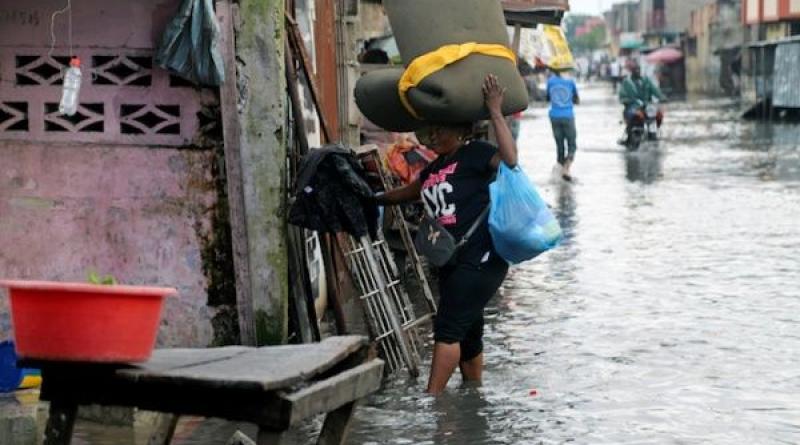 KINSHASA (Reuters) - Paulin Bolumbu thought his family lived a safe distance from the Congo River, but in November the water overran its banks by more than half a kilometer, inundating his corrugated iron house.

“The river often bursts its banks but it never came up to this level,” said Bolumbu, clambering across wooden planks he had installed to create a makeshift floor above the floodwater for the family’s beds and clothing.

A television and radio were stacked higher still atop a wooden cabinet.

Democratic Republic of Congo is one of several central African countries to be hit by severe flooding in recent months, which researchers have attributed to increasingly intense and unpredictable weather linked to global warming.

Flooding in November in the capital Kinshasa led to landslides that killed 39 people.

The rains can be deadly in other ways, too.

Henry Bofason said two of his children died of typhoid on Dec. 29 and Jan. 2 because of unsanitary conditions in the church where they and more than 700 others had taken shelter.

“The children are always sick here because the environment is not healthy,” Bofason told Reuters while seated next to his son’s coffin alongside his wife and his remaining five children.

In the Manzenze and Ngewele neighborhoods, residents say the flooding is the worst in at least 15 years, keeping dozens of city blocks underwater for the last two months.

Hundreds of residents have abandoned their homes altogether. Paulin, a motorcycle taxi driver who didn’t give his last name, now ferries clients by canoe around canals choked with leaves and plastic bottles.

John Waku, the operations manger for Congo’s national meteorology agency, said the floods were the result of climate change coupled with poor drainage and other infrastructure in Kinshasa, a city of more than 12 million people.

Heavy rainfall in Congo’s northern rainforest swelled the Ubangi River, a tributary of the Congo, in October and November, sending unusually high volumes of water rushing toward Kinshasa.

“Climate change can manifest itself in an increase in the frequency or the intensity of meteorological phenomena. There are those two elements here,” Waku said.

South Sudan declared a national emergency in October after 420,000 people fled from floods. Researchers tied the heavy rains to warmer-than-usual waters in the western Indian Ocean that caused increased evaporation. 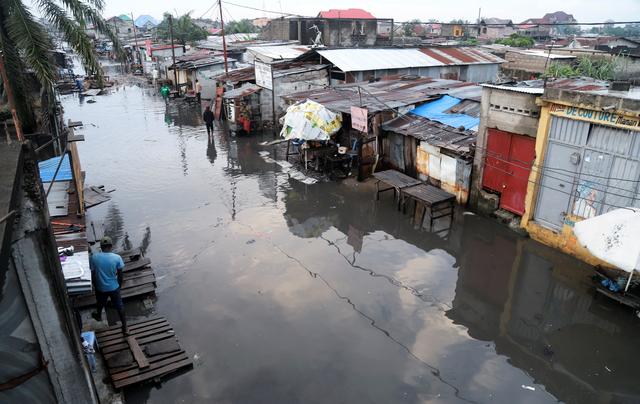