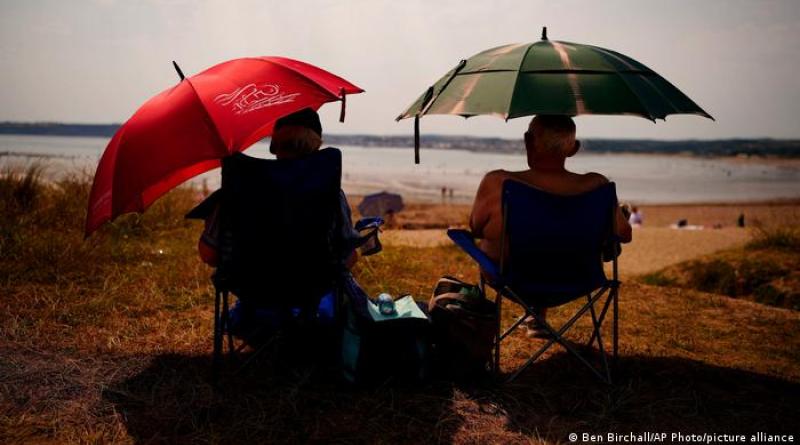 The hot weather hitting Europe this week is set to reduce power output from France’s fleet of nuclear reactors, risking even higher electricity prices as the continent endures its worst energy crunch in decades.

Warm temperatures in the Garonne River mean that production restrictions are likely at the Golfech nuclear plant in the south of the country from Thursday, Electricite de France SA said in a filing with grid operator RTE. Temperatures in France and the Iberia region will be well above average over the next five days and even hotter next week, according to forecaster Maxar.

The reduction is another blow to EDF, whose 56 reactors -- vital to Europe’s power supplies -- are already operating at about half their capacity because of maintenance and checks. The utility has estimated that output this year will be the lowest in more than 30 years, meaning neighboring countries may have to seek alternative sources to keep the lights on.

The heatwave will increase demand for cooling from the many millions of homes, offices and factories hit by soaring temperatures. That’s driving up power demand and risks straining the system even further at a time when many plants are already shut down for annual summer maintenance. 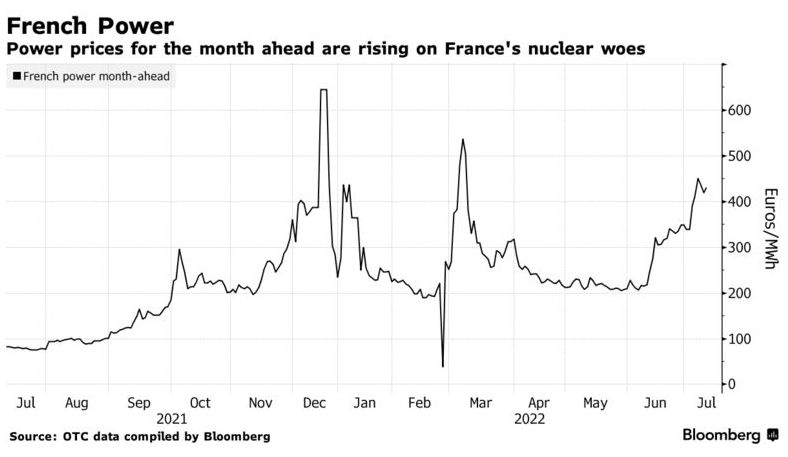 French power prices for next month rose 4.2% Tuesday to 437.50 euros per megawatt-hour, near a record high for August, according to broker data compiled by Bloomberg.

To make matters worse, it’s hardly blowing in Germany, Europe’s biggest producer of electricity from wind turbines. By pivoting toward green energy, the region is benefiting from cheap prices when it’s windy, but when there’s little of it, the old plants burning coal and natural gas become more vital. Output from wind was below 3 gigawatts on Tuesday morning, compared with a record of almost 50 gigawatts in February. 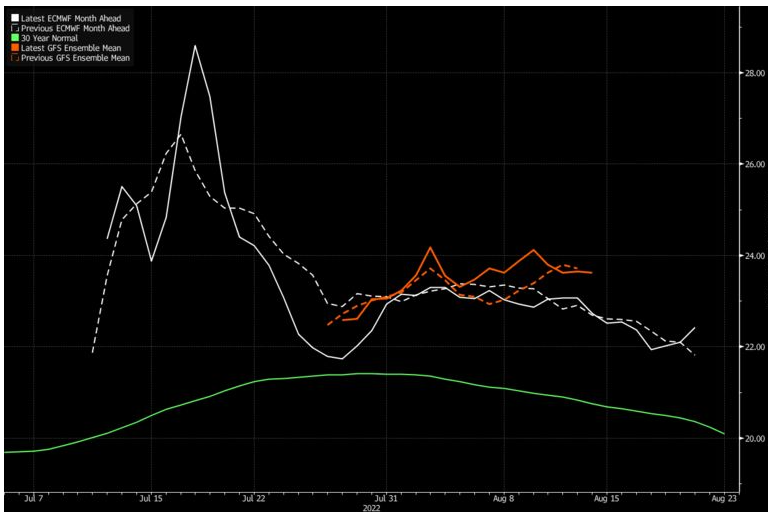 The heat, a lack of wind and low nuclear output in France is sending already elevated prices soaring further. French electricity prices for Tuesday jumped to the highest since April 3, trading at 432.43 euros a megawatt-hour in an auction on EPEX Spot SE.

Temperatures in Paris are forecast to reach 35 degrees Celsius (95 Fahrenheit) on Wednesday, rising to as high as 38 Celsius next week, according to Maxar. Madrid will hit a sizzling 41.5 Celsius on Thursday.

Under France’s rules, EDF must reduce or halt nuclear output when river temperatures reach certain thresholds to ensure that the water used to cool the plants won’t harm the environment when put back into the waterways. The utility earlier this month warned of impending output cuts.

By Lars Paulsson and Todd Gillespie