The EU Is Fueling Hunger in Africa. 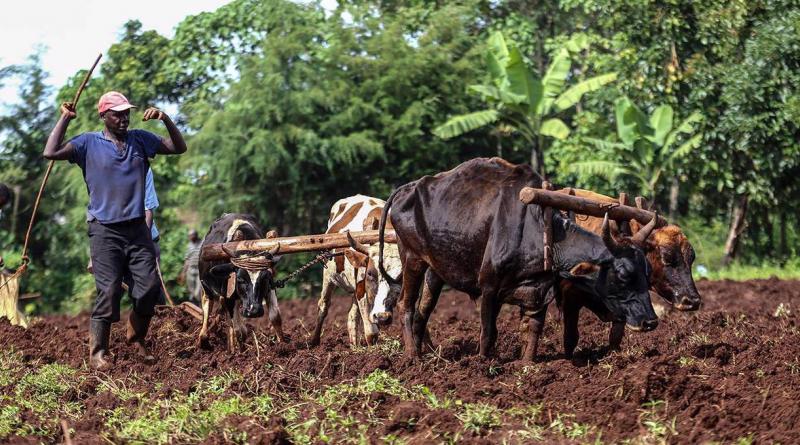 Africa is becoming a new COVID-19 epicenter. Unless the European Union urgently rethinks its protectionist trade policies, a sharp uptick in food insecurity will turn the COVID-19 crisis into a catastrophe.

BANJUL – Africa is becoming a new COVID-19 epicenter. In the recent weeks, South Africa reported a 60% increase in natural deaths, suggesting a higher COVID death toll than reported. And the World Health Organization recently warned that cases are proliferating across Sub-Saharan Africa, including my country, The Gambia. Unless the European Union urgently rethinks its protectionist trade policies – beginning with the Common Agricultural Policy – a sharp uptick in food insecurity will turn the COVID-19 crisis into a catastrophe.

The CAP subsidizes European farmers to the tune of €42 billion ($50 billion) annually, thereby giving them an unfair advantage in foreign markets, such as Africa. As a report released by the NGO network Coordination SUD last year showed, such subsidies, together with the abolition of market-regulation mechanisms (such as milk quotas), have strengthened EU producers’ ability to export agricultural products at low prices to markets in the Global South.

Such policies distort markets, destabilize developing-country economies, and destroy livelihoods. For example, the CAP has devastated agricultural production in West Africa, particularly for wheat and milk powder. And the problem extends far beyond Africa: local industry and agriculture in Caribbean and Pacific countries have been undermined as well.

The EU’s protectionist policies mean that developing-country farmers, who have access to significantly less support, cannot compete with European imports. In fact, though 60% of Sub-Saharan Africans are smallholder farmers, a staggering 80% of local food needs are met by imports. EU subsidies to its own farmers, along with what the UN Food and Agriculture Organization describes as “unfair trade agreements,” have enabled EU farmers to undersell African farmers dramatically. This protectionist stifling of local producers partly explains why, even before the pandemic, half of Africa’s population faced food insecurity.

Last month, there was a glimmer of hope that the EU was finally rethinking the CAP, at least within Europe. One proposal that was put forward focused on helping small farmers in Europe by expanding community-supported agricultural (CSA) schemes, which directly connect farmers to consumers. Proposed reforms also reflected criticisms of industrial animal farming and trade in livestock over long distances – practices that facilitate the emergenceand spread of viral infections similar to COVID-19.

But this approach once again remains inherently detrimental to African producers, who would continue to be subject to EU protectionism in the guise of “free trade.” It is precisely in regions like West Africa, where a large number of smallholder farmers are currently being crowded out of the market by protectionist policies, that CSA schemes would be particularly valuable.

What is needed from the EU is a fairer, more holistic approach that accounts for the effects of its policies on African farmers. In the meantime, European policymakers have shelved the proposals until at least the end of 2022, owing to the pandemic.

The CAP is not the only EU policy that is devastating developing-country agriculture. Its 2019 ban on palm-oil imports, ostensibly implemented to prevent deforestation, is similarly misguided.

A blanket ban on palm oil – a common food product also used in biofuels – may simply shift demand to less efficient, more land-intensive agricultural products, such as sunflower and rapeseed oil, resulting in even higher rates of deforestation and greater environmental strain. (Some policy experts believe that this is the point: despite the guise of environmentalism, the ban is fundamentally a protectionist effort aimed at boosting the EU’s own oilseed industries.)

Whatever the motivation, there is no doubt that the ban devastates the livelihoods of smallholder farmers, who comprise 50% of palm-oil producers. Add to that the decline in overall demand caused by the COVID-19 crisis, and smallholder farmers in Malaysia – one of the world’s largest palm-oil producers – are facing a veritable “survival crisis,” despite the tremendousprogress the country has made in ensuring sustainable production.

Again, there is some evidence that the EU is rethinking its approach. But the needed changes are far from guaranteed.

As the COVID-19 crisis escalates in Africa, the economic, social, and, eventually, political fallout will be significant. The harmful effects of poorly conceived policies and practices will intensify and multiply. And, in lieu of strong action, millions of people will go hungry.

If the EU really wants to help Africa, during the pandemic and beyond, it must urgently reform its trade policies to ensure a level playing field and enhance food security. We are all in this crisis together. We in West Africa hope that we will not be left alone in addressing it.