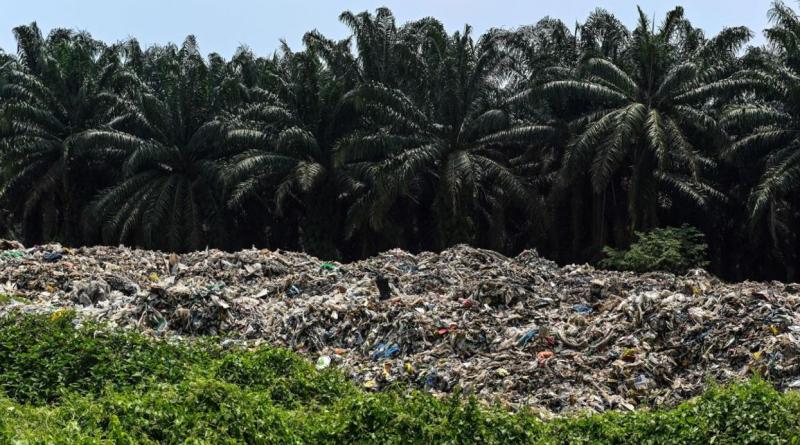 The European Union's executive branch on Tuesday announced new rules for plastic waste shipments—including a ban on some exports to poorer countries—that will take effect on January 1 as part of the bloc's Circular Economy Action Plan and European Green Deal.

The changes to the bloc's 2006 Waste Shipment Regulation will apply to exports, imports, and intra-E.U. shipments of plastic waste, according to a statement from the European Commission. Various shipments to and from the E.U.'s 27 member states will be subjected to a "prior notification and consent procedure."

Starting next year, bloc members may no longer export plastic waste that is hazardous or hard to recycle to nations that are not a part of the Organization for Economic Cooperation and Development, and the export of clean, non-hazardous waste to non-OECD countries will only be allowed under certain conditions laid out by the importer. 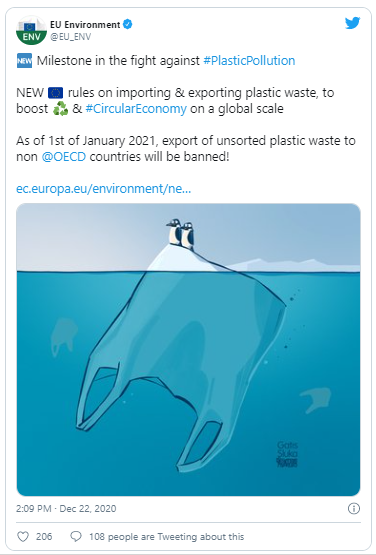 The rules come in response to a 2019 conference at which 187 countries agreed to add restrictions on plastics to a 1989 United Nations treaty—a deal that was praised by public health and environmental advocates. According to the commission, "By banning the export outside the OECD of plastic waste that is difficult to recycle, the E.U. is actually going further than the requirements of the Basel Convention."

As Virginijus Sinkevičius, commissioner for environment, oceans, and fisheries, put it: "These new rules send a clear message that in the E.U. we are taking responsibility for the waste we generate."

"This is an important milestone in fighting plastic pollution, transitioning shifting to a circular economy, and achieving the aims of the European Green Deal," he said.

The German broadcaster Deutsche Welle noted that "the moves follow China's 2018 ban on plastic imports and statements from environmentalists that waste was ending up in other Asian nations, such as Malaysia, and then being dumped into ocean waters."

Citing Sinkevičius, DW added that last year, "the E.U. exported 1.5 million tons of plastic waste, mostly to Turkey and Asian countries such as Malaysia and Indonesia." 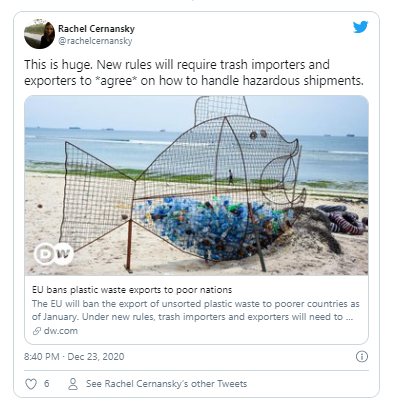 Greenpeace Malaysia detailed in a May report how plastic waste from developed nations is adding to the country's environmental crisis.

"When plastics are exported from one country to another they can bring with them a wide range of hazardous chemicals," explained Kevin Brigden, senior scientist of Greenpeace Research Laboratories. "Improper storage and treatment can later release these chemicals into the local environment, and burning can even generate new hazardous chemicals."

Heng Kiah Chun, a Greenpeace Malaysia campaigner, said at the time that "the illegal dumping of plastic waste from over 19 countries worldwide has left an indelible mark on Malaysia and other countries in Southeast Asia."

"Aside from the ongoing Covid-19 pandemic, communities in Selangor and Kedah have another invisible enemy to face—chemical contaminants that remain in our environment with the possibility of entering our food chain," the campaigner added. 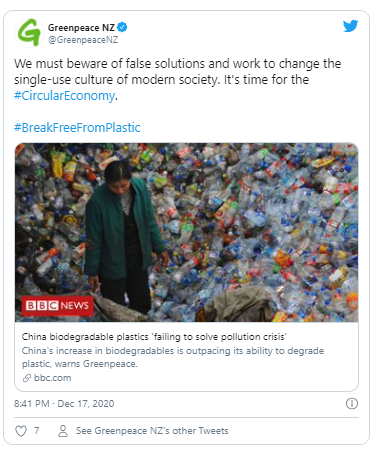 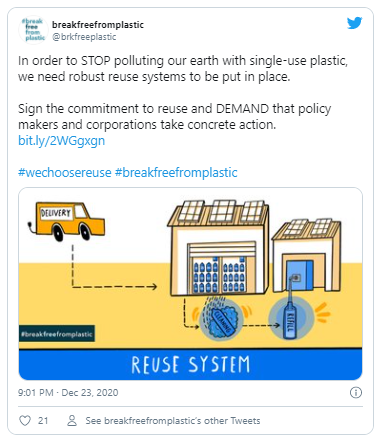 Greenpeace Germany campaigner Manfred Santen emphasized in May that exporting countries like his "must take responsibility for its wastes" and "stronger regulations are needed to drastically reduce the production of unnecessary single-use plastic packaging by multinationals like Nestle, so waste does not need to be exported in the first place."

Price of single-use plastic bags in England to double to 10p.