From Environmental Leader to ‘Worst Company in the World’. 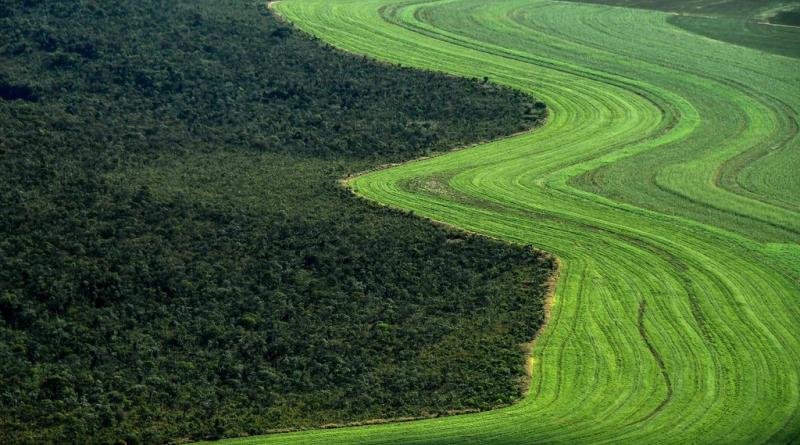 For years, the American agricultural giant Cargill has been on relatively good terms with environmental advocates, praised for agreeing to a landmark moratorium on buying soybeans grown on deforested land in the Amazon rain forest.

In recent weeks, though, that relationship has soured over the company’s refusal to agree to a similar moratorium in another environmentally sensitive region of Brazil and, more broadly, over its failure to meet its anti-deforestation targets. This month, the environmental advocacy group Mighty Earth released a report titled “Cargill: The Worst Company in the World.”

The fierce reaction shows how corporations that fall short of ambitious environmental commitments can be received. And it demonstrates the speed with which a company can go from environmental leader to scourge in the eyes of some advocates.

“What was disappointing was that Cargill got lauded and then didn’t follow through,” said Nathalie Walker, a director at the National Wildlife Federation. “I don’t think anyone is taking a personal view or an emotional view about a company. It’s judging them by their actions.”

Cargill, which acts as a middleman between farms and big food companies, is one of the top exporters of Brazilian soy. Before it committed to the soy moratorium in 2006, advocacy organizations like Greenpeace had pressured the company to stop working with farmers who cleared native vegetation in the Amazon, where rampant deforestation was creating an environmental catastrophe. Eventually, Cargill agreed to the moratorium — a move that environmental groups say has helped significantly reduce deforestation in the region.

The largest privately owned company in the United States, Cargill has never exactly been the darling of the environmental community. But over the years, advocacy groups, often pugnacious in their criticism of powerful corporations, have occasionally lauded the company for its promises to do better. Cargill even received a Leadership in Environment Award for its role in the Amazon moratorium from the Keystone Policy Center, a nonprofit focused on compromise and civil dialogue.

Recently, however, the good will seems to have evaporated. Last month, Greenpeace questioned the company’s commitment to ending deforestation in Brazil, shortly before Mighty Earth released its scathing 7,000-word condemnation of Cargill, which criticized the company for pollution and meat contamination, as well as deforestation.

Much of the recent criticism of Cargill is focused on thecontinuing deforestation in the Cerrado, a vast Brazilian savanna where the company buys large quantities of soy from local farmers. The Cerrado accounts for around 60 percent of Brazil’s total soy production, roughly 20 times the amount grown in the Amazon.

“The economic stakes are much greater,” said David Cleary, the director of global agriculture at the Nature Conservancy.

Cargill’s experience also highlights the thorny politics facing American companies in Brazil, whose new populist president, Jair Bolsonaro, has sought to roll back environmental regulations and accelerate economic growth. The Brazilian section of the Amazon has seen a major uptick in forest loss since Mr. Bolsonaro took office in January.

Over the past few years, advocates have called for the company to establish a soy moratorium in the Cerrado, which has lost more than half its native plant life and has significantly less protection under Brazilian law than the Amazon does. Experts say the damage to the region has disrupted the local water system and exacerbated climate change.

Cargill has refused to agree to a Cerrado moratorium. Last month, the company acknowledged that it would miss an environmental target it had set a decade ago: the elimination of deforestation from its supply chain by 2020. Instead, it released a new “soy action plan” that pledged $30 million toward the development of “economically viable options for farmers as alternatives to converting native vegetation.”

The plan is light on specifics. But, in an open letter sent to Brazilian farmers this month, Cargill made its opposition to a second moratorium explicit, assuring the agricultural community that “we understand that this is not the appropriate instrument to solve the issue.”

Glenn Hurowitz, who runs Mighty Earth, said Cargill’s chief executive, David MacLennan, told him privately this year that the company would get behind a Cerrado moratorium.

“They’re speaking out of both sides of their mouth,” Mr. Hurowitz said. “They’re being two-faced in a fairly transparent way.”

Ms. Kimmelshue denies that the company ever committed to instituting a new moratorium and insists that the situation in the Cerrado is more complicated than in the Amazon.

One important distinction: While Cargill was the largest soy trader operating in the Amazon, it faces significantly more competition, both local and international, in the Cerrado. Chinese companies buy most of Brazil’s soy.

“While we could stand up and say we’re not going to buy anymore, and declare a moratorium individually, that just pushes the problem,” Ms. Kimmelshue said. “We exit, and somebody else moves in. We’ve got to get more deeply involved to help find a solution.”

Another potential complication is the importance of soy to the Brazilian agriculture industry. A Cerrado moratorium would likely create tensions with local farmers, who are legally entitled to clear vegetation across much of the region, said Carlos Klink, Brazil’s former national secretary for climate change. “They want to be a part of the decision making,” Mr. Klink said.

But environmental advocates argue that Brazilian farmers could continue growing soy on already-cleared land in the Cerrado without damaging the habitat.

“There’s nine times more cleared land than there is habitat you could clear,” said Ms. Walker of the National Wildlife Federation. “There’s a real win-win. Farmers can produce more and expand.”

Environmental advocacy groups are not alone in their efforts to protect the Cerrado. A number of business coalitions are working on solutions to deforestation in the region, including the Cerrado Work Group, a collaboration among soy traders and Brazilian nongovernmental organizations. And dozens of companies — including McDonald’s, one of Cargill’s biggest customers — have signed the Cerrado Manifesto, a pledge to halt forest loss associated with the agriculture business.

McDonald’s did not respond to a request for comment on Cargill’s opposition to a Cerrado moratorium.

Dr. Cleary, the Nature Conservancy official, said he expected Cargill and other companies to eventually agree to a cutoff date after which they would not buy soy from newly cleared areas.

“What’s going to happen in the Cerrado is some kind of agreement with a financial package,” he said. “And it would have to be big enough to encourage enough farmers to move in that direction.”

Still, at least for now, Cargill is being pilloried by advocacy groups for its failure to meet its deforestation target and for its opposition to a Cerrado moratorium. Cargill is not the first major company to fall short of an environmental commitment, and it is unlikely to be the last.

“As more companies step up to the plate and start doing something, there are going to be more companies that are unable to meet those commitments,” said Nancy Landrum, an expert on sustainable business management at Loyola University Chicago. “I just hope they can learn from their mistakes.”

Ms. Kimmelshue, the sustainability officer, acknowledged that Cargill had not acted quickly enough to combat deforestation. “We need to move with a greater sense of urgency,” she said. But she said the company did not regret making ambitious commitments.

“We feel really proud that we were willing to make the commitment and that because of the commitment, we were able to make progress,” Ms. Kimmelshue said. “The progress didn’t get up to where we wanted it to be, but that doesn’t mean we are stopping.”