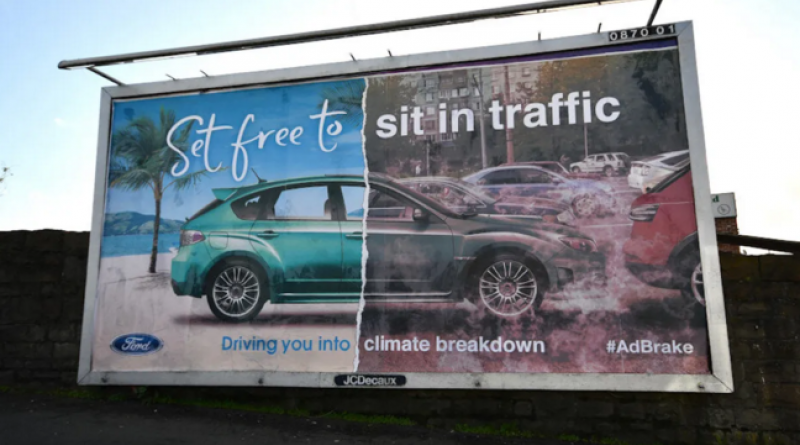 To meet its climate targets, the UK should ban advertisements for gas-guzzling SUVs, according to a report from a British think tank that wants to make SUVs the new smoking, as the BBC reported.

The UK has set the ambitious target of net zero emissions by 2050, but that will be difficult to achieve if the public's appetite for large, private cars does not subside.

The report, called Upselling Smoke, from New Weather Institute and climate charity Possible, says that SUV advertising should be compared to tobacco advertising, blaming the vehicles for creating a "more dangerous and toxic urban environment."

It says that if the UK is to meet its goal of being carbon neutral by 2050, drivers must be discouraged from buying large, heavily polluting vehicles, as the Edinburgh News reported.

The New Weather Institute's report notes that the size, weight and drag of SUVs means they have a larger carbon footprint than your average car. Despite their enormous carbon footprint, car manufacturers spend millions to increase their share of the UK market. The marketing campaigns are working, too. Just last year, more than 150,000 new cars solved were over 4.8 meters long, which is too large to fit in a standard parking space, according to The Guardian. That's a stark contrast to fullyelectric vehicles, which were only 2 percent of new cars sold. Globally, SUVs account for 60 percent of the increase in the global car fleet since 2010, according to the report.

The New Weather Institute used the 4.8 meters length as its benchmark, arguing that a smoking-style ban should be in place for any vehicle longer than that, since those vehicles emit more than 160g/km of CO2, as the Edinburgh News reported.

"The UK Government's plan for reaching net zero emissions relies on British drivers quickly switching away from buying traditional petrol and diesel cars to cleaner electric vehicles instead," the report reads, according to the Edinburgh News.

"That is now starting to happen, but there's a problem: we've been switching to buying SUVs even faster, and as a result the average carbon emissions of a new car sold in the UK have been going up instead of down for the past four years."

Andrew Simms, co-director of the New Weather Institute, said, according to the BBC: "We ended tobacco advertising when we understood the threat from smoking to public health.

"Now that we know the human health and climate damage done by car pollution, it's time to stop adverts making the problem worse. In a pandemic-prone world, people need clean air and more space on town and city streets."

He added that advertisements that promote the biggest and worst emitting SUVs were in effect "upselling pollution."

The report noted that the car industry advertises SUVs as being safer because of their size, but in the long run their pollution creates a far more toxic and dangerous environment for both drivers and pedestrians that will harm public health.

Robbie Gillett, a campaigner at Possible, said, as The Guardian reported: "Whilst millions of us are trying to reduce our carbon footprints to tackle the climate crisis, we have a multibillion-pound car and advertising industry aggressively marketing highly polluting vehicles – many of which are literally too big for UK streets.

"Their misleading ads promise us freedom and escape – but the reality of urban road conditions is grinding traffic jams, toxic air pollution and spiraling carbon emissions from road transport that will trash our climate goals. Let's create space to breathe and space to think – free from the advertising pressures of big polluters."